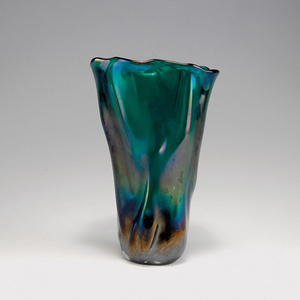 VENICE, Italy – When a famous U.S. architect visited Venice’s celerated Venini glass works in 1951, he was so entranced by a green and black bowl that turned red in the light he ordered 25 replicas.

But the glaziers never managed to reproduce it and today the bowl has pride of place at an exhibition paying tribute to a golden age of 20th century glassmaking through the experimental work of architect Carlo Scarpa (1906-1978).

Over 300 bowls, vases and glasses of myriad patterns, textures and colors are on display at the new Stanze del Vetro (Glass Rooms) museum on the tiny San Giorgio Maggiore island – the latest addition to Venice’s cultural landscape.

“When you see glass that is made as beautifully as this, you understand that authenticity is really at the very core of what we are trying to show,” said Annabelle Selldorf, a New York-based architect who designed the space.

The exhibition, which runs until Nov. 29, explores the work of Scarpa when he was creative director at the Venini glassworks between 1932 and 1947.

The designs are startlingly modernist and minimalist, with a focus on geometric patterns and abstract concepts that seems ahead of its time.

“He was a real visionary,” Marino Barovier, the exhibit’s curator, told AFP.

“He dispenses with stems, handles. He does away with classical forms,” said Barovier, adding that Scarpa during his time at the Venini glass works “experimented, invented and shifted forms towards absolute minimalism.”

The show also reveals Scarpa’s fascination with the craftsmanship itself, as illustrated by a large black-and-white photograph that shows him in suit and tie watching carefully as a glazier works a piece of glass fresh from the kiln.

“Scarpa was a designer, a researcher who wanted to get to know the material in depth by working with master glaziers,” said Barovier, a respected art historian and scion of one of the oldest families of Murano glassmakers.

Glass produced on the island of Murano – one of the dozens of outcrops in the Venice lagoon – has a history dating back to the early Middle Ages when the city was an international trading hub and is popular around the world.

Barovier said the experimentation between the 1920 and 1970s encouraged by a greater artistic attention represented “a peak in the quality of production.”

The show also helps viewers understand Scarpa’s future career as a furniture designer and architect who was deeply influenced by Japanese culture and whose designs of gardens, cemeteries and buildings were imitated around he world.

Scarpa graduated in fine arts and never qualified as an architect since there was no architecture faculty in Venice in the 1920s – a fact that was to dog his career and prompted Italy’s Union of Architects to sue him.

He died in an accident in Japan in 1978 when he fell down some stairs, before he could travel to Italy to pick up an honorary architecture degree awarded to him by Venice university in a tardy recognition of his genius. 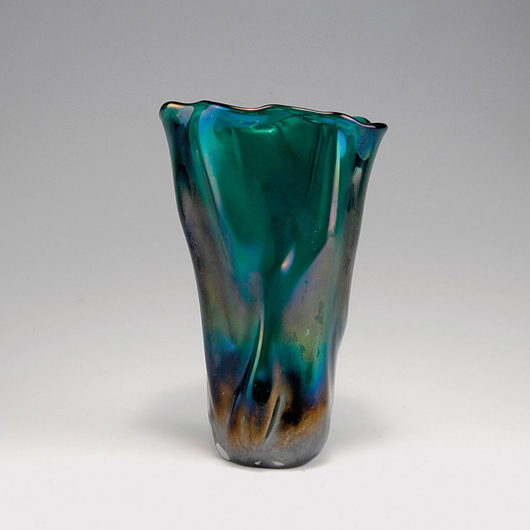