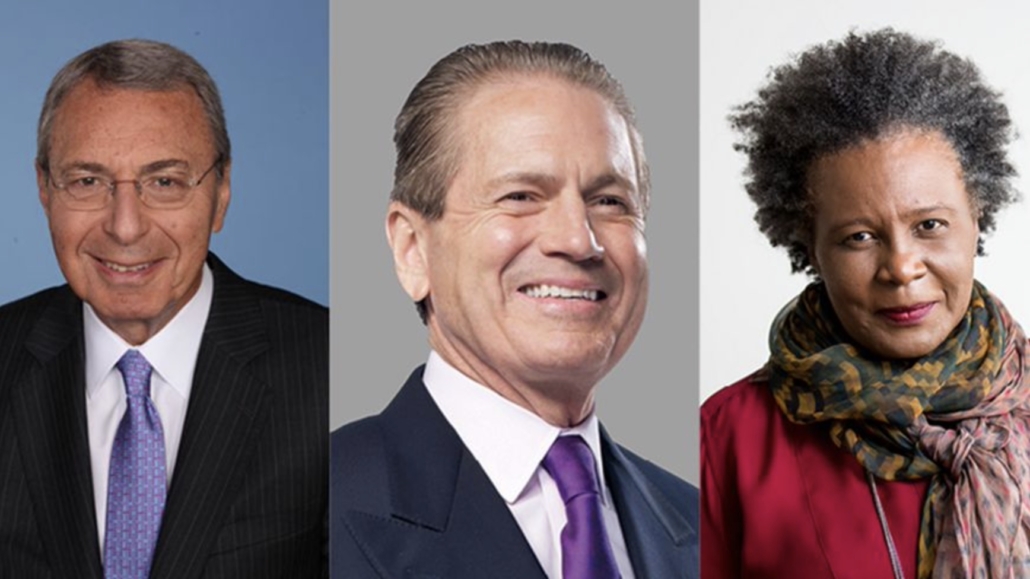 NEW YORK — The Solomon R. Guggenheim Foundation Board of Trustees announces, effective as of November 1, the election of current Trustee J. Tomilson Hill to Chair of the Guggenheim Board of Trustees, succeeding William L. Mack who is being elected to Chair Emeritus after 16 years of service. At an October 4 meeting, the board confirmed this leadership transition and also elected poet, playwright, and essayist Claudia Rankine as a member of the Board of Trustees.“It has been an immense honor to serve the Guggenheim as Chair over the last 16 years and I couldn’t be more pleased to see Tom stepping into this leadership role,” said Mack. “I am incredibly proud to have supported the foundation as we expanded our international presence, brought groundbreaking exhibitions and new artists’ voices to the museum, and continued to engage our audiences through innovative and exciting initiatives. I am grateful to have the opportunity to continue to be a trustee, working closely with Tom, and to welcome Claudia, and collaborate with our colleagues on the Board in the years to come.”

Hill said, “it is an honor to take on this role at a time when institutions everywhere are undergoing great change. The Guggenheim is uniquely positioned for this moment, as it engages with audiences on both a local and international scale, championing the next generation of artists and leaders within the arts,” said Hill. “I am particularly interested in broadening access to arts education, especially for teens, and I look forward to integrating this work into my broader responsibilities as Chair. I am excited to continue my work with our Board President Wendy Fisher, Richard, and the trustees. I’d like to thank Bill for his many years of service to the Guggenheim and am very glad to welcome Claudia, whose engagement with international institutions to facilitate exhibitions and programs around issues of equity will be incredibly valuable.”

Rankine stated, “It’s truly an honor to be joining the Board of Trustees, serving a museum that has done so much for the advancement of both literary and visual culture. It is with great anticipation and excitement that I enter into the Guggenheim’s conversations in service of artists, writers, and community.”

About J. Tomilson Hill
J. Tomilson Hill joined the Board in 2019 and is a founding member of the Guggenheim International Director’s Council. In 2019, he and his wife, Janine, opened the New York City-based Hill Art Foundation, a public exhibition and education space presenting rotating exhibitions and ongoing arts education programs. Earlier this year the Hill Art Foundation provided a major grant to expand the Guggenheim Teens internship program. Hill is a private investor whose career has spanned both investment banking and the asset management business during the last five decades. He is an experienced leader in both business and philanthropy. After serving as co-President and co-CEO of Lehman Brothers from 1990 to 1993, Hill joined the Blackstone Group as a general partner and member of the management committee and served as President and CEO of Blackstone Alternative Asset Management for 18 years. From March 2007 to the end of 2018, Hill was the Vice Chairman of Blackstone and served as a member of the Board of Directors. In March 2021, Hill was named chairman of the private investment business for Two Sigma, covering the firm’s three private equity and venture capital units.

About William L. Mack
William L. Mack joined the Board of Trustees of the Guggenheim in 2003 and has served as Chair of the Board for 16 years. He is a real estate investor and founded Mack Real Estate Group with his two sons, specializing in domestic and international real estate development opportunities and the property management of the company’s commercial assets. Prior to launching Mack Real Estate Group, Mack was the Founder and Chairman of AREA Property Partners (formerly Apollo Real Estate Advisors). He is President and CEO of the Mack Organization, a national owner, investor, and developer of warehouse and retail facilities. Mr. Mack is a former Director of Florida Community Bank, a Director of Hudson’s Bay Company, and a former member of the Regional Advisory Board of JP Morgan Chase.

About Claudia Rankine
Claudia Rankine is the author of five books of poetry, including Citizen: An American Lyric and Don’t Let Me Be Lonely: An American Lyric; three plays, including Help, which premiered in March 2020 at The Shed, New York, and The White Card, which premiered in February 2018 at the ArtsEmerson/American Repertory Theater in Cambridge, Massachusetts, and was published by Graywolf Press in 2019; and numerous video collaborations. Her recent collection of essays, Just Us: An American Conversation, was published by Graywolf Press in 2020. She is also the coeditor of several anthologies including The Racial Imaginary: Writers on Race in the Life of the Mind. In 2016, Rankine cofounded The Racial Imaginary Institute (TRII), a group of writers, artists, activists, and thinkers that collaborates with both US-based and international institutions to curate events and exhibitions that engage the subject of race. Rankine is the recipient of the Library of Congress’s Rebekah Johnson Bobbitt National Prize for Poetry, the Poets & Writers’s Jackson Poetry Prize, and fellowships from the John Simon Guggenheim Memorial Foundation, the Lannan Foundation, the MacArthur Foundation, United States Artists, and the National Endowment for the Arts. Rankine is a former Chancellor of the Academy of American Poets. She is a professor of creative writing at New York University. 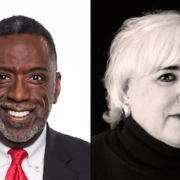 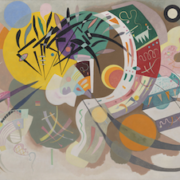 Kandinsky: Around the Circle opens Oct. 8 at the Guggenheim