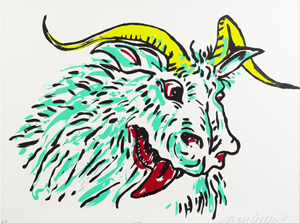 SYDNEY (ACNI) – Australian media sources are reporting the death of “grunge” artist and 2000 Archibald Prize winner Adam Cullen. He was 47.

Cullen, who died peacefully in his sleep at his Blue Mountains home west of Sydney, had fought a long battle against drugs and alcohol, and had been in poor health. A diabetic, Cullen reportedly took 11 medications daily.

He was also plagued by legal problems. Last year Cullen persuaded the courts to release him on a good behavior bond after he pleaded guilty to firearms possession and drink-driving charges. He was given a 10-month suspended jail sentence and ordered to undergo treatment for bipolar disorder.

Cullen was known for the controversial subjects depicted in his work. His style had, at times, been called simplistic, crude, adolescent or puerile, although he also had been voted one of Australia’s most collectible contemporary artists.

At his studio in the New South Wales town of Wentworth Falls, Cullen painted to the music of punk bands like Black Flag, the Meat Puppets and the Butthole Surfers. He employed a highly personal visual language to address a broad range of topics including crime, masculinity and cowboy culture. A favorite subject was Australian bush outlaw Ned Kelley.

Cullen merged high and low cultural influences in works that are distinguished by their iridescent colors and bold gestural marks.

Copyright 2012 Auction Central News International. All rights reserved. This material may not be published, broadcast, rewritten, or redistributed. 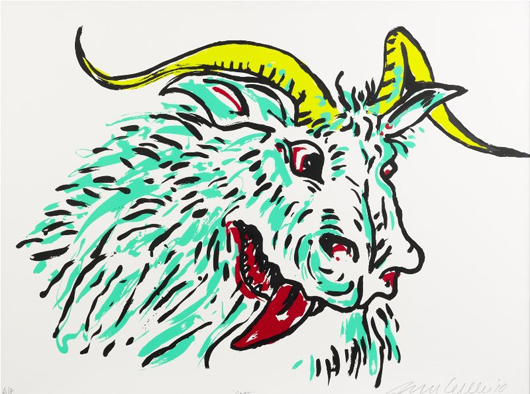