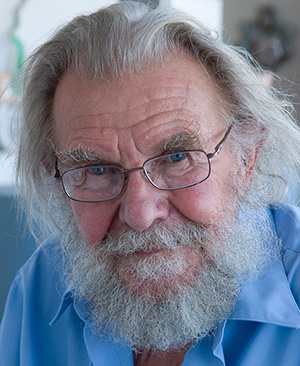 LUCAS, Kan. (AP) – Porcelain artist Eric Abraham, who was known for his community arts advocacy in the northwest Kansas town of Lucas, has died at age 76.

The Cremation Center of Kansas City said Tuesday that funeral arrangements are pending for Abraham, who died Saturday.

The Hays Daily News reported Abraham was a key player in many artistic ventures in Lucas.

“It’s a tremendous loss for the community,” said Rosslyn Schultz, manager of the Grassroots Art Center in Lucas.

Abraham was one of the first to suggest the community needed a public restroom, given its goal to bring people to the town. He created the porcelain artwork of swirling water that now welcomes visitors to Lucas.

Abraham moved from eastern Kansas to Lucas in 2004 and converted a former auto dealership building into a studio and gallery. As owner of the Flying Pig Studio, Abraham was known for slipping a flying pig into all of his porcelain artwork. In his biography he called himself the “World Renowned Professional Professor of Porkelain Proficiency.”

He was known for being able to see a project from the abstract and then come up with ideas to keep the price low enough that the community could afford it.

“He was such a positive face here,” Schultz said. “It will be a big hole on Main Street.”

Abraham was born Nov. 27, 1936, in Harlem in New York to parents who were artists. After his honorable discharge from U.S. Air Force Intelligence, he received a bachelor of fine arts in painting from the Kansas City Art Institute and his master’s degree in ceramics from the Univeristy of Nebraska.

He taught ceramics in the early 1970s at Kansas State and later at several other universities before striking out on his own.

Abraham was an instructor at SummerVail Art Workshops for 12 years and has over the years continued to teach workshops and served as artist in residence for many communities throughout the Midwest.

He lived in Denver for 16 years, operating his ceramics studio in Denver until 1999, at which time he moved it to Wabaunsee, Kan. In 2004, he relocated to Lucas to realize his dream by opening the Flying Pig Studio and Gallery. From the early ’70s until present time, Abraham showed his work at six to seven art fairs and festivals per year, never retiring.

His works of art are currently on display at the Strecker Nelson Art Gallery in Manhattan, Kan., as well as the Courtyard Gallery in Lindsborg, Kan.

There will be a potluck celebration of Abraham’s life on Saturday, Sept. 14, at the Zeandale Community Center on Highway 18.

Lucas, Kan., will also hold a celebration of Abraham’s life. For more information email the Lucas Chamber of Commerce at: lucascoc@wtciweb.com.

Donations may be made to the Kansas City Art Institute Student Scholarship Fund or the Grassroots Art Center in Lucas, Kan 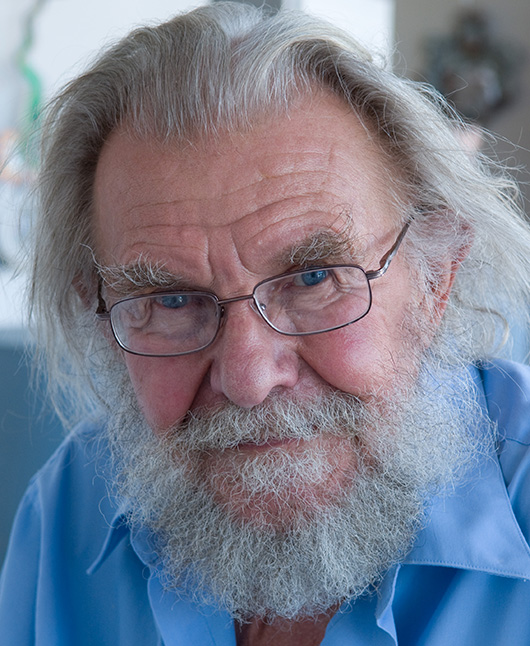