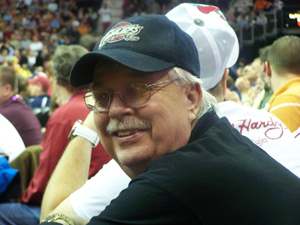 FINDLAY, Ohio – The auction community lost a prominent leader and good friend on Dec. 12, when Jan Sorgenfrei, owner and manager of Old Barn Auction, died following a brief illness. He was 70 years old.

For the last 25 years, his auctions turned the historic barn into a popular destination for collectors of Indian artifacts, antique guns, toys, banks, Civil War and military items, glass toy candy containers and many other types of antiques. As his business grew, his specialty antique sales began to draw bidders from all over the country. When Internet bidding came along, Sorgenfrei quickly recognized its potential and used LiveAuctioneers to expand his auctions online.

Although he appreciated a wide variety of antiques, he had a passion for collecting Indian artifacts. A lifelong collector, he was a respected authority on both prehistoric and historic artifacts. He also was a past-president of the Archeological Society of Ohio. Thanks to Sorgenfrei’s expertise, Old Barn became one of the country’s leading auction houses selling Indian artifacts.

Many collectors saved Sorgenfrei’s auction catalogs to use as artifact reference guides.

One of the most noteworthy catalogs featured the Reinhart dovetail, which came from the collection of the late Roy Reinhart, a professor and paleontologist from Ohio. Bidders flocked to the sale to see the beautiful Indian spear point which had been stored from the 1940s until it sold at Old Barn in 2007. It was in perfect condition and measured more than 7 inches long, making it one of the finest examples of its kind. Sorgenfrei was thrilled when it sold for $121,000, which was the highest auction price ever recorded for a dovetail spear point.

Among his many other auctions, Jan Sorgenfrei’s Civil War, military, gun and sporting sales were well-attended events. Regular bidders knew they could count on him to assemble fascinating auctions which contained everything from outstanding firearms to unique conversation pieces.

Old Barn also became known as the place to go for auctions of glass toy candy containers, when Sorgenfrei sold the collection of Mary Louise Stanley of Buffalo, N.Y., in 1997. The 725-lot collection of little glass toys raised an impressive $196,000. At that sale, a Flossie Fisher tin candy container bed sold for a record high price of $5,100. It was the first of many record-setting bids at Old Barn’s numerous candy container auctions.

Jan Sorgenfrei was born in Kenton, Ohio. He graduated from Otterbein University in Westerville, Ohio. Later, he earned a master’s degree in education at Bowling Green State University. Before going into the auction business at Old Barn, he served as a vice president for Federated Department Stores. He also opened Painters Creek Antiques in Pandora, Ohio.

He leaves behind his wife, Vicky, who will continue to operate Old Barn Auction, after managing it with him for the last 12 years. He also is survived by two daughters, two sons, two stepsons and five grandchildren. 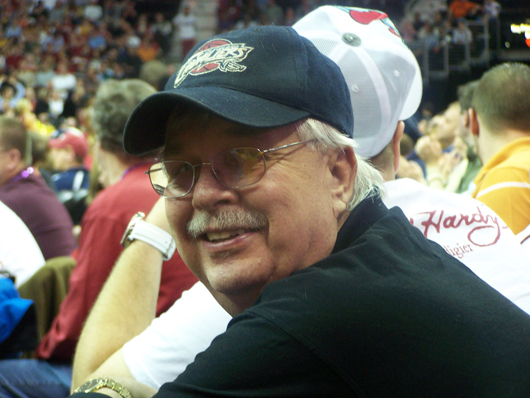