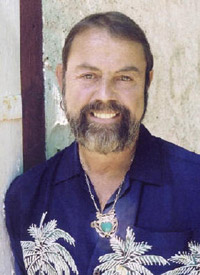 Image used by permission of the Estate of Richard Wright.

Born in Phoenixville, Pa., and the son of furniture dealers, Wright started attending auctions before he was 10 years old. He opened his first shop in 1960, when he was only 14, and established his Chester County business in the early 1970s.

As their own business moved in a more defined direction toward antiques, Wright’s parents – the late William Richard Sr. and Beatrice Wright – would take their only child, by then an adolescent, along with them on regular furniture-buying trips to England. On one of those occasions, said Wright’s close friend, antique doll and toy dealer Becky Ourant, father and son had a disagreement that resulted in an unexpected, and fortuitous, consequence for Wright Jr.

“After their argument, his father left him there in England, so Richard seized the opportunity,” Ourant said. “He threw himself into buying and started filling containers with dolls, antiques and furniture and sending them back to Pennsylvania. He was living in London, at the height of the Beatles era. He was a Mod and part of that whole ’60s thing. He bought a 1920s Packard and drove around London, filling it up with antiques – can you picture that? He’d buy at Portobello Road and at the antiques district on High Street Kensington, where the late Kay Desmond had a wonderful doll shop. Richard had a great eye for buying, and not just dolls. He especially loved Art Nouveau and English Arts & Crafts pottery.”

As an enterprising young man about London, Wright also moved in the highest echelons of the rock music world. “He was friends with Keith Moon and with Pattie Boyd’s sister Jenny, who was married to Mick Fleetwood,” said Ourant. “Through that connection, he ended up working as Fleetwood Mac’s road manager in the late 1960s. Richard was such a gregarious person. He could make things happen and was able to get dates for the band.”

When Wright returned home to Pennsylvania in the early 1970s, he brought with him a fashion sense that turned heads. Becky Ourant recalled her first encounter with Wright, which took place when she was still a schoolgirl, around 1970. “I was helping my mother, who is a doll dealer, at the Shupps Grove show near Adamstown (Pa.). I saw this handsome figure walking down the aisle with long hair flowing down his back, in a long navy Edwardian caped coat, wearing boots and lots of silver jewelry. To me, he looked like Paul McCartney. My immediate thought was, ‘rock star.'”

Richard Wright’s days in the music business forged many enduring friendships, and his shop in Birchrunville became a hive of social activity for old pals passing through town. “You never knew who you’d see there,” Ourant said. “The late Jim Croce even wrote the song Time in a Bottle after a visit to Richard’s shop.”

For 11 years Wright was also a popular Antiques Roadshow appraiser, known for his engaging, quietly authoritative onscreen presence, his spectacles tipped low on the bridge of his nose. Auctioneer and fellow Antiques Roadshow appraiser Noel Barrett said he marveled at Wright’s highly cultivated knowledge of antiques of all types. “Of all the Antiques Roadshow appraisers, I can think of only two who could sit at any of the appraisal tables. Richard was one of them. I’ll never forget being in Dallas at a bar with Leigh and Leslie Keno, Albert Sack and Richard. That’s about as formidable a group of experts as you could put together, but he was right in there with them. There was no antiques subject that was beyond him. I will miss him dearly.” 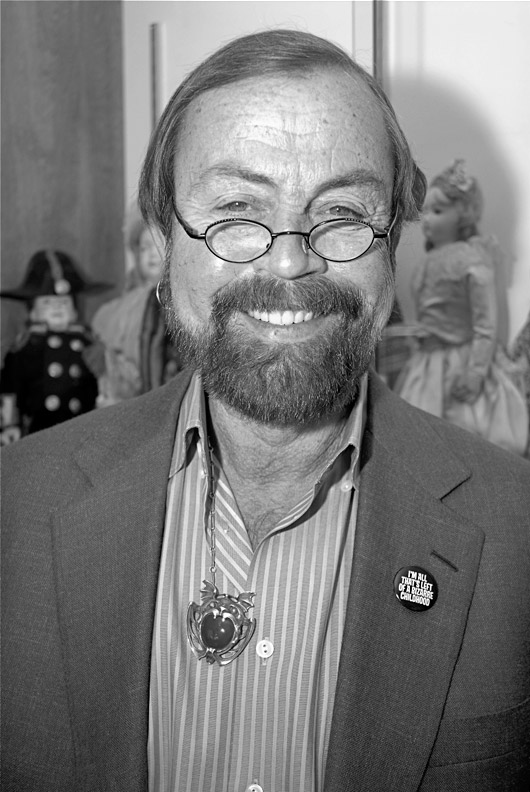 Becky Ourant’s husband, Andy, also an auctioneer and Antiques Roadshow appraiser, said sitting next to Richard Wright at the doll and toy table was an experience he will never forget. “Boy, did I get dealt a great hand, being able to listen to Richard during his appraisals,” Andy said. “His knowledge was just incredible. He was a savant. He could explain not only what something was, when it was made and by whom, but also why it was made in a particular way.”

Richard Wright had a joie de vivre that was endearing to all who knew him. “Almost everyone has a Richard Wright story,” said Becky Ourant. “Knowing him for so many years, I have quite a few, since we talked on the phone many times a day, but my favorite was the time a small tornado popped up out of nowhere and he called me to describe the conditions. He said the wind was howling, the lights were flickering, and the sky was green. There were tree limbs and even a cow flying past his window. He said it was like a scene from The Wizard of Oz.’

“I begged him to go down into his basement, but he didn’t want to leave his prized Tiffany lamp unprotected. He was crouching over the glass shade protectively, with his phone in one hand. Finally, he took the phone down to the basement and told me to wait. A long time passed, and I could hear bumping and sounds of things being knocked over. Then he picked up the phone again. I asked him why there had been such a long delay — had the tornado hit? He replied, ‘No, I had to go back upstairs for my glass of Merlot and cigarettes. I didn’t know how long I’d be down here.’ That was classic Richard.”

Becky Ourant said many fellow doll dealers have been calling to say, “The king is dead,” and wondering if they should cancel attending Gaithersburg. “I tell them to look at it a different way – the king left us the kingdom. We’ll take it over and keep it going.”

Richard Wright leaves behind his life partner of 11 years, Glenn Stevens; his long-time staff of employees, and an extended family of loving friends throughout the world.

A memorial service will be held on May 24, 2009, with details to be announced soon. Friends will be received on Wednesday, March 4, 2009, at the Cattermole-Klotzbach Funeral Home, 600 Washington St., Royersford, PA 19468. In lieu of flowers, memorial gifts in Richard Wright’s name may be sent to Gamma Mu Foundation, 1975 E. Sunrise Blvd., Suite 624, Ft. Lauderdale, FL 33304. Condolences may be made online at www.royersfordfuneralhome.com.