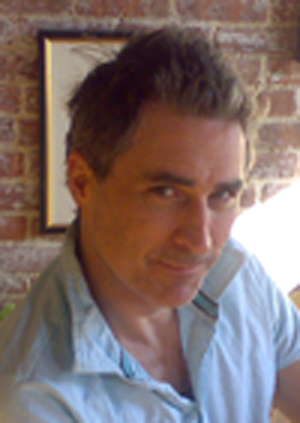 FOLKESTONE, England (ACNI) – Visitors to this year’s Folkestone Triennial may hear a buzzing in their ears – or at least think that they do – when they behold the giant art installation replicating a radar tower, topped with the words “RARE LOVE.” Constructed of aluminum and copper, the 20ft structure is the creation of Jonathan Wright, a Royal College of Art graduate and recent Arts Council of England award recipient whose artworks are held in major institutions and private collections the world over.

The Folkestone Triennial, an ambitious public art project in southeastern England, invites artists to utilize the local seaside landscape as their own “canvas.” It’s the flagship project of the Creative Foundation, which enables artists like Wright – an accomplished painter and sculptor – to take the creative leap into a new artistic realm.

As a featured participant in the Triennial Fringe, Wright will bring to three-dimensional fruition his artistic vision of an interactive radar tower, thanks to the prestigious Grant for the Arts he received from the Arts Council of England. “This award represents an important landmark in my art career. The awards are much sought after, and the competition is fierce. Indeed, I have pinch myself each morning as I enter the studio,” Wright said.

The grant will fund the construction element of the RARE LOVE project and the research necessary to produce an accompanying publication to serve as a complement to the main work. As Wright explained it, “The Arts Council expects the work to integrate with local communities and to reach as large an audience as possible.”

Wright’s radar tower fits that bill to a T. It will be visible from a considerable distance, and with its unusual built-in features, it’s far more than just an intriguing stationary exhibit. Its material composition enables it to – quite literally – tune in and turn on its listening audience.

“The work will be capable of receiving radio signals from the surrounding area through the copper RARE LOVE letters, which act as aerials,” Wright said. “The radio will be audible in a cabin at the base of the pylon, where the audience will be able to turn a large tuning dial to scan the airways.”

But wait – there’s even more to this uniquely gifted installation. Wright says the tower will attract four signals simultaneously, creating a mixed tapestry of sounds rather than one clear radio station.

“The work is consistent with my use of pylons and towers within a theme I have used for several years,” said Wright. “Now the pylons have been transformed into hybrid objects that work very effectively in encouraging an audience to engage in a dialogue about the work.”

With the blessing of Shepway District Council, the solar-powered artwork will stand in Folkestone Coastal Park for the duration of the Triennial, which runs from June 25 through Sept. 25, 2011. “From this location, the pylon will overlook the sea, the view to which the audience will be guided when operating the tuner,” Wright said.

“Public interaction has always been an objective behind the work,” Wright continued. “The audience will try to receive clear signals from it and engage with it by sitting inside the work and listening to the radio noise while looking out to sea. The idea is to inspire an awareness of the solitary nature of questing and looking, especially for love.”

Wright said the work is “of enormous importance” to him as a practitioner but that he views it in a wider context. “One of the most significant things about the Triennial and Triennial Fringe is the outstanding opportunity they provide to reach a very large new audience with a range of artworks that can only raise the profile of contemporary art within the public realm,” Wright said.

The 2008 Triennial drew an estimated 100,000 visitors, some 85 percent of them from outside the local area. Wright hopes the 2011 Triennial will garner a larger turnout from those living in the region.

The Fringe has a website and network of links and contacts. Workshops and talks will be advertised through these sources as well as in print publications. Wright’s auxiliary publication about the RARE LOVE artwork will be available from outlets such as Quarterhouse, The Cube, Strange Cargo, Creative Foundation and others.

A blog and dedicated page for those who wish to monitor the progress of the RARE LOVE radar tower online may be viewed online at www.jonathanhwright.com.

LiveAuctioneers CEO Julian R. Ellison has announced that the new LiveAuctioneers Arts and Charitable Fund is awarding a $1,000 grant to Jonathan Wright in support of his RARE LOVE project.

“This is one of the most imaginative and exciting art installations I’ve ever encountered,” said Ellison. “The concept combines art and communication, which is exactly what we do here at LiveAuctioneers. There couldn’t have been a more appropriate choice for our first grant.” 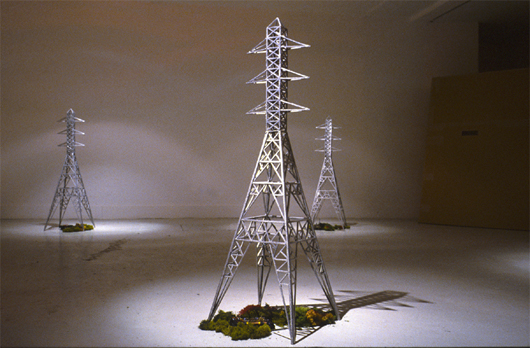 Jonathan Wright ‘Pylon’ installation shown at a London gallery is an example of a recurring theme in the artist’s recent work – the inclusion of pylons or towers. Image courtesy of Jonathan Wright. 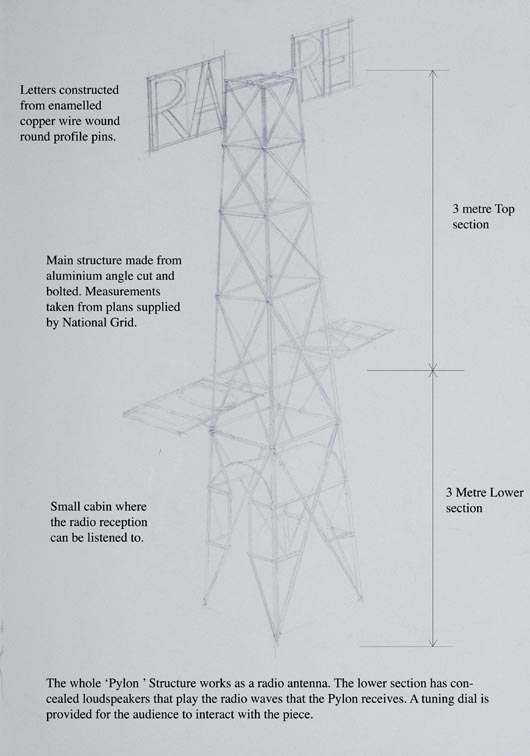 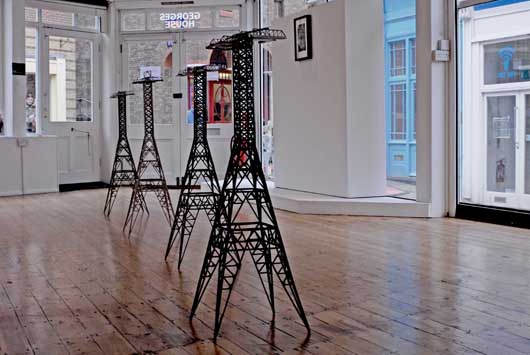 ‘Some Need Rare Love, but not necessarily in that order…,’ the Jonathan Wright installation shown at Strange Cargo, Folkestone, England. Image courtesy of Jonathan Wright. 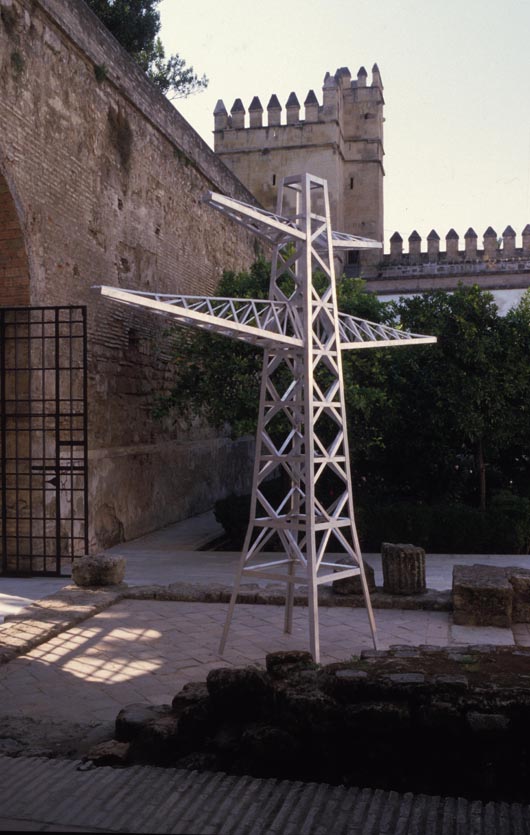 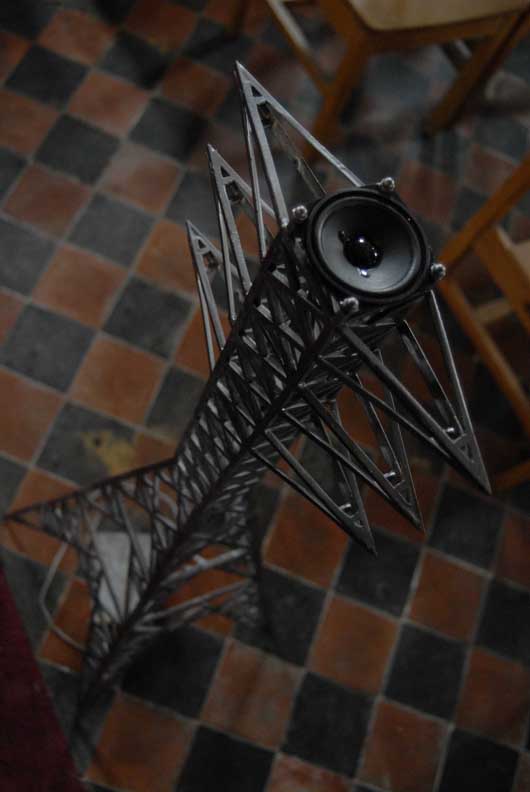 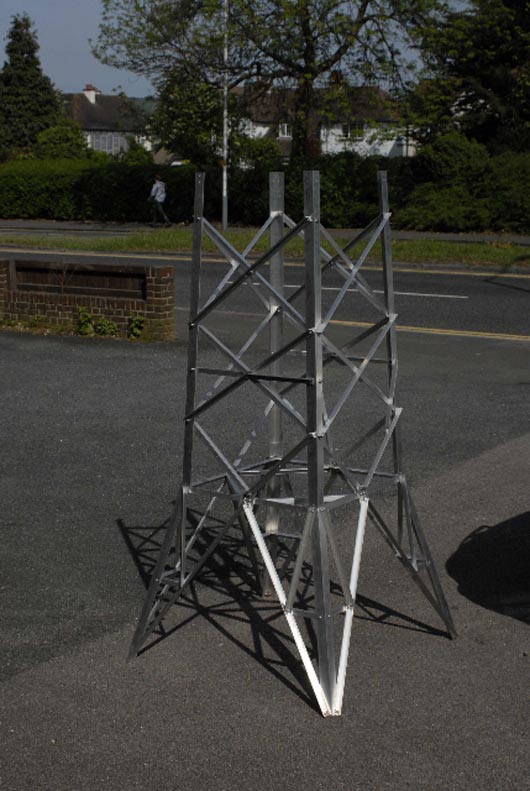 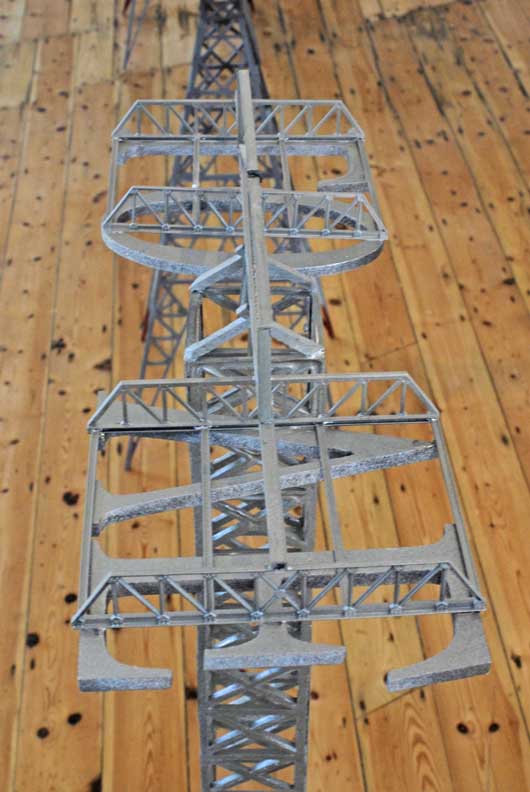