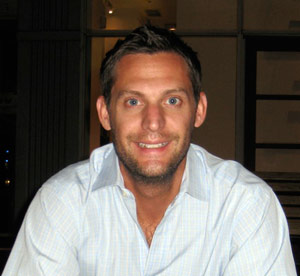 Scott Miles, VP Sales for LiveAuctioneers.com, has devoted the past year to training for the ING New York City Marathon. His sponsorship money will go to the New York Road Runners’ Team For Kids running and fitness programs.

NEW YORK – Throughout the past year – whether in stifling heat or frigid winter temperatures – Scott Miles has been a familiar if not fleet-footed figure on the paths of Manhattan’s Central Park. Suited up in his running gear, Miles, who is Sr. VP Sales for LiveAuctioneers.com and a member of New York’s Road Runners, has been training for a goal he hopes to achieve on Nov. 2nd: finishing up front and in the money – or more realistically, making a respectable showing – in the ING New York City Marathon.

As a member of NYRR’s Team For Kids, Miles will be raising funds through sponsorships so that running-based fitness programs can be implemented for 30,000 at-risk schoolchildren in New York City and several other locations.

“It’s a cause that’s very important to me,” said Miles, who originally hails from the leafy environs of Wyckoff, N.J., but now lives in Manhattan. “These programs are helping to create a better future for urban kids by teaching them how to achieve fitness and good health through running and proper diet.”

For years, 32-year-old Miles says he watched the New York Marathon as a spectator, amazed by the variety of people who took up the challenge to run through the city’s five boroughs and across its five bridges. “Each year at the marathon I would say, ‘I’m going to do it.’ But there wasn’t a particular reason to spur me on. This year, after New Year’s, I was reflecting on my goals for 2008 and decided I would make a personal commitment to run in the marathon as part of Team For Kids.”

From January through April, Miles followed the Team For Kids workout schedule, building up to an average of 15 miles per week.

“In May, I started the real training, increasing my long Saturday runs, which I both loathed and loved,” Miles admitted. “My first test and challenge was the July 27th Nike New York City Half Marathon. I remember thinking to myself afterward, ‘How on earth will I ever be able to double that in one day!'”

Aching muscles or not, Miles persevered, training even while away on business or vacation to such climatically disparate locales as Iceland, Bermuda, Sweden, England and coastal North Carolina. On Sept. 30, he achieved his first 20-mile run. He successfully repeated the effort earlier this month; it was his last long training run prior to the ING Marathon.

“I feel well prepared,” Miles said. “I’ve run more than 400 miles during my training, and I’ve burned through two pairs of sneakers. Right now I just want to make sure I stay healthy till the day of the race.”

Since 2002, Team for Kids members have raised more than $8 million, helping to transform kids’ lives throughout the United States, as well as in the Cape Town region of South Africa. Miles hopes his year of dedicated training as a Team for Kids runner will inspire others to take part in upcoming years, or that some may wish to sponsor him through a donation online. “No amount is too small,” he said. “We’re hopeful that our team members will cross the finish line early enough to win some of the $600,000 in prize money, but even if we don’t, our pooled sponsorship money can amount to a very meaningful contribution for this excellent cause.”

Anyone wishing to make a sponsorship contribution may do so through this secure site online. Enter the runner number 273835 and the last name “Miles.”