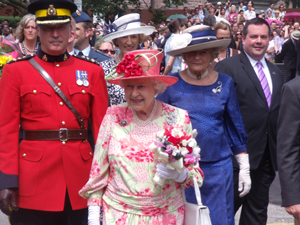 Queen Elizabeth during an appearance in Toronto in July 2010. Image courtesy Wikimedia Commons.

LONDON (AP) – Britain’s Queen Elizabeth II is getting a makeover for her Diamond Jubilee—at Madame Tussauds.

The museum says it will unveil a new wax figure of the monarch in May. The new work is the 23rd waxwork of Elizabeth since she first appeared at the London attraction in 1928. It is modeled after her official jubilee portrait photograph.

Madame Tussauds said Wednesday that while the queen did not sit for this latest wax figure, the monarch is very involved and has sent over measurements and approvals for different aspects of the sculpture.

The new figure will replace the current sculpture created in 2001.

It will be placed alongside her husband, Prince Philip.

Copyright 2012. Associated Press. All rights reserved. This material may not be published, broadcast, rewritten, or redistributed. 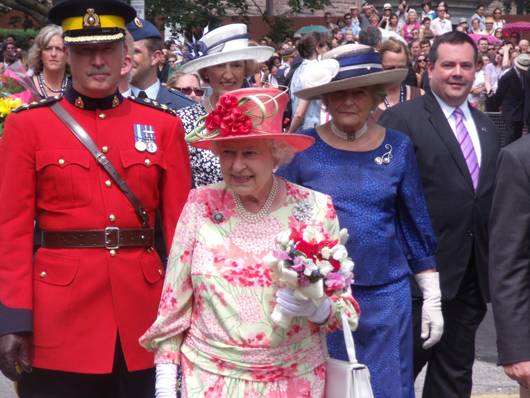 Queen Elizabeth during an appearance in Toronto in July 2010. Image courtesy Wikimedia Commons.

Queen Elizabeth I document to reign at Clars’ Dec. 4-5 sale