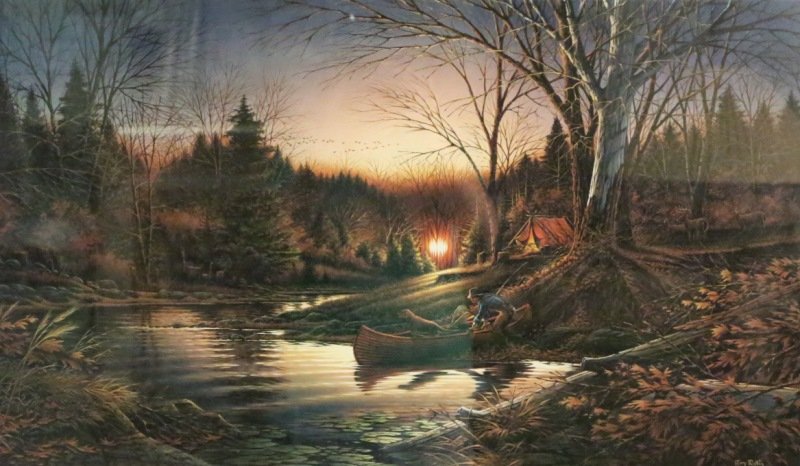 BISMARCK, N.D. (AP) – Outdoors artist Terry Redlin has died in South Dakota after a lengthy battle with Alzheimer’s disease. He was 78.

Redlin died Sunday night in a care center in the Watertown area due to “complications from a nine-year struggle with dementia,” Redlin Art Center Executive Director Julie Ranum told The Associated Press.

When Redlin retired from painting in 2007, his son, Charles Redlin, said his father suffered from exposure to a chemical found in paint.

Redlin is known for his paintings of wildlife and outdoors scenes. In the 1990s he was named American’s most popular artist in annual gallery surveys conducted by U.S. Art magazine. His depictions of ducks, deer and rustic cabins decorate everything from coffee mugs to jigsaw puzzles.

The Redlin Art Center museum features more than 150 of his original oil paintings, as well as many prints, sketches and childhood drawings. The gallery has drawn more than 3 million visitors since it opened in 1997.

Redlin also was known for his conservation work. Over 17 years, his art donations to Ducks Unlimited raised more than $28 million for wetlands projects. The Terry Redlin Environmental Center opened in Watertown in 2010, with exhibits on native ecosystems, wetlands and the prairie.

Redlin earned a degree from the St. Paul School of Associated Arts and worked 25 years in the commercial art business before becoming a wildlife artist. He got his break in 1977, when one of his paintings appeared on the cover of The Farmer magazine.

In 1981 and 1985, he won the Minnesota Duck Stamp competition, and also won the 1982 Minnesota Trout Stamp contest. He’s been honored by Ducks Unlimited as its national artist of the year and by the Minnesota Waterfowl Association as a conservationist of the year. The National Association of Limited Edition Dealers has three times presented him with its Lithograph of the Year award.

Gov. Dennis Daugaard on Monday requested that flags in South Dakota be flown at half-staff on the day of Redlin’s funeral, which was not immediately scheduled.

“Terry Redlin was an iconic South Dakota artist,” he said. “For many South Dakotans, Terry’s work brought to life our fondest memories of our state’s outdoor heritage and rural roots. He has left a legacy in Watertown and throughout the nation, and Linda and I extend our deepest sympathies to the Redlin family.”
___

Gallery Report: May 2016
Scroll to top