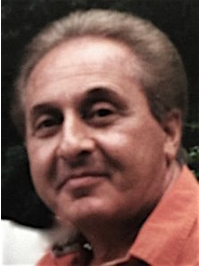 Bill Minery was born in Paterson, New Jersey on September 8, 1946. As a child he showed a propensity for athletics and music and even performed on the drums for The Ted Mack Amateur Hour. He formed a band in his early teens called The Velvetones and performed in various other bands, including The Chessmen. He graduated from Central High School in Paterson in 1964.

He was often encouraged to pursue a career in sports, but music was his preference. After earning a bachelor of science degree in Music from William Paterson University in 1969, he served in the United States National Guard Reserve. He began his career as a music teacher in Oakland, New Jersey, where he taught for seven years while simultaneously playing in bands, buying and renovating houses, and establishing William Minery Antiques.

His artistic eye, extensive knowledge, and business acuity allowed him to expand his businesses. For more than 45 years, Bill was well known in the antiques world for his incredible work ethic, expertise and principled business practices. Bill was loved by all who knew him for his fine sense of humor, caring nature and endearing persona. Bill had an artist’s eye and surrounded himself with beautiful artworks. He loved many different types of music, including doo-wop, jazz, and classic rock. He loved spending time with his treasured family and friends, dining and dancing; attending Giants football games, cruising in his T-Bird, and hanging out at his beloved Spring Lake beach. Bill was predeceased by his parents, William Sr. and Rose Minery (nee Avolio). He is survived by his beloved wife of 46 years, Bonnie Minery (nee Bromilow), their loving children William III and Skyler Minery, and many adored cousins, relatives and friends.

Visitation will be held on Wednesday, January 4, 2017 from 2-4 and 7-9 PM at the Van Emburgh-Sneider-Pernice Funeral Home, 109 Darlington Ave, Ramsey, New Jersey. Cremation will be private.

In lieu of flowers, the Minery family suggests that donations be made in Bill’s memory to the ASPCA online at www.aspca.org/donate.