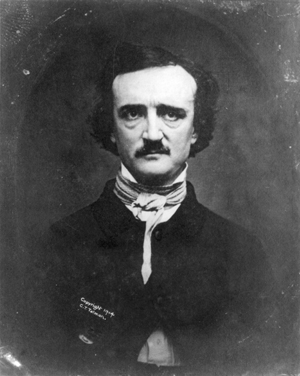 RICHMOND, Va. (AP) – Baltimore’s claim to be the home of Edgar Allan Poe will remain unchallenged after a distant Poe cousin in Richmond determined now is not the right time – or even the right decade – to dispute the title.

University professor and writer Harry Lee Poe announced Saturday that relatives of the literary master of the macabre decided against attempting to settle competing claims from towns eager for a piece of Poe’s legacy.

“The conclusion of the family is that the whole issue deserves more consideration, and that the family should take it up again in 2049 during the bicentennial of the death of Poe,” said Poe, whose great-great-great-grandfather William was Edgar Allan Poe’s cousin. Harry Lee Poe is president of the Poe Foundation, which runs the Edgar Allan Poe Museum in Richmond.

A decision to challenge Baltimore’s claim might have meant moving Poe’s remains from the city where he died in 1849.

At the Poe House and Museum in Baltimore, curator Jeff Jerome said, “I feel relieved.”

Baltimore has been fending off competing claims from cities that cling to some memory of the well-traveled Poe.

“A lot of cities have a huge claim to Poe,” said his Richmond cousin, several generations removed. The living Poe has a striking resemblance to the famed writer, save for a gray-flecked beard and a fuller head of hair. He wore a red club tie adorned with ravens.

Among the places that muscled in to lay claim as Poe’s home are Boston, where he was born in 1809, and Philadelphia, one of the many locales where he alit during 40 highly mobile years.

Harry Lee Poe also considered some other contenders for recognition as his more celebrated ancestor’s home. Among them:

– London, where Poe lived as a boy and was inspired by the ravens at the Tower of London.

– Charleston, S.C., where he was stationed in the U.S. Army. Sullivan’s Island was the setting for The Gold-Bug.

– Charlottesville, where he attended the University of Virginia, also the inspiration of one of his stories, A Tale of the Ragged Mountains.

There is also St. Petersburg, once the capital of the Russian Empire and a place where Poe falsely had claimed residence while living in London.

“People all over the world know and love Poe,” said Harry Lee Poe. He said he had consulted other Poe relatives before making Saturday’s announcement at the Richmond museum, a warren of brick buildings and exhibits ranging from Vincent Price dolls to a lock of the writer’s hair. The museum has a record a staging prankish events to mark milestones in Poe’s life.

Poe, a writer and professor at Union University in Jackson, Tenn., had raised the prospect of attempting to move the writer’s remains before Saturday’s announcement. Doing so could help end an enduring mystery: the cause of Edgar Allan Poe’s death after the down-and-out writer was found outside a Baltimore tavern.

“Do we exhume the body now that we have forensic scientific tools at our disposal to settle such issues as causes of death?” Poe mused. “Families can request that bodies be exhumed, so this would be an example of a cold case.”

Poe is quick to concede that the Poe descendants have been pleased with Baltimore’s long claim to his cousin.

“I must say and should say Baltimore has done a splendid job of caring for the mortal remains of Edgar Allan Poe and his legacy,” he said. “How many sports teams in the world are named for a poet?”

In Baltimore, however, Jerome said he remains worried a serious family bid would be launched to move Poe’s remains.

“But I still maintain we would welcome a debate with Richmond anytime, anywhere on the legacy of Poe,” Jerome said.