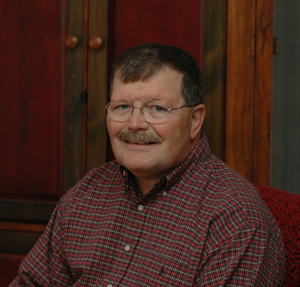 NEW YORK (ACNI) – Veteran antiques journalist Tom Hoepf has been appointed to the position of full-time associate editor with LiveAuctioneers LLC’s stable of digital publications. For the past five years, Hoepf has been a freelance writer and de facto associate editor for the publishing unit’s flagship, Auction Central News, and its sister publication Toy Collector Magazine. His role will now expand to include writing and editing material for LiveAuctioneers PR Services.

A boutique in-house agency that creates and manages custom publicity campaigns for auction houses, LiveAuctioneers PR Services (LAPRS) has been on a path of rapid growth since its inception late last year.

“The response to LAPRS has been overwhelming, and we are delighted that Tom is able to join us full time to help grow this new and exciting division at LiveAuctioneers.com,” said the company’s CEO, Julian R. Ellison.

Hoepf will continue to report to Catherine Saunders-Watson, editor-in-chief of Auction Central News and editorial head of LAPRS.

“Tom was the ideal choice to fill the full-time position created as a result of our new department’s growth,” said Saunders-Watson. “As a news writer, he’s rock solid, but he comes with the bonus of thoroughly understanding the antiques and auction trade. That’s a valuable and rather rare combination.”

Hoepf is an Ohio native who holds a bachelor of arts degree from Central Michigan University. After stints as a high school English/journalism teacher and sports editor for daily newspapers, Hoepf joined the staff of AntiqueWeek, where he spent 20 years as an editor. He has worked as a freelance writer and columnist for the past six years, five of which included freelancing with the LiveAuctioneers LLC publications.

Gigantic Jamali painting to be featured at Associate Auctions Nov. 20

For the record book: 4,000 autographed baseballs
Scroll to top