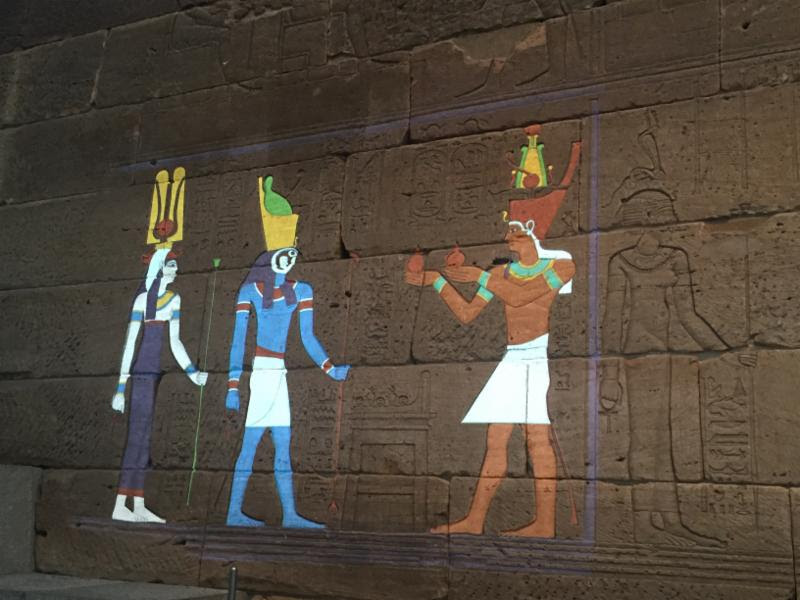 NEW YORK – Colors that likely decorated an ancient Egyptian temple when it was built 2,000 years ago, but have since eroded away, can be seen at the Metropolitan Museum of Art’s Egyptology exhibition this winter.

To be shown for a series of eight weekends beginning January 29, the experimental lighting display titled “Color the Temple: Scene 1” combines the scholarly knowledge of specialists in the Egyptian Art Department with the technological expertise of staff in the MediaLab at the Met.

The colors that were probably used in antiquity will be projected onto a ritual scene carved into the sandstone of the beloved Temple of Dendur in The Sackler Wing, providing visitors with a new perspective on ancient art.

In the scene, the Roman emperor Augustus, depicted as a pharaoh, makes an offering to Egyptian deities. Constructed in around 15 B.C., the temple’s external walls have retained no original color.