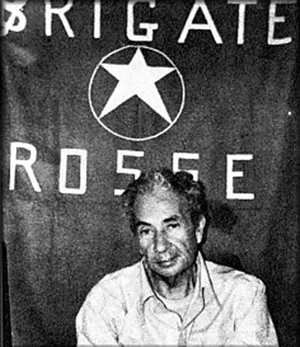 ROME (AFP) – A Red Brigades announcement that it had executed kidnapped Italian interior minister Aldo Moro in 1978 was among 17 tracts put out by the militant group that sold in a controversial auction today in Rome.

All 17 pamphlets were bought for 17,000 euros ($22,600) by a foundation owned by senator Marcello Dell’Utri, an ally of ex-premier Silvio Berlusconi who has put together an extensive archive of Italian post-war history.

A small rally was held outside the Bolaffi auction house in Milan, with demonstrators holding up photos of Moro and his bodyguards who were killed in an attack that came to symbolize years of political militancy in Italy.

Protesters also unfurled a banner reading: “You have to pay for your mistakes your whole life. For some people a lifetime should not be enough” — an apparent reference to amnesties granted to former armed militants.

Giovanni Berardi, the son of an officer killed by the Red Brigades, said the government should have stepped in to buy the pamphlets to put them on public display and remind future generations of a “tragic period” in Italian history.

“I am shocked that these pamphlets are being sold like stamps and are going to be bought by some jackal who does not think of the tragedy of the victims of the Red Brigades,” Berardi told reporters ahead of the sale. “It’s as if they’ve killed Moro for a second time,” he said.

The auction house said that its fees from the sale would go to charity and explained that it had offered to sell the tracts directly to the “Victims of Terrorism” association. The starting price for the auction was 1,700 euros.

The Red Brigades were founded in 1973 by a far-left academic, Renato Curcio. Between 1969 and 1988 there were some 15,000 attacks linked to far-left and far-right militancy in Italy, which claimed 415 lives. 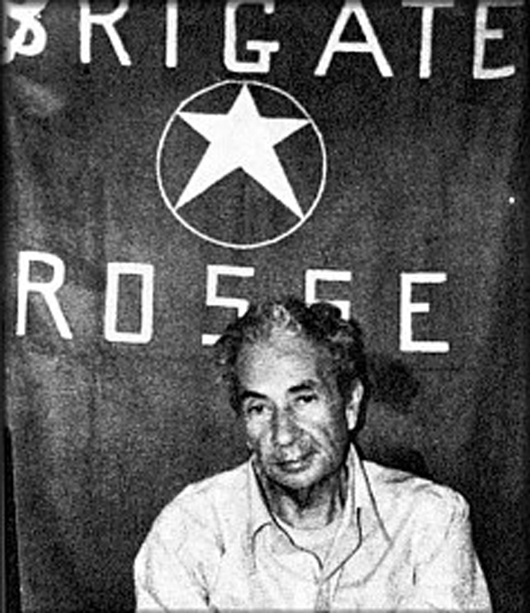