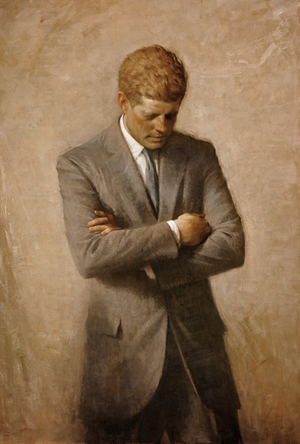 BOSTON (AP) — Newly released final recordings President John F. Kennedy secretly made in the Oval Office include an eerie conversation about what would become the day of his funeral.

While trying to arrange his schedule, Kennedy remarked that Nov. 25 was shaping up to be a “tough day” after his return from Texas and time at Cape Cod.

The exchange was among the last 45 hours of private recordings Kennedy made. The John F. Kennedy Presidential Library and Museum released the tapes Tuesday. They provide a window into the final months of the 35th American president’s life.

“Kennedy did not tape as systematically as Johnson or Nixon. But what he did tape was often very important discussions,” said David Coleman, the professor who chairs the Presidential Recordings Program at the University of Virginia. “…What you have is an unusually rich collection of decisions being made in real time.”

The tapes include discussions of conflict in Vietnam, Soviet relations and the race to space, plans for the 1964 Democratic Convention and re-election strategy. There also are moments with his children.

Kennedy kept the recordings a secret from his top aides. He made the last one two days before his death.

Kennedy library archivist Maura Porter said Monday that JFK may have been saving them for a memoir.

The latest batch of recordings captured meetings from the last three months of Kennedy’s administration. In a conversation with political advisers about young voters, Kennedy asks, “What is it we have to sell them?”

“We hope we have to sell them prosperity, but for the average guy the prosperity is nil,” he says. “He’s not unprosperous, but he’s not very prosperous. … And the people who really are well off hate our guts.”

Kennedy talks about a disconnect between the political machine and voters.

“We’ve got so mechanical an operation here in Washington that it doesn’t have much identity where these people are concerned,” he says.

On another recording, Kennedy questions conflicting reports military and diplomatic advisers bring back from Vietnam, asking the two men: “You both went to the same country?”

He also talks about trying to create films for the 1964 Democratic Convention in color instead of black and white.

Porter said the public first heard about the existence of the Kennedy recordings during the Watergate hearings.

In 1983, JFK Library and Museum officials started reviewing tapes without classified materials and releasing recordings to the public. Porter said officials were able to go through all the recordings by 1993, working with government agencies when it came to national security issues and what they could make public.

In all, she said, the JFK Library and Museum has put out about 40 recordings. She said officials excised about 5 to 10 minutes of this last group of recordings due to family discussions and about 30 minutes because of national security concerns.

Porter said Kennedy comes across as an intelligent man who had a knack for public relations and was very interested in his public image. But she said the tapes also reveal times when the president became bored or annoyed and moments when he used swear words.

The sound of the president’s children, Caroline and John Jr., playing outside the Oval Office is part of a recording on which he introduces them to Soviet Foreign Minister Andrei Gromyko.

“Hello, hello,” Gromyko says as the children come in, telling their father, “They are very popular in our country.”

JFK tells the children, mentioning a dog Soviet Premier Nikita Khrushchev gifted the family: “His chief is the one who sent you Pushinka. You know that? You have the puppies.”

JFK Library spokeswoman Rachel Flor said the daughter of the late president has heard many of the recordings, but she wasn’t sure if she had heard this batch.

“He’d go from being a president to being a father,” Porter said of the recordings. “… And that was really cute.” 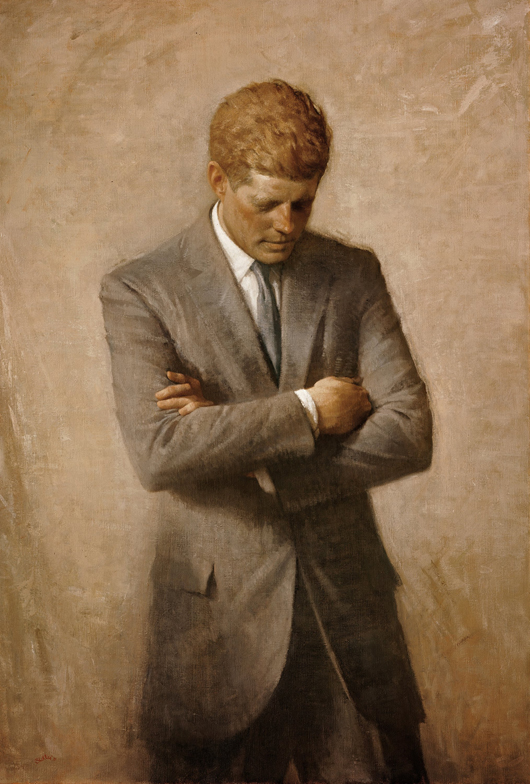