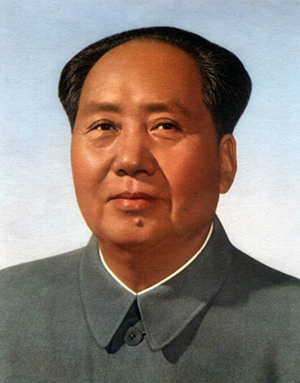 Official portrait of Mao Zedong attributed to Zhang Zhenshi and a committee of artists. This version hung at Tiananmen Gate prior to about 1967.

BEIJING (AFP) – A handwritten envelope sent by Communist China’s founder Mao Zedong to the father of fallen politician Bo Xilai and another military leader has fetched more than $1 million at a Beijing auction.

The envelope, inscribed in black brushstrokes ‘To Mr Fu Yisheng and Mr Bo Yibo” by Mao, sold for 6.55 million yuan ($1.08 million) on Sunday, the China Guardian auction house said on its website.

The document contained in the envelope was not included, in compliance with government regulations against selling leaders’ letters.

Bo was a high-ranking revolutionary general who fought both the Nationalists and Japanese before being jailed and tortured in the 1960s during Mao’s Cultural Revolution.

After Mao died and reformist leader Deng Xiaoping took over, Bo Yibo was rehabilitated and became one of the most powerful men in China, a “party immortal” who retained influence over state affairs through the 1990s.

“The envelope was issued by the People’s Revolutionary Military Committee of the Central People’s Government. It is rare and preserved well,” China Guardian said in a description.

The committee existed in the early years of the People’s Republic, which was founded in 1949, and preceded what is now China’s Central Military Commission.

Bo Xilai was sentenced to life in jail for corruption in September. 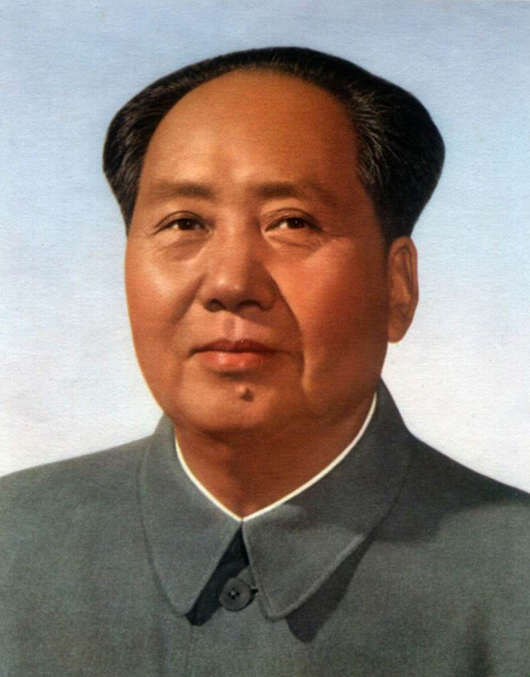 Official portrait of Mao Zedong attributed to Zhang Zhenshi and a committee of artists. This version hung at Tiananmen Gate prior to about 1967.