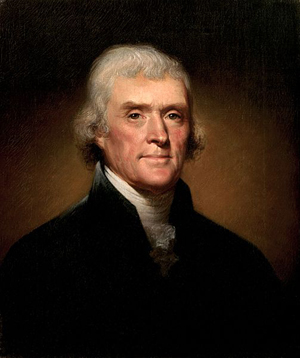 Thomas Jefferson, third President of the United States, in office from March 4, 1801 through March 4, 1809.

Officials at the Jefferson Foundation in Charlottesville said Wednesday that collector Douglas Kelley donated newspapers, pamphlets, books, art and other decorative objects to Monticello, which will make them available for research and display.

Two November 1774 issues of the London Chronicle feature front-page writings devoted to Jefferson’s just-released political pamphlet “A Summary View of the Rights of British America,” addressing the British monarch’s relationship with the American colonies and warning that “the present contentions with America, if not soon happily terminated, must end in such scenes of trouble, bloodshed and devastation, which in contemplation alone, shocks us with horror.”

Other newspapers in the collection include an 1828 edition of Philadelphia’s National Gazette and Literary Register, which published a letter from Army Gen. Andrew Jackson thanking a “Doctor Thomas G. Watkins” for sending him “a breastpin with the lock of the hair of the venerated Jefferson.” Jackson was elected the nation’s seventh president later that year.

A June, 29, 1827, edition of the Richmond Enquirer displays a for-sale advertisement for “The Poplar Forest, Home Tract or all that part of the estate attached to the mansion house. … On the plantation, beside other improvement there is a large barn and there is a wheat threshing machine. The mansion house is roomy, convenient, handsome and situated on an eminence commanding nearly the whole arable land of the farm.”

The ad was placed by Jefferson grandson Francis Eppes, who inherited the Bedford County estate from Jefferson, who died the previous year. Notably, the text makes no reference to Jefferson’s design and ownership of Poplar Forest, his cherished post-presidency retreat from the better-known Monticello. Eppes sold the house and 1,000 acres in 1828 and moved to Florida.

Kelley, of Ann Arbor, Mich., also donated several portraits and graphic depictions of Jefferson, some used for political messages, including a June 8, 1861, cartoon in which Lady Liberty and the spirit of Jefferson, standing behind her, condemn and attack a figure representing the “Treason of Secession,” Robertson said. Another item is a graphic design that superimposes Jefferson’s image on a Confederate flag. 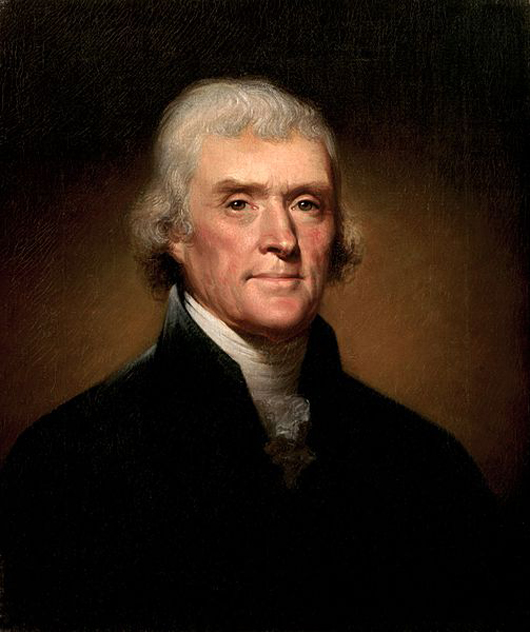 Thomas Jefferson, third President of the United States, in office from March 4, 1801 through March 4, 1809. 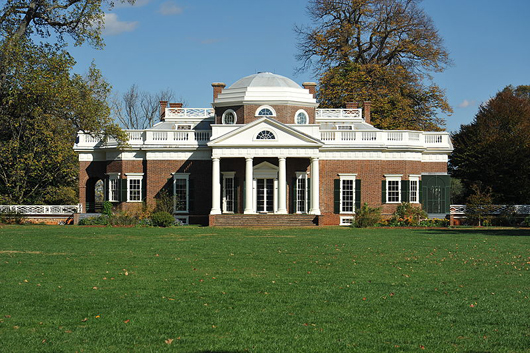 Banksy’s Kissing Cops to be sold in USA