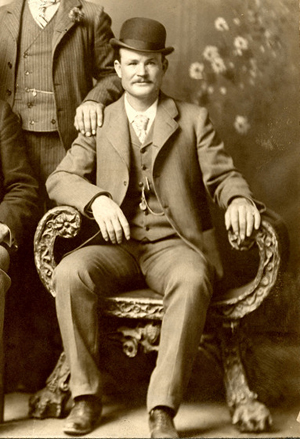 CHEYENNE, Wyo. – Did Butch Cassidy, the notorious Old West outlaw who most historians believe perished in a 1908 shootout in Bolivia, actually survive that battle and live to old age, peacefully and anonymously, in Washington state? And did he pen an autobiography detailing his exploits while cleverly casting the book as biography under another name?

A rare books collector says he has obtained a manuscript with new evidence that may give credence to that theory. The 200-page manuscript, “Bandit Invincible: The Story of Butch Cassidy,” which dates to 1934, is twice as long as a previously known but unpublished novella of the same title by William T. Phillips, a machinist who died in Spokane in 1937.

Utah book collector Brent Ashworth and Montana author Larry Pointer say the text contains the best evidence yet , with details only Cassidy could have known , that “Bandit Invincible” was not biography but autobiography, and that Phillips himself was the legendary outlaw.

Historians more or less agree that Cassidy was born Robert LeRoy Parker in 1866 in Beaver, Utah, the oldest of 13 children in a Mormon family. He robbed his first bank in 1889 in Telluride, Colorado, and fell in with cattle rustlers who hid out at The Hole in the Wall, a refuge in northern Wyoming’s Johnson County. He left the area before cattle barons hunted down cattle-rustling homesteaders in the 1892 Johnson County War.

Cassidy then served a year and a half in Wyoming Territorial Prison in Laramie for possessing three stolen horses. But for most of the next 20 years, his Wild Bunch gang held up banks and trains across the West and in South America.

“Bandit Invincible’s” author claims to have known Cassidy since boyhood and never met “a more courageous and kinder hearted man.”

He acknowledges changing people and place names. But some descriptions fit details of Cassidy’s life too neatly to have come from anyone else, said Ashworth, owner of B. Ashworth’s Rare Books and Collectibles in Provo.

They include a judge’s meeting with Cassidy in prison in February 1895. The judge offered to “let bygones be bygones” and to seek a Cassidy pardon from the governor. Cassidy refused to shake the judge’s hand.

“I must tell you now that I will even my account with you, if it is the last act I ever do,” Cassidy is quoted as saying by Philips.

Wyoming’s state archives contain an 1895 letter by the judge who sentenced Cassidy. The letter relates how Cassidy seemed to harbor “ill-will” and didn’t accept the “friendly advances” of another judge, Jay Torrey, who had visited Cassidy in prison.

“What’s really remarkable to me is that, who else cares?” Pointer said. “Who else would have remembered it in that kind of detail…about an offer of a handshake and refusing it in a prison in Wyoming in 1895?”

“Bandit Invincible” also describes how Ed Seeley, a rustler and prospector, told Cassidy’s gang how to find a remote hideout in northern Wyoming’s Bighorn Canyon. Pointer, who authored “In Search of Butch Cassidy,” said he believes the Wild Bunch hid there more than at Hole in the Wall, which had become known to authorities.

“It had been used by (Seeley) one summer when he had been badly wanted by the sheriff’s forces along in ninety-one. Unless one had a guide who knew the entire country, it was impossible to find the place,” the manuscript says of the canyon hideout.

Records show that a rustler named Edward H. Seeley was imprisoned at Wyoming Territorial Prison while Cassidy was there, Pointer said.

“That’s just really exciting to me because this is really ephemeral stuff,” he said. “No one who had not been there or done that would know that.”

Nobody except for some cowboy who rode the range in the late 1800s, knew Cassidy’s friends and maybe even knew the outlaw himself, Buck suggested.

“There’s a sort of commonsense reason why Phillips would have got some stuff right,” Buck said. “They knew each other.”

In 1991, Buck and his wife, Anne Meadows, helped dig up a grave in San Vicente, Bolivia, said to contain the remains of Butch and his sidekick, Harry Longabaugh , the Sundance Kid. DNA testing revealed the bones weren’t the outlaws, but Buck, a writer who lives in Washington, D.C., said his research shows the two more than likely died in a shootout with Bolivian cavalry in 1908.

Stories abound of Sundance living long after his time in South America. But they’re outnumbered by purported Cassidy sightings. A brother and sister of Cassidy’s insisted he visited them at a family ranch near Circleville, Utah, in 1925.

“The majority of those who were there believed that, believed it was him that came back,” said Bill Betenson, who recalled that his great-grandmother, Lula Parker Betenson, used to talk about the visit by a man she identified as her brother, Cassidy.

The manuscript has an ending fit for Hollywood. Cornered by the Bolivian cavalry while holding up a pack train, Butch and Sundance make a stand. Sundance is killed. Butch escapes to Europe, has plastic surgery in Paris, and schemes to return to the U.S. and reunite with an old girlfriend from Wyoming.

Most of the manuscript’s accounts bear little resemblance to known Wild Bunch exploits. Pointer insists that Cassidy, as Phillips, was writing fiction. Phillips did offer the story to Sunset magazine without drawing interest.

The earliest documentation of Phillips is his marriage to Gertrude Livesay in Adrian, Michigan, in 1908, three months after Cassidy’s last known letter from Bolivia, according to Pointer. Buck insists they married several months before a documented Bolivian shootout that probably was the one in which Butch and Sundance were killed.

In 1911, the couple moved to Spokane, where their closest friends said years later that Phillips let them in on a secret: He was the famous outlaw.

In the 1930s, Phillips sold his interest in the foundering Phillips Manufacturing Company. He visited central Wyoming, where more than a few people in the Lander area, including one of Cassidy’s old girlfriends, said it was Cassidy who spent the summer of 1934 camping out in the Wind River Range, telling tales about the Wild Bunch and digging holes in search of buried loot.

“All of these people were bamboozled by this faker from Spokane?” Pointer asked. “These weren’t hayseed, duped ignorant people. These were pillars of our community. And if they said something, you had to better take it seriously.”

In 1938, after her husband died of cancer, Gertrude Phillips told a Cassidy researcher that she and her husband had known Cassidy but that Phillips was not him. She did so only because she “didn’t want the notoriety,” Pointer said William R. Phillips told him.

DNA testing is unlikely to determine that Phillips, who was cremated, was Cassidy.

The many reports of later Wyoming sightings have convinced Carol Thiesse, director of the Fremont County Pioneer Museum in Lander.

“If Phillips wasn’t, he certainly knew a heck of a lot about Butch,” she said. 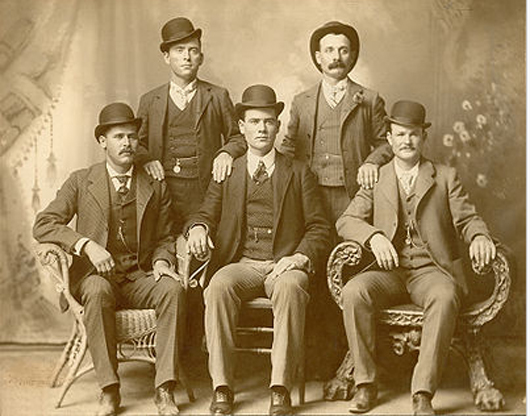