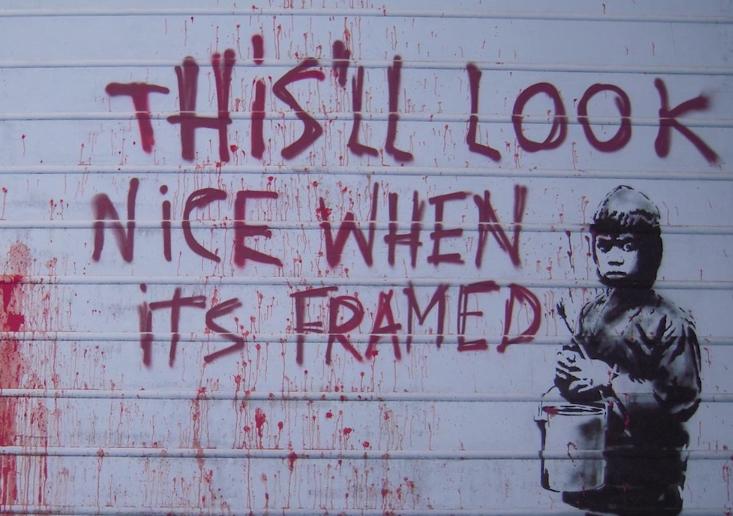 NEW YORK – A documentary titled Saving Banksy will open in theaters around the country on Jan. 20, with additional screenings later in January ad in early March. It will also be available via video on demand channels starting Feb. 1.

According to a press release promoting the film, Saving Banksy examines how street artists’ attempts to share free art with the public are being thwarted by art dealers. It is the true story of one misguided art collector’s attempt to save Banksy’s famous Haight Street Rat from destruction and the auction block. His efforts to save the artwork are met with threats from city officials, snubs from museums and a flurry of six-figure offers from art dealers who cannot wait to get their hands on the painting, the press release states.

Saving Banksy goes behind the scenes into the secretive world of street art and graffiti, and to explore the way Banksy works. Saving Banksy asks the question, “What would you do if you found a million-dollar Banksy spray-painted on the side of your building?”

Banksy is an international sensation who has created some of the world’s most iconic street art. His work is deemed illegal by authorities, but at auction Banksy street paintings sell for hundreds of thousands of dollars. While his work is intended for the public, Banksy paintings have been removed by art dealers and profiteers and re-sold at auction for huge profits, while the artist receives nothing, the press release says.

The film will be shown on these dates at these theaters: