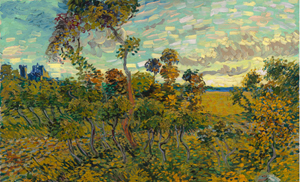 Sunset at Montmajour was unveiled to applause by the museum’s director Axel Rueger as a “unique experience that has not happened in the history of the Van Gogh Museum.”

Depicting a landscape of oaks in the south of France, the painting was brought to the museum from a private collection.

Researchers set to work and authenticated it based on comparisons with van Gogh’s techniques and a letter he wrote on July 4 1888, in which he described the painting.

It had been lying for years in the attic of a Norwegian collector who thought the painting was a forgery, after buying it in 1908.

“This discovery is more or less a once in a lifetime experience,” said researcher Louis van Tilborgh, who helped with its authentication. “All research indicates that this is a painting by Van Gogh.”

The long-lost painting was made at around the same time as some of van Gogh’s most famous works, including “Sunflowers” and “The Bedroom”.

“This is a very, very special morning and you’re seeing a very, very happy director in front of you,” Rueger told AFP.

“When I was told that it had been authenticated as a genuine van Gogh, I could not believe it.”

The museum declined to be drawn on the identity of the mystery collector.

“Unfortunately we cannot divulge too much about the identity of this collector as we need also to protect his privacy,” Rueger said.

The Van Gogh Museum reopened its doors to the public in early May with a stunning new display of some of the Dutch master’s greatest works, completing a trio of renovations of the city’s most famous museums.

It is located on Amsterdam’s historic Museumplein where many other Dutch art treasures, like Rembrandt’s “Night Watch,” can also be found at the recently reopened Rijksmuseum.

The museum features 200 works, 140 by van Gogh, including “The Bedroom,” “Irises,” “The Potato Eaters” and “Wheatfield with Crows.” The museum’s collection also includes many works by contemporary painters.

The newly unveiled van Gogh will go on display on September 24, on a year-long loan from its owner.

With its reopening, the museum expects to attract some 1.2 million visitors over the next year and is one of the world’s 25 most popular museums, according to the City of Amsterdam.

The Van Gogh Museum was the last of Amsterdam’s three major museums to reopen its doors after extensive refurbishments, underlining the Dutch capital’s status as a top art destination. 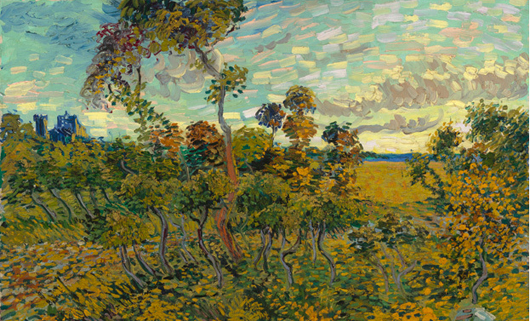