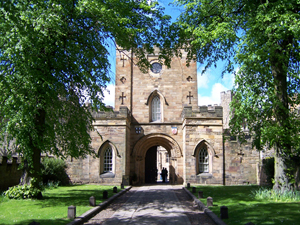 Durham Castle has housed University College, Durham since 1840. This file is licensed under the Creative Commons Attribution-Share Alike 3.0 Unported license.

Two men and a woman from the West Midlands area have been arrested in connection with the Thursday night theft at Durham University’s Oriental Museum, but the items had not yet been recovered, police said.

The northern England-based university confirmed that two “priceless” artifacts were stolen when thieves broke into a ground-floor gallery at the museum: a large jade bowl with a Chinese poem written inside that dates back to 1769, and a Dehua porcelain sculpture.

“We are extremely upset to have fallen victim to such a serious crime,” museum curator Craig Barclay said in a statement. “The two pieces are highly significant in that they are fine examples of artifacts from the Qing Dynasty.”

Police said they were still trying to locate “several outstanding suspects.” The museum will be closed until further notice, the university said.

The university said police and security guards were alerted immediately by alarms, but declined to comment further on its security systems. 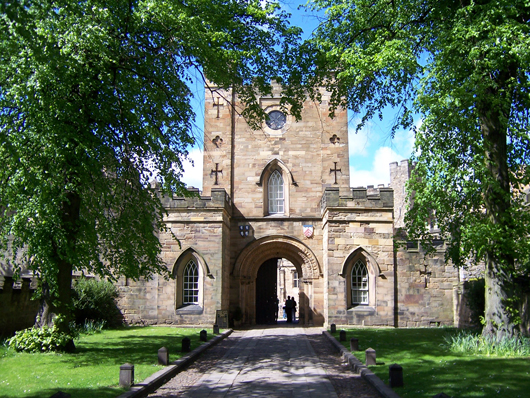 Durham Castle has housed University College, Durham since 1840. This file is licensed under the Creative Commons Attribution-Share Alike 3.0 Unported license.