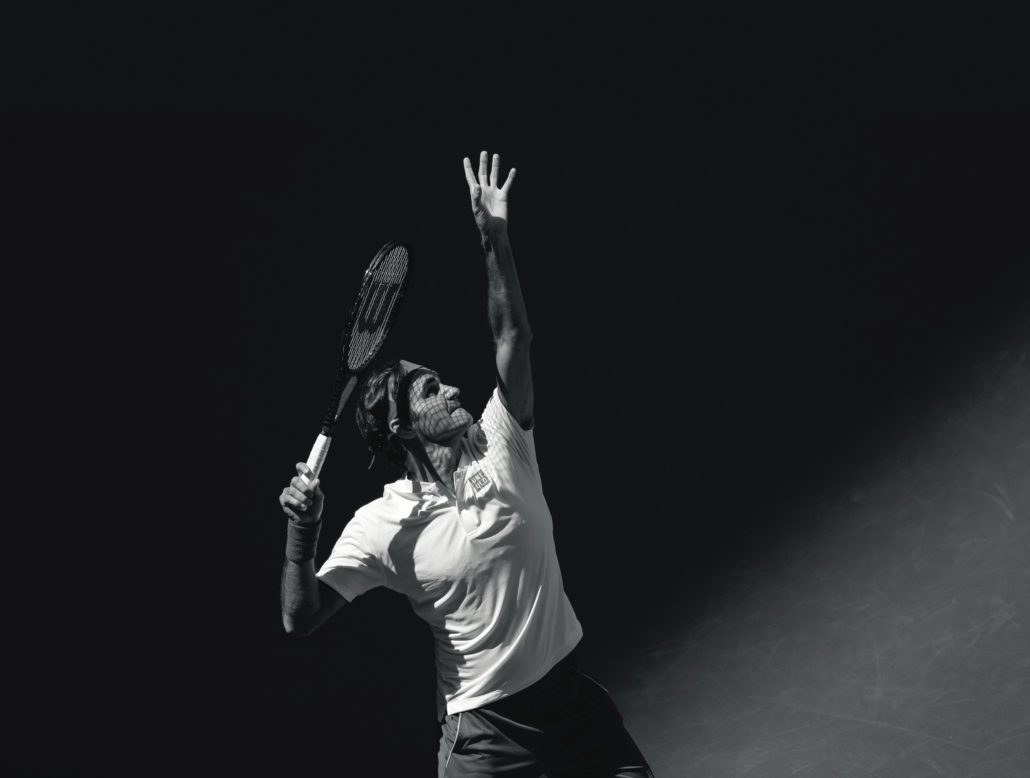 Roger Federer said, “Every piece in these auctions represents a moment in my tennis career and enables me to share a part of my personal archive with my fans around the world. More importantly, the proceeds will support The Roger Federer Foundation to help us continue to deliver educational resources to children in Africa and Switzerland.” 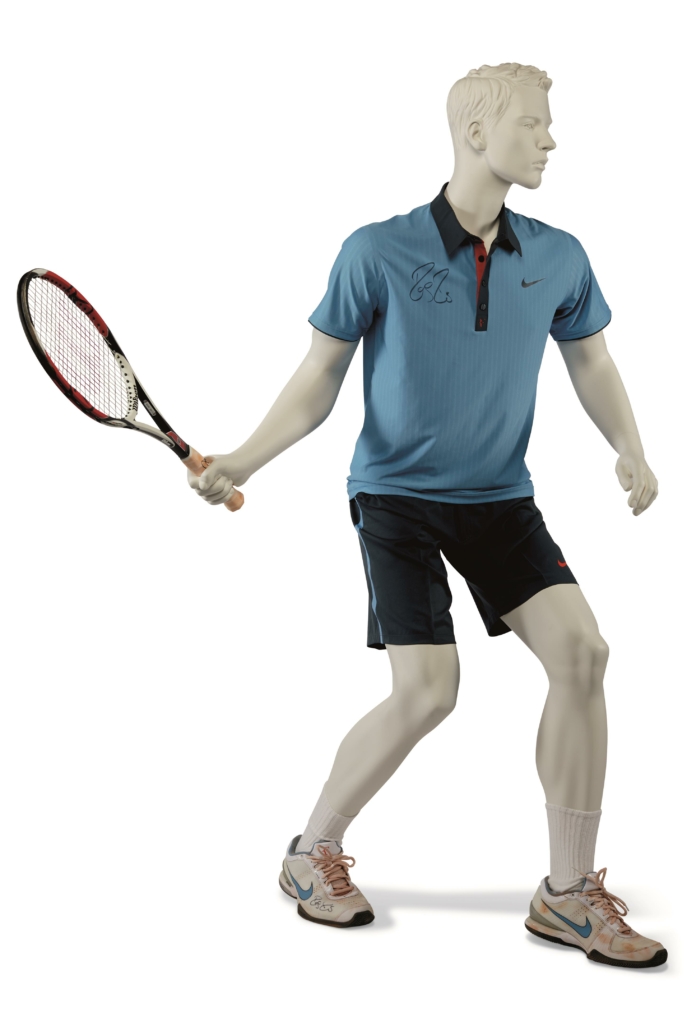 Outfit and racket from Federer’s famous victory over Robin Soderling at the French Open in 2009, including his clay-covered shoes

The Roger Federer Collection – The Live Auction contains 20 lots, each signed and celebrating one of Roger Federer’s 20 record-breaking Grand Slam tennis titles. Estimates range from £3,000-£70,000, and the sale will take place at Christie’s King Street location in London. In January 2018, Roger Federer became the first male tennis player to win 20 Grand Slam titles. Each lot in The Live Auction represents an iconic moment from either the Australian Open, the French Open, Wimbledon, or the U.S. Open.

Tournament shoes Federer wore when facing Rafael Nadal in 2007 at Wimbledon, which feature Swiss flags denoting the years of his previous Wimbledon victories

Highlights will include the outfit and racket from Federer’s famous victory over Robin Soderling at the French Open in 2009, including his clay-covered shoes. The game-worn ensemble carries an estimate of £50,000-£70,000. Also on offer is the outfit and racket from the second of the famous trilogy of Wimbledon finals that Federer played against Rafael Nadal in 2007, including his tournament shoes on which Swiss flags denote the years of his previous Wimbledon victories.  Together, the game-worn gear is estimated at £30,000-£50,000. Rounding out the highlights is an ‘RF’ cardigan and racket from his victory over Andy Murray in 2012, estimated at £40,000-£60,000.

The Roger Federer Collection – The Online Auction will feature 300 lots charting Roger Federer’s career from the early days of the Sydney Olympics in 2000 to matches which took place in 2021. Lots represent matches against Federer’s greatest rivals including Nadal, Djokovic, Murray, Agassi, Roddick and others. The sale has been curated to appeal to Federer fans around the world, and Roger has personally expressed his wish to include accessible estimates starting from £100. The lineup includes tennis rackets signed by the Swiss icon as well as shirts, caps, wristbands, towels, and a famous Wimbledon blazer.