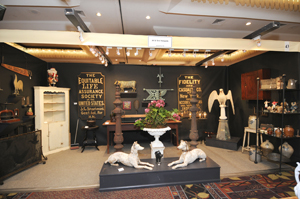 MANCHESTER, N.H. – Like ice cream, trips to the beach and mountain hikes, a sure sign of summer in New England is the New Hampshire Antiques Show®, presented by the New Hampshire Antiques Dealers Association (NHADA). Considered by many to be the best show of its kind in New England, the 53rd edition features 68 dealers of high quality antiques – from folk art to fine porcelain, country and formal furniture to paintings and prints – who have set aside “new to market” merchandise in anticipation of this summer’s big event. The show will take place Aug. 12-14, 2010, at the Radisson Hotel in Manchester, New Hampshire. To attract younger buyers, the show is opening its doors free of charge to anyone under the age of 30 with proper photo I.D.

Managed by a team of dedicated volunteers, the New Hampshire Antiques Show is the highlight of New Hampshire’s Antiques Week, Aug. 6-14. Thousands of antiques enthusiasts from around the country line up early to be admitted to the show, which has been called “fresh and exciting” by dealers and buyers alike.

Three new exhibitors debut at this year’s show. Jeff and Holly Noordsey of Noordsey Antiques in Shoreham, Vt., specialize in antique glass. Members of NHADA for five years, Jeff notes that the show “has a cachet in the antiques world. People still line up outside the doors at 4 a.m. to get into the show. That’s unique.”

Jason Hackler, another dealer debuting this year, agrees. “We’re really excited about this year’s show,” he says. “We’ve been putting aside some things for years, fresh things that haven’t been on the market before.” Hackler, who with his father Samuel manages the New Hampshire Antiques Co-op in Milford, N.H., offers an eclectic mix of art and furniture with an emphasis on New Hampshire and Maine 18th-century art as well as American furniture. Dealer Bill Kelly of Limington, Maine, whose 10-year-old cat, Salem, is a fixture in his booth, sells 17th- to 19th-century American furniture, folk art, paintings, and accessories. He, too, has put aside several pieces for this year’s Show. “I’m really thrilled to be participating,” he says. “I’ve gone many years as a customer and I think it’s one of the best shows in the country.”

Exhibitors offer a wide range of country and formal antique furniture and accessories including clocks, folk art, paintings and prints, textiles, woodenware, nautical and scientific items, metalware, glassware, pottery and ceramics, early lighting, samplers, Shaker furniture and accessories, decoys, architectural and garden ornaments, and books about antiques. Each exhibitor is a NHADA member, adhering to the highest standards of the antiques business, celebrating the long tradition of excellence in quality of merchandise, and committed to engaging with show customers to promote knowledge and goodwill.

• The New Hampshire Antiques Dealers Association (NHADA) is one of the largest antiques organizations of its kind, with nearly 300 in-state and out-of-state members.

• Members are committed to business integrity, as well as building awareness and appreciation of articles of antique value.

• Started in the early 1950s in Portsmouth, New Hampshire, NHADA established its goals to “…elevate and maintain the standards of the antique [sic] business in New Hampshire, to increase general public awareness and appreciation of articles of antique value, to promote the best interests of all phases of antique dealing….”

• In 1957, NHADA established the New Hampshire Antiques Show®, made up entirely of dealers who are members of the organization. The show has grown to include 68 exhibitors and attracts thousands of visitors from around the country annually to Manchester.

• The current president of NHADA is Kathy Schoemer of Acworth, New Hampshire. 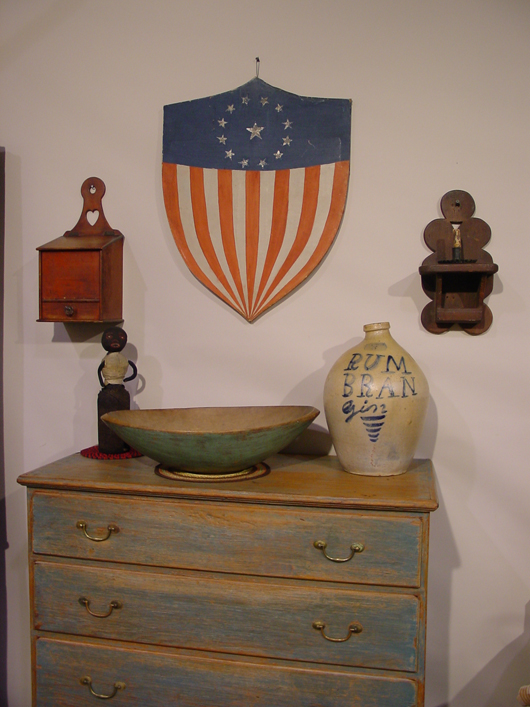 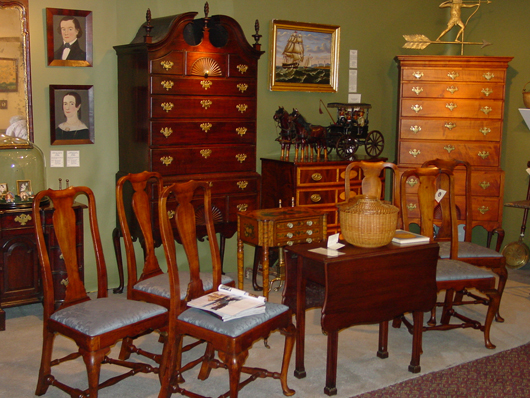 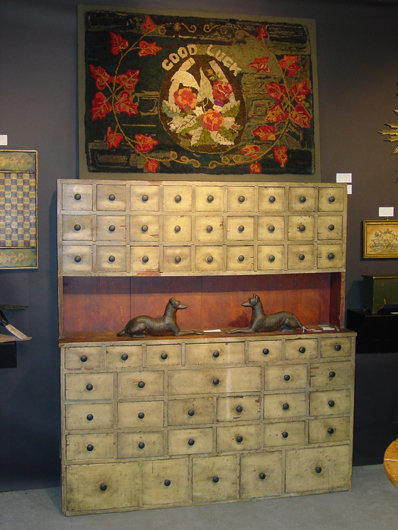 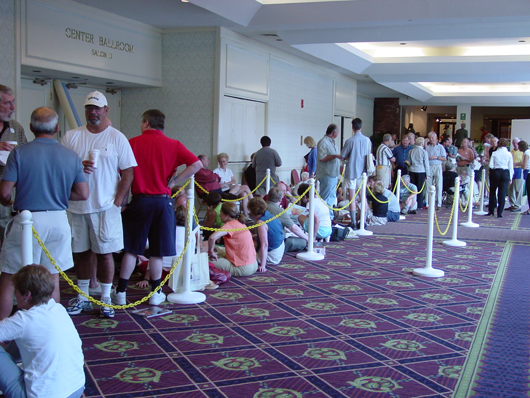 The line of people hoping to get first grabs at the merchandise begins to form early in the morning. Copyrighted archival image taken at NHADA show by Catherine Saunders-Watson.