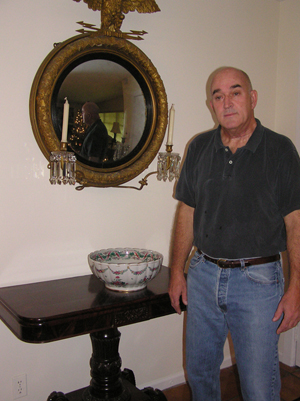 WEST PALM BEACH, Fla. – For the second year in a row the last days of the year overlap the first weekend of the next month and the next year giving the West Palm Beach Antiques Festival two shows in the month of December. The first three-day event of the month was held Dec. 2-4 and the second will Dec. 30 and 31 and will conclude on New Year’s Day, Sunday, Jan 1.

The first December show enjoyed another record crowd, spurred on by the cooler temperatures with highs reaching into the mid 70s. Both the East and West Expo halls were sold out of indoor dealer spaces with another 70 dealers outside, reaching a total of over 400 dealers set up at the festival. Winter visitors have started returning in great numbers for the Florida winter season.

The seasonal visitors included dealers as well as buyers. Mark Fixster of Vermont offered an elegant violin in a custom case for $200. Jeff Cotton of Atlanta showcased an oak and brass trimmed trolley car coin machine, early 1900s, for $1,200 and John Valentino of New Jersey displayed a pair of 40-inch-tall figural aluminum garden urns from the 1960s for $760 each, while Pat Reed of Damarscotta, Maine, said her pedal car, which represented a World War I-era airplane, was probably a one-of-a-kind handmade item from the period and easily supported the $1,250 price tag.

Florida and local dealers were certainly well represented. Among those was longtime Palm Beach County dealer David Strasser, a specialist in smaller items of higher quality. Strasser grew up in Michigan’s Upper Peninsula and has collected antiques most of his life. His early interests ran to early porcelain and 18th century American antique furniture, but after retiring from Civil Service he broadened his horizons after opening a retail shop on Antiques Row in West Palm Beach. He has been at the West Palm Beach Antiques Festival for two years and has a large following from his 14 years on the row.

He normally displays over 300 items in his booth at the festival in a variety ranging from late 19th century French and European animal figural bronzes to a large variety of German and English porcelain from the early 1800s to mirrors, clocks and other antique looking valuables. While his favorite item is an 18th century Hepplewhite mantel clock with an undisclosed price the rest of his inventory ranges in price from $25 to $1,800. He said what attracts the most attention in his booth is the wide variety of porcelains.

The West Palm Beach Antiques Festival regular season three-day format continues with the Dec. 30-Jan. 1 show. It will open with over 400 dealers in place with many northern dealers now set up for the winter season. Early buyers start at 9 a.m. Friday, Dec. 30 for $25 and the ticket is good for all three days. The show opens to general admission at noon on Friday to 5 p.m, Saturday 9 a.m. to 5 p.m. and Sunday 10 a.m. to 4:30 p.m. for $7; seniors $6. Anyone under 16 is admitted free. There is no charge for parking at the fairgrounds. 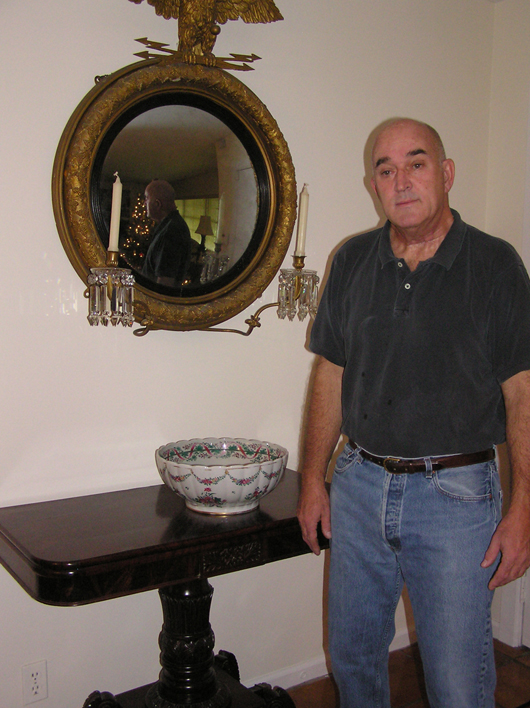 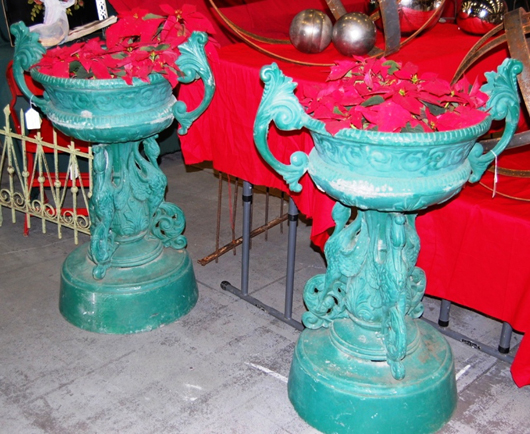 A pair of painted aluminum urns from the 1960s were tagged $760 each. Image courtesy of the West Palm Beach Antiques Festival. 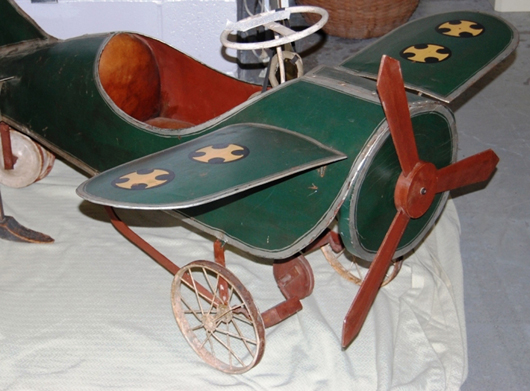