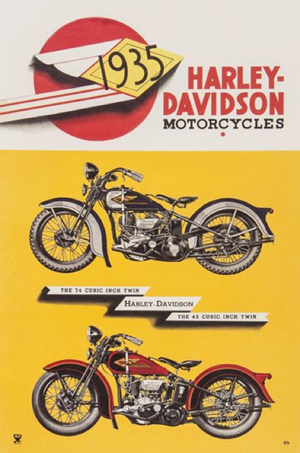 1935 Harley-Davidson Motorcycles lithograph to be auctioned by Bloomsbury Auctions on July 16, 2013.

MILWAUKEE (AP) – The Harley-Davidson Museum is planning some special events to celebrate its five-year anniversary this weekend.

The Milwaukee museum is hosting a 1940s motorcycle rally as well as the largest assembly of vintage Harley-Davidson Knucklehead motorcycles in the world on Saturday.


There also will be an antique motorcycle show, a competition of 1940s motorcycle field games and performances by the American Motordrome team.


The museum’s 20-acre site has hundreds of bikes and other pieces of history and culture.


Harley-Davidson Motor Company is also having its 110th anniversary celebration in Milwaukee over Labor Day weekend. 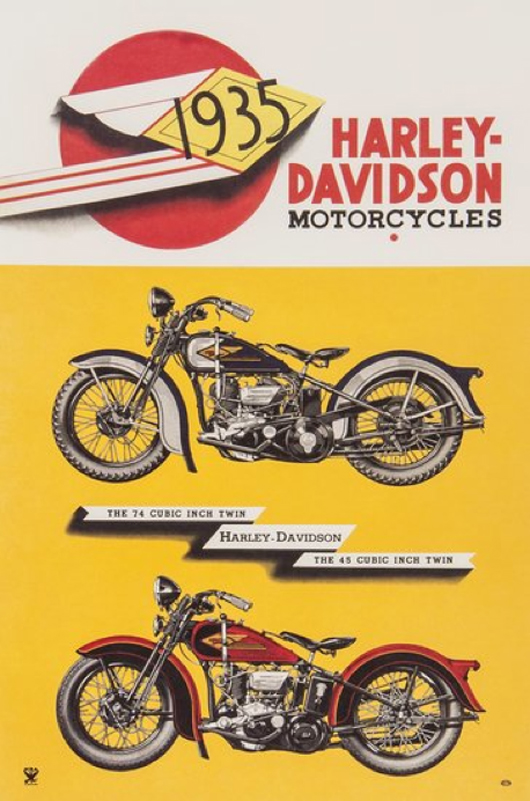 1935 Harley-Davidson Motorcycles lithograph to be auctioned by Bloomsbury Auctions on July 16, 2013.