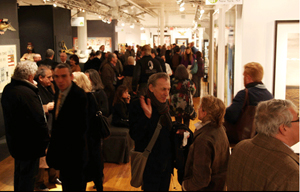 NEW YORK – Despite the frigid temperature on the evening of Jan. 18, some 1,400 people streamed into the inaugural Metro Show opening at Chelsea’s Metropolitan Pavilion to preview the brand-new incarnation of the former American Antiques Show. Throughout the exhibition hall, superlatives for the event reverberated from the 35 participating dealers, and everyone else. Collectors, contemporary artists, curators, and interior designers all proclaimed the show a smashing success. In fact, the dealers declared the packed crowd to exceed any preview-show attendance they had witnessed in years. Over 6,000 people continued to flow into the Metro Show right up to its close on Jan. 22.

“We are very pleased that we have been able to establish a vibrant new fair like the Metro Show in this tight economy,” said Caroline Kerrigan Lerch, who worked with the original American Antiques Show for seven years. “Many exhibitors had exceptional sales, many to new clients. This highly upbeat development bodes well for the future.”

“This show has taken on a new vibrancy,” said Jerry Lauren, the noted folk art collector.

Added interior designer Mario Buatta: “The opening had great energy. I haven’t seen crowds like this in years.”

“The opening night was sensational,” said Tim Hill. “It was an exciting mix of familiar and new faces interested in a wide range of things.”

“We never anticipated the amount of people who would attend this show,” said Frank Maresca of the Ricco Maresca Gallery, which sold seven objects, three of them to new clients. “The people were focused on buying and asking the right questions,” he said.

Arne Anton of American Primitive used the words “the best energy at a show in a very long time. The energy in the room was palpable.”

“This was the best opening I’ve had since the Nashville Show thirty years ago,” said Garthoeffner Gallery Antiques’ Pat Garthoeffner, who was back at 8:30 a.m. the next day to restock her stand.

“We were very pleased to see many new faces,” said Gary Sullivan, who also reported significant sales on opening night.

Arlie Sulka of Lillian Nassau had the most people she’s ever had in her booth. “It was amazing!” she said.

“The opening was beyond anything I could ever imagine,” said Jeff Noordsy of Jeff and Holly Noordsy Art and Antiques, comparing it to the crowded opening of the New Hampshire Antiques Dealers Show.

Native American specialist John Molloy thought the show had “fantastic vitality and a diverse mix of specialties that make it one of the most exciting in New York.”

Tramp art specialist Clifford Wallach reported that one of his biggest clients flew in from Los Angeles on his private plane to pick up a few important pieces of tramp art. “This was the best show preview I’ve experienced,” said Wallach. “I sold fifteen pieces on opening night, one of which was the most expensive in the stand.”

In addition to the dealer offerings, private evening receptions for members of the Whitney, Cooper-Hewitt, and American Folk Art Museum took place. Booth talks and book signings at the individual stands, where dealers discussed their specialties, were held throughout the duration of the Metro Show. 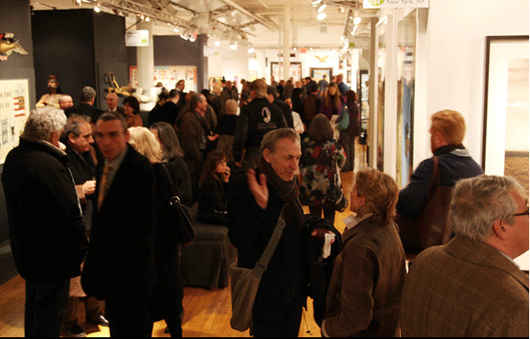 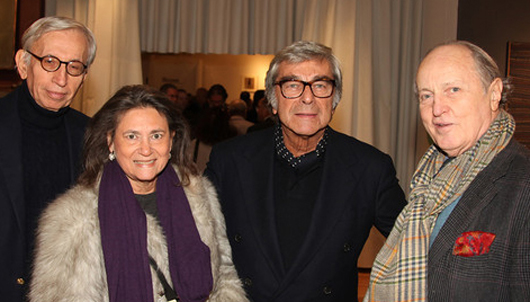 VMFA to host ‘Maharaja: The Splendors of India’s Great Kings...
Scroll to top