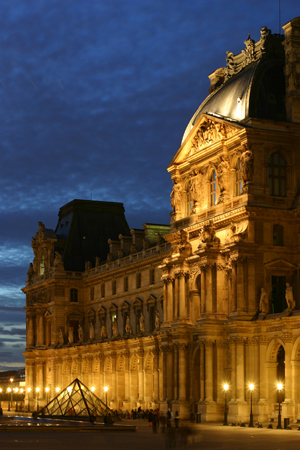 The Richelieu Wing of The Louvre, Paris. Photo taken in 2005 by Gloumouth1, http://gloumouth1.free.fr.

PARIS (AP) – It’s a safe bet that the Louvre Museum, that hallowed sanctum that houses the Venus de Milo, the Mona Lisa and countless other priceless artistic treasures, has never seen moves quite like Janet Jackson’s.

The Grammy-winning pop princess gave her raunchy fabulous best for a good cause on Tuesday, bumping and grinding her way through a raucous set at a glitzy charity gala Tuesday inside the museum.

The concert – the highlight of the “Liaisons au Louvre” benefit, with proceeds going to the museum – was a first-ever for an institution more often associated with string quartets in period costume than sexed-up American pop divas.

Held under I.M. Pei’s iconic pyramid, Jackson’s performance was loud enough to make the glass paneling reverberate overhead. Jackson, sporting a white crocodile pantsuit and surrounded by a cadre of crotch-grabbing dancers, belted out a medley of her greatest hits, including 1986’s “What Have You Done For Me Lately,” “Miss You Much” and “Rhythm Nation,” both from 1989, as well as her trademark hit “Nasty.”

Astonishingly for a posh charity event – where cumbersome evening gowns tend to keep guests glued to their seats – Jackson had the well-heeled crowd of about 300 up and dancing.

“Her music is the soundtrack of all our lives,” gushed Lucas Somoza, a 29-year-old Houstonian who now lives in Paris. “She is one of the iconic singers of our times and to see her live is mindblowing.”

The Louvre closed early to the public Tuesday to receive guests including Prince Albert II of Monaco and actress Diane Kruger, as well as hundreds of art lovers and do-gooders with deep pockets. They sipped flutes of Champagne as they ambled among the works of art and explored private chambers once belonging to Louis XIV, the Sun King, before dining in a covered sculpture garden.

The “Liaisons au Louvre” event is organized by Becca Cason Thrash, a Houston-based philanthropist whose work for the museum has made her a beloved figure in France.

“Americans have done so much for culture here in France. They saved Versailles and Giverny,” Culture Minister Frederic Mitterrand told The Associated Press, referring to the sprawling royal palace in the Paris suburb of Versailles and the home of Impressionist painter Claude Monet in the northern Normandy region. ‘I can only applaud the work done by Mrs. Thrash, who’s one of those marvelous Americans who put so much time and effort into saving the precious things we’re lucky enough to have in this country.”

Thrash herself played auctioneer at the event, using her Southern charm to up the ante and fetch the highest possible price for lots including luxury holidays and a painting by Richard Price, which went for $700,000. Other top lots included an African safari (which fetched $90,000), a yacht trip ($100,000) and a Marrakech getaway ($50,000).

Thrash called on the bidders by name, rewarding those who heeded her appeals to raise the bid with a “Thank you, baby!” When at one point the quick-witted Texas belle lost her balance and nearly toppled over, she recovered and asked, foxily, “Who will give me $100,000 to catch me when I fall?”

Tuesday’s gala capped three days of festivities for the out-of-town attendees, including a dinner at the American ambassador’s residence and a trip to a chateau outside Paris.

“It’s glamour for a good cause,” said Petersen, looking red-carpet-ready in her white pearl and feather-covered gown. “It makes you feel like royalty just being here.”

“Plus, we’re letting the culture soak in by osmosis,” she said, gesturing at the treasures that fill the sprawling museum, formerly a royal palace in the heart of Paris. 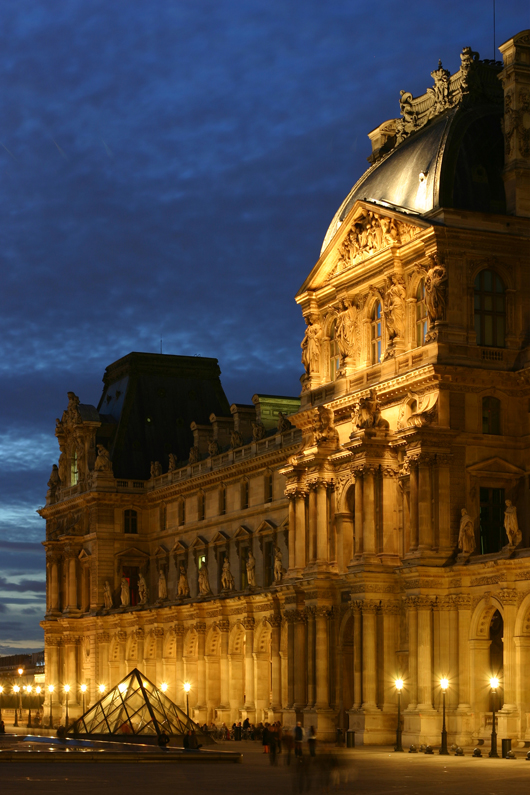 The Richelieu Wing of The Louvre, Paris. Photo taken in 2005 by Gloumouth1, http://gloumouth1.free.fr.