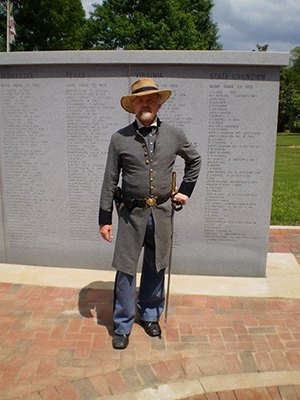 MARIETTA, Ga. (AP) – The names of 350 Confederate soldiers buried as “unknowns” in the Confederate Cemetery here will now be forever emblazoned on memorial walls facing their graves as a result of the work of a local historian.

A bronze statue of a Confederate soldier will be erected there soon as well.

The new walls were needed when a local historian, Brad Quinlin, and Betty Hunter, president of the Marietta Confederate Cemetery Foundation, worked together to discover the names of 350 soldiers known to be buried in the cemetery.

Those 350 were then added to the 800 names already displayed on the two granite walls that have been in the park since August 2013.

Four walls face the cemetery estimated to hold 3,000 Confederate soldiers, but Hunter said she is proud to have identified more than one-third of those “buried heroes” now.

The search for the names of soldiers who died and were buried in Marietta lasted two years, Hunter said.

The city spent $47,000 to install the two new walls, which are 8 feet wide and 4 1/2 feet tall, as well as new landscaping, said Rich Buss, the city’s parks and recreation director.

Hunter said community members donated an additional $7,000 to buy and engrave the new slabs of granite.

“This wouldn’t have been possible without the contributions of local people,” Hunter said.

Hunter said the new memorials will help more people connect with the history of the cemetery.

“It’s nice to have them there because so many people are interested in genealogy now, and so many people don’t know where their ancestors are buried, and it will shed a lot of light as to where they died and where they were buried,” Hunter said.

Quinlin said he looked through 45,000 pages of hospital records kept by Samuel Hollingsworth Stout, the general surgeon in charge of all Confederate hospitals in Georgia from 1863-64. Quinlin looked through the documents searching for soldiers who were wounded and sent to Marietta hospitals during the Civil War.

“We checked and double checked these names for burial records and this is how we got the complete list that we have now (of soldiers buried in the Confederate Cemetery),” Quinlin said.

Out of the 405 names Quinlin found by looking through the hospital records, Hunter said she chose 350 who she could confirm were buried in the Marietta Confederate Cemetery based on the cemetery’s burial records.

“When (Quinlin) got the names for the hospital records, he allowed us to look at them, and we pulled out the ones that had died in Marietta and did a background search to find out if they had been buried somewhere else,” Hunter said.

Some of the Confederate soldiers Quinlin found were buried in Oakland Cemetery in Atlanta, Hunter said.

The 800 names displayed on the two walls that have been at the park for a year were verified through records the Kennesaw Chapter of the United Daughters of Confederacy kept of burials, Hunter said.

Pilgrim said similar statues of Confederate soldiers have already been erected in Paulding County outside the government building and in Jackson County on the Jefferson Square.

“Every time we erect a monument, we change the head to make it unique to that particular area,” Pilgrim said.

Marietta’s statue was sculpted by locals Dawn and Tina Haugen, who own a sculpture studio in Marietta.

Quinlin said he could identify more of the 3,000 Confederate soldiers buried in the cemetery in the future because he hasn’t made it through all 45,000 pages of hospital records yet.

“We still have research to do,” Quinlin said.

The results of the research so far – the two new memorial walls – as well as the statue will be unveiled to the public at a ceremony Oct. 19 at 1 p.m. 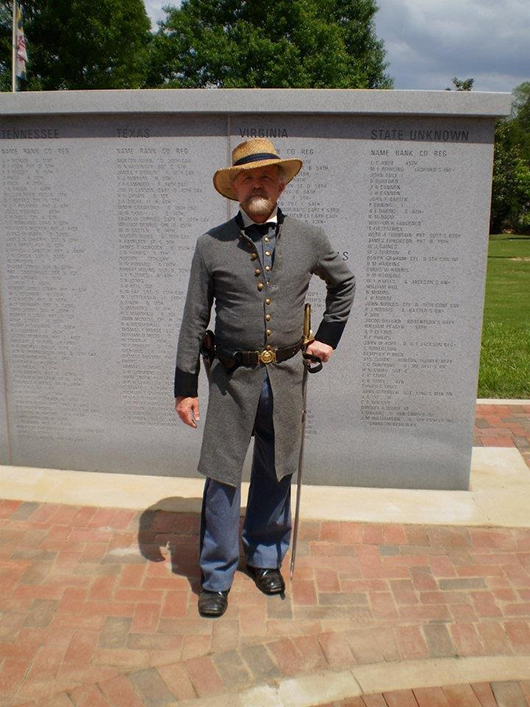