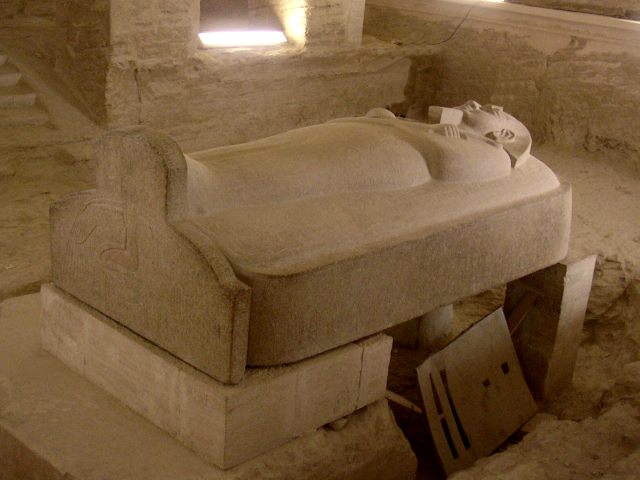 Sarcophagus of Pharaoh Merenptah in the Valley of the Kings; not one of the objects returned to Egypt. Hajor image. This file is licensed under the Creative Commons Attribution-Share Alike 3.0 Unported license.

Israel’s Foreign Ministry returned the relics to Egypt’s ambassador to Israel at a ceremony Sunday. The ministry said their return was possible due to its “strengthening dialogue” with Egypt’s embassy.

Israel’s Antiquities Authority says the colorful sarcophagus covers date back as early as the 16th and 10th centuries B.C. It says they were shipped from Egypt to Dubai and later from London to Israel. Israeli officials discovered them in 2012 in an antiquities dealer’s store in Jerusalem’s Old City.

Egyptian Ambassador Hazem Khairat says Egypt “is looking forward to the return of the rest of smuggled antiquities found in Israel,” according to a statement provided by Israel’s Foreign Ministry. The ministry didn’t elaborate.

Israel seeks to save ancient sites from earthquake

Pages astronauts followed to land on moon sell for $175,000