Robert Edward Auctions has no upcoming auctions. Follow this auctioneer to hear about new auctions.

LOS ANGELES – Charles Conlon’s photograph of Ty Cobb sliding into third base is considered by many to be the most hallowed and coveted sports image. An original image of Conlon’s shot sold for $390,000 at Robert Edward Auctions on Dec. 6.

WATCHUNG, N.J. (AP) – A Honus Wagner T206 baseball card has been auctioned for $1.32 million in online bidding. Robert Edward Auctions said Monday that 42 bids were placed by Saturday’s deadline for the card, which was rated as a three condition on a scale from one to 10, with 10 the best. The winning […]

PROVIDENCE, R.I. (AP) – A Superior Court judge has ruled in a family dispute over a collection of major league baseball bats, balls and autographs of Hank Aaron, Ted Williams and Joe DiMaggio. The Providence Journal reports that Judge Judith Savage ruled that the items of Robert W. Stewart belong to the late umpire’s grandson […]

Past Auctions from Robert Edward Auctions 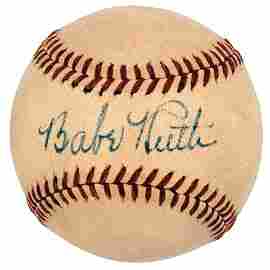 Watchung, NJ
Auction Ended
View:
24
Get notifications from your favorite auctioneers.
As Seen On
Shop With Confidence
Since 2002, LiveAuctioneers has made exceptional items available for safe purchase in secure online auctions.
Trustpilot
Company
Winning
Selling
© 2002-2021 LiveAuctioneers. All Rights Reserved.Cookie PolicyTerms & ConditionsPrivacy Policy
This site is protected by reCAPTCHA and the Google Terms of Service and Privacy Policy apply.
BACK TO TOP