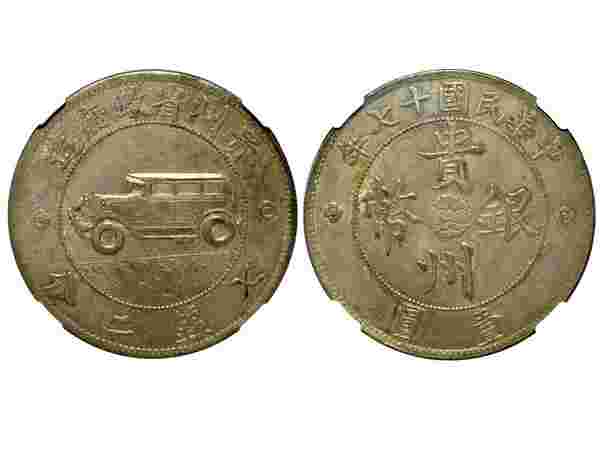 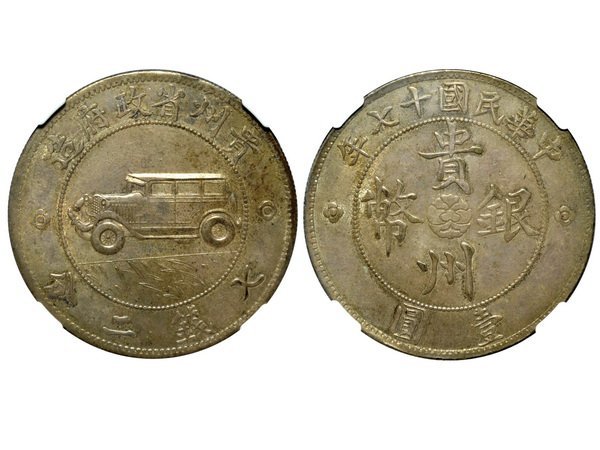 "Silver Coins of China and the Colony of Hong Kong" was the title of an important auction of machine struck Chinese coins, conducted on 24 November 1966 by the London coin firm of Glendining Company. The sale consisted of 626 lots, some of which were illustrated on the ten plates at the end of the catalog. This was the most extensive sale of Chinese silver coins ever held in England, and until the Kann sale in 1971, was probably the largest such sale held anywhere in the world. The cataloging was apparently done by D. J. Crowther, but we know almost nothing about the collector. His name is given as W. Von Halle and the preface to the catalog suggests he had not been collecting for very long. The name suggests he may have been German rather than English. He purchased coins from dealers and auctions all over the world, including pieces from the Wayte Raymond collection, sold by Glendining in November 1963. The Von Halle sale was so important that in 1967 a red hard cover reprint was produced with text, plates and prices realized. The reprint rights were purchased by Sidney Frey (1921-1968), who in the previous year had purchased the rights to and reprinted the Kann catalog. Frey was the president of a company which produced record albums, but he also had an interest in Chinese coins. In 1967 he tried to organize the Asiatic Numismatic Society, but was unsuccessful.

As the title of the sale indicates, there were no gold coins in the auction. There were, however, a number of patterns in pewter, copper or other metals. The prices realized are given in British pounds (there was no buyers fee in those days), which at the time was worth U.S. $2.79 or roughly three dollars per pound. Nine coins sold for over 200 pounds:

Other coins which brought over a hundred pounds were:

Lot 710 Sun Yat Sen same but 1929 struck in copper Kann unlisted 110 pounds (lots 708-710 were all from the Wayte Raymond Collection sale 1963. The unlisted piece is mentioned by Kann on page 205 where he dismisses it as a mint sport. In later correspondence with Howard F. Bowker, Kann says that paragraph should be deleted because he had discovered the coin was in fact made at the Philadelphia Mint to test the reverse die.)

Lot 720 Sun Yat Sen 1936 Half Dollar with reeded edge Kann 635 105 pounds (Kann does not record any security edge coins in his catalog, but they are hinted at on page 207 in the text following the description of K 635, where he shows a table of coin specifications, which includes the remark: "Too thin for security rim". This table is clearly the results of experiments made using a security edge.)

244 Followers
Get notifications from your favorite auctioneers.
As Seen On
Shop With Confidence
Since 2002, LiveAuctioneers has made exceptional items available for safe purchase in secure online auctions.
Popular Searches
Artists & Creators
Brands
Style Periods
Origins
Company
Winning
Selling
Â© 2002-2020 LiveAuctioneers. All Rights Reserved.Cookie PolicyTerms & ConditionsPrivacy Policy
This site is protected by reCAPTCHA and the Google Terms of Service and Privacy Policy apply.
BACK TO TOP