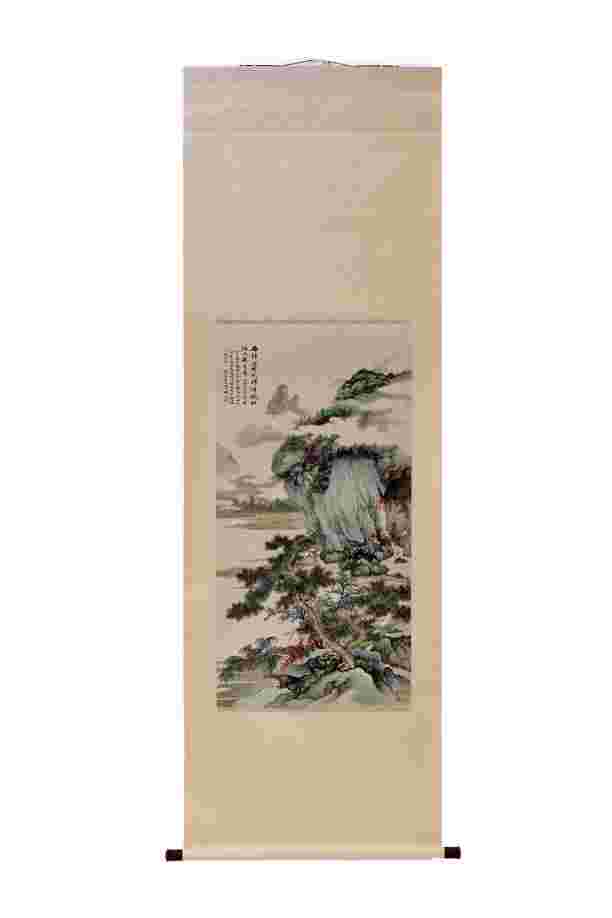 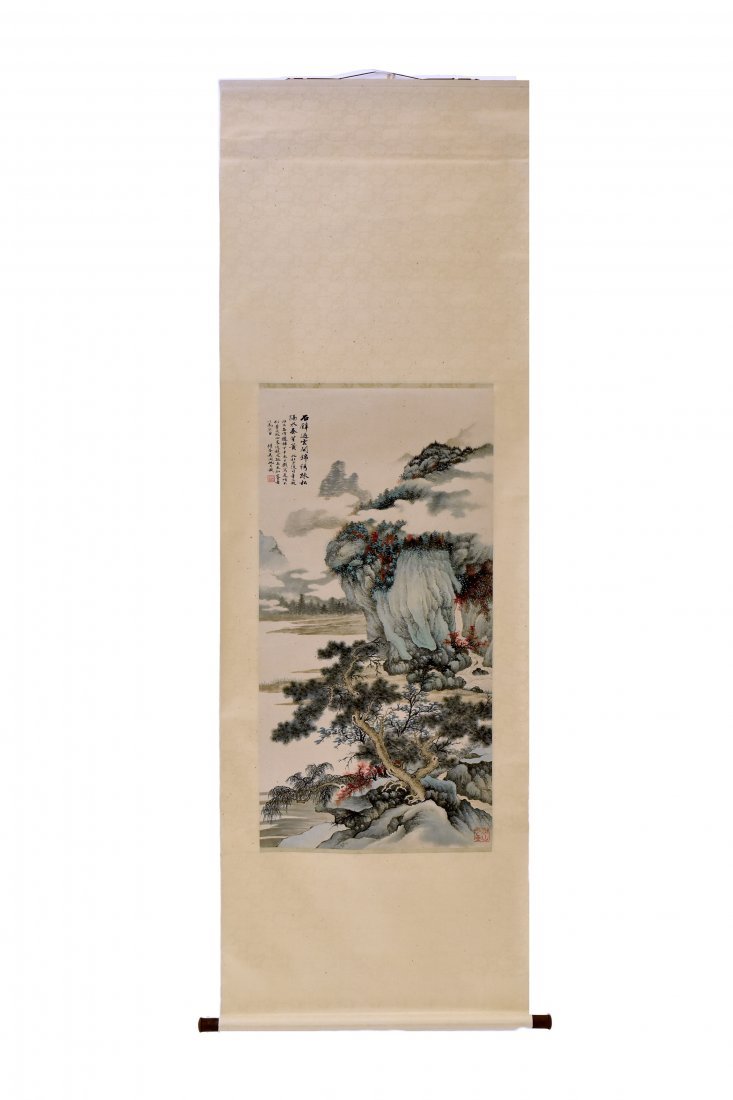 Wu HuFan (Chinese, 1894-1968) was a leading traditional painter, known as a collector and connoisseur, as well as for his landscape works. Born in Suzhou in the Jiangsu province, Wu was the grandson of calligrapher and painter Wu Dacheng, and, from a young age, was able to study the works of masters such as the "Four Wangs" of the Qing dynasty. He later studied the painting of Dong Qichang and other artists from the Five Dynasties and Ten Kingdoms period, the Northern and Southern Song, and Yuan and Ming dynasties.
Wu spent the early part of his life in the Shanghai region, and, following the establishment of the Peoples Republic of China in 1949, taught at the Shanghai Institute of Chinese Painting. He went on to become one of the city's most important connoisseurs, writing extensively about the works in his collection.
Wu was known for his elegant brushwork, as well as his delicate ink tones and textured rendering of mountains and trees. His work was firmly rooted in tradition, characterized by clearly defined foregrounds, middle grounds, and distances, and made more modern by his use of color. In particular, Wu's work is noted for its lack of any reference to the dramatically shifting political landscape of 1950s and 1960s China. Although Wu focused primarily on landscape paintings, he was also interested in drawing, and executed a number of flower and bamboo works.

Over all in EXCELLENT Condition. Natural imperfection on the medium (paper or silk), regardless from any major damages; includes light blooms, discoloration and minor fading. Consider normal due to the ages.
The bidder assumes responsibility for ensuring that the condition of the item(s) meets with their satisfaction prior to bidding. Any condition statement is given as a courtesy to a client, and is only an opinion and should not be treated as a statement of fact. EDEN Galleries shall have no responsibility for any error or omission. The absence of a condition statement does not imply that the lot is in perfect condition or completely free from wear and tear, imperfections or the effects of aging.

1,834 Followers
Get notifications from your favorite auctioneers.
As Seen On
Shop With Confidence
Since 2002, LiveAuctioneers has made exceptional items available for safe purchase in secure online auctions.
Popular Searches
Artists & Creators
Brands
Style Periods
Origins
Company
Winning
Selling
© 2002-2020 LiveAuctioneers. All Rights Reserved.Cookie PolicyTerms & ConditionsPrivacy Policy
This site is protected by reCAPTCHA and the Google Terms of Service and Privacy Policy apply.
BACK TO TOP