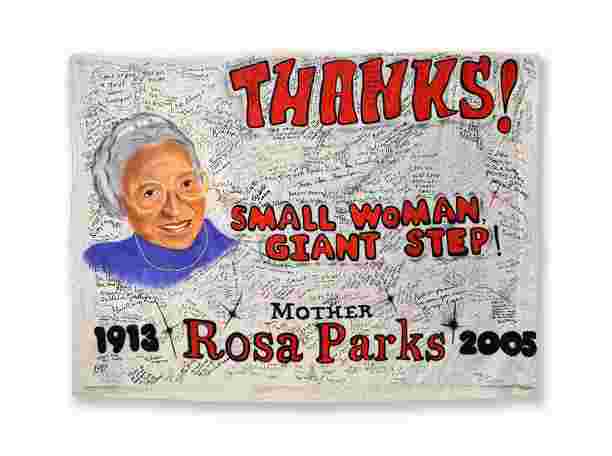 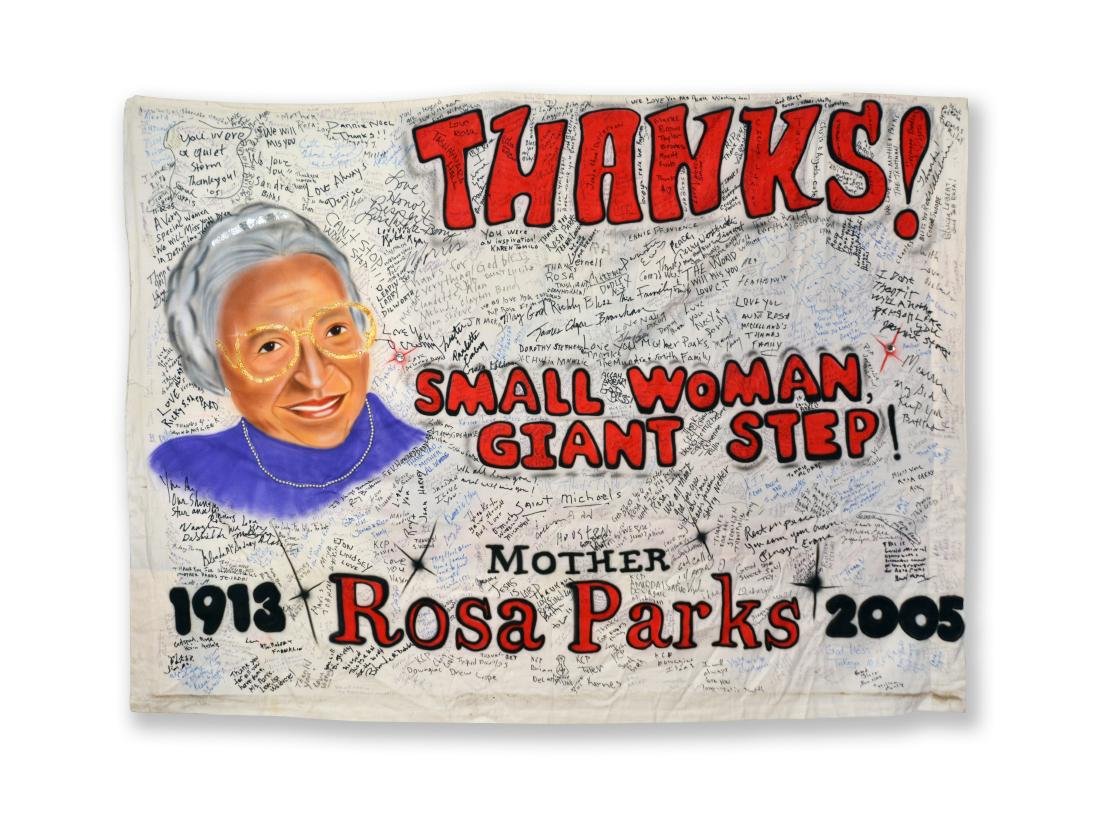 An approximately 4' x 6' banner, painted by the artist Helen Longino on a sheet, and brought to the funeral of Rosa Parks, where it was signed by hundreds. Features an airbrush portrait of Rosa Parks, a string of faux pearls around her neck, glitter, and rhinestone accents. Banner reads "Small Woman Giant Step / Mother Rosa Parks / 1913-2005."

On Wednesday, November 2nd, 2005, thousands crowded the Greater Grace Temple in Detroit, Michigan, to pay their respects at the funeral of Rosa Parks, the Mother of the Civil Rights Movement. Luminaries such as the Revs. Jesse Jackson, Al Sharpton and Joseph Lowery, along with former President Clinton and his wife, Sen. Hillary Rodham Clinton; Michigan Rep. John Conyers; Nation of Islam leader Louis Farrakhan; and singer Aretha Franklin, were all in attendance. We have been informed by the owner of this banner that it was signed by some of these noted people such as President Clinton and Reggie Jackson, but are still in the process of locating these signatures.

This banner was brought by Ms. Longino to the funeral, where outside of the Greater Grace Temple hundreds signed and wrote touching messages to Mrs. Parks, such as, "Thank you Rosa for sitting down, I will stand for you," "we love you Mother Parks," and "We all thank God for you...you are in our hearts forever." The banner was then held by onlookers while Mrs. Parks' casket was taken by horse-drawn caisson out of the temple. The number of signatures and the sincerity of the heartfelt messages written on the banner are powerful testaments to the deep love and respect felt by countless for Mrs. Parks, the Mother of the Civil Rights Movement.