See Sold Price
Sell a Similar Item
Don't Miss Your Next Treasure.
Set up a search alert to hear when Drawings items arrive. 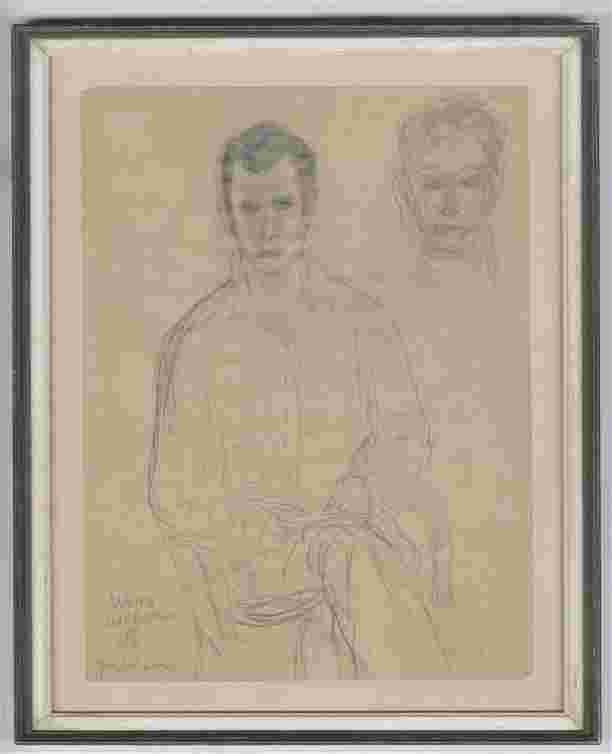 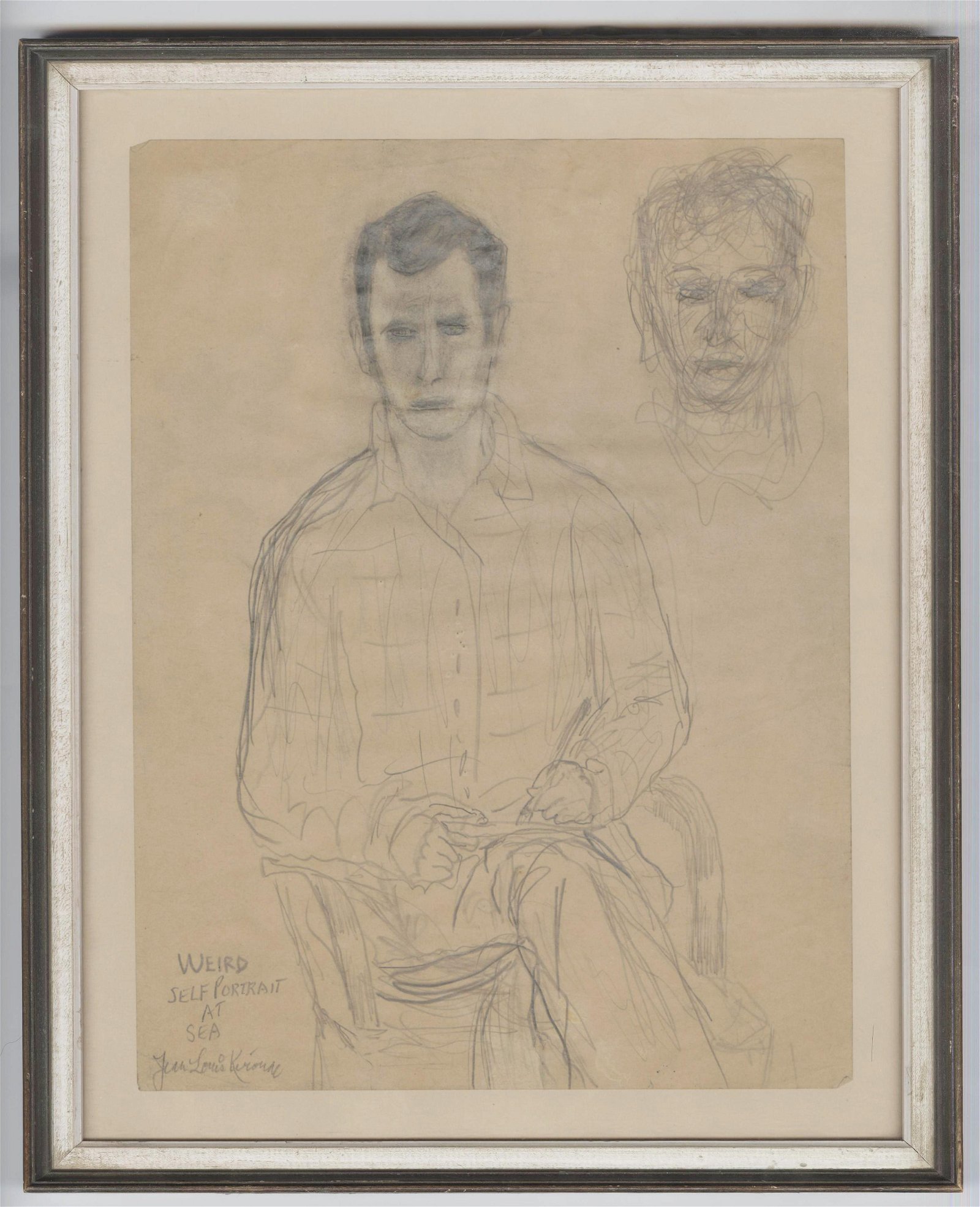 Stunning Jack Kerouac original self-portrait drawing titled "WEIRD SELF PORTRAIT AT SEA", rendered in graphite and signed by Kerouac as "Jean Louis Kerouac". Completed on tan paper 8.5" x 11" (by sight), matted framed and glazed to a completed size of 11" x 13".  Rendered in graphite with artistic smudging to the graphite on the face. Slight surface grime, else near fine. Verso with exhibition stamp "Exhibited at Whistler House Museum of art, October 1-4, 1998 / Jack Kerouac: Painter and Poet, 243 Worthen Street, Lowell MA 01852", and with a note in felt tip of "personal property of John Sampas".

Provenance: The piece will be accompanied by an estate certification signed by John Sean-Sampas, executor of the Kerouac Estate by descent. John Sean-Sampas is the son of John Sampas, who was the brother-in-law of Jack Kerouac, and the brother of Stella Kerouac, Jack's wife.

Believed to be his only "exhibited" drawing, the intriguing self-portrait  depicts Jack wearing a collared button down shirt, sitting and writing. The revealing title "WEIRD SELF PORTRAIT AT SEA" may tie the artwork to the period of Kerouac's life to when serving in the United States Merchant Marine, circa 1942. Kerouac served on the troop transport Dorchester from July through October 1942 before returning to Columbia University. The Dorchester would be torpedoed three months after Kerouac's departure with most of the 600-man crew dying including the Four Chaplains. This service was believed to have inspired him to write his first novel "The Sea Is My Brother".