713C MenpesWhistler as I Knew Him1500 etching
See Sold Price 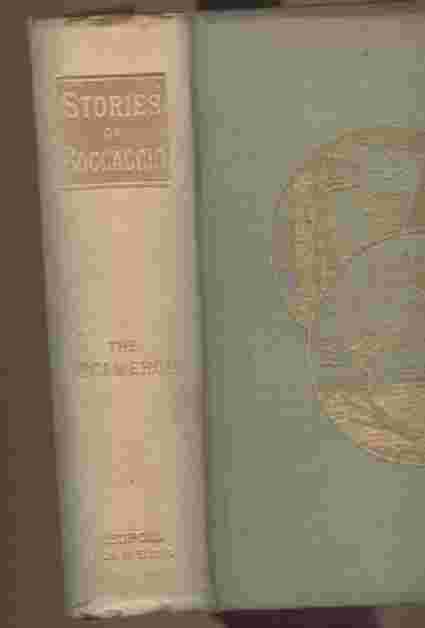 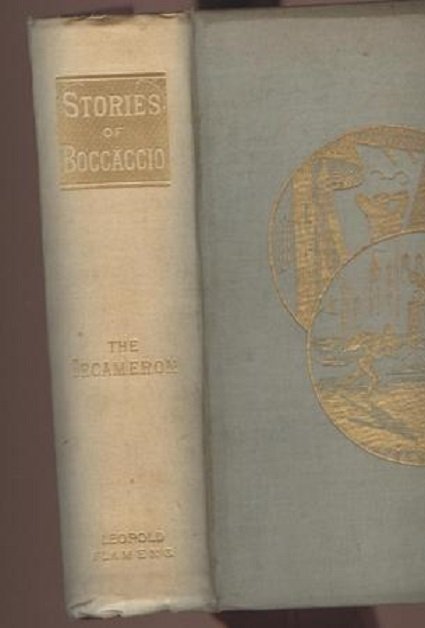 "The Decameron of Giovanni Boccaccio with complete set of original etchings by Leopold Flameng".

G. Barrie imported the book to America and sold it with a new title page, Edition De luxe -- "Stories of Boccaccio (The Decameron)", Translated from the Italian into English with eleven original etchings, by Leopold Flameng, and with his imprint "Philadelphia, G. Barrie, Importer, 1881".

Leopold Flameng (1831-1911) was one of the leading French artists (painter, engraver, illustrator) of the 19th Century. In 1898 he received a honor membership in French Academy of Fine Arts. His paintings and etchings are represented in almost all major art museums and collections of the world.

"The Decameron" is a collection of 100 novellas of broad-sweeping comic views. It was written by Italian author Giovanni Boccaccio, probably begun in 1350 and finished in 1353. The tales are set in 1348, the year of the Black Death. Florence is a dying, corrupt city, described plainly in all of its horrors. Seven ladies and three gentlemen meet in a church and decide to escape from the Charnel house of reality by staying in the hills of Fiesole; there they pass the time telling stories for ten days.

From the Preface"...The first English translation however, of the whole Decameron, did not appear till 1620. In France, Boccaccio found early and illustrious imitators. In his own country he brought his native language to perfection, and gave stability to a mode of composition which before his time had only existed in a rude state in Italy; he collected the current tales of the age, which he decorated with new circumstances, and delivered in a style which has no parallel for elegance, naivete, and grace. Hence his popularity was unbounded, and his imitators more numerous than those of any author recorded in the annals of literature. "A translation of the Decameron which appeared in 1741.." --W.K.K.

Etching is a most exceptional art in some respects; there is certainly no other product of human labour, except poetry, of which it is so difficult to foresee the condition in any future time, immediate or remote. It will add to the clearness of what I have to say on this subject, if I begin by establishing a distinction which is more necessary in these times than it has ever been before. We have now a school of etchers in France, founded chiefly by Leopold Flameng, though Jules Jacquemart and others have worked independently in the same spirit; and the purpose of this school is to interpret pictures upon copper by the processes of etching, in a more spirited and artistic manner, in a manner more perfectly in sympathy with the feeling of the painters, than was ever possible with the rigidities of line-engraving...

Flameng, Jacquemart, Rajon, Boilvin, Le Rat, HeMouin, Greux, Courtry, Laguillermie, and others are all efficient workmen in this kind of engraving; and there appears to be no reason why their school should not be indefinitely extended, for theirs is an art that can be taught and learned, if only the pupil has the capacity to see and understand what is essential in fine art, a capacity not exceedingly rare in any highly civilized European nation, certainly not rare in France. These then are the engraver- etchers, working from pictures painted by other men, and nearly always either in full tone or at least with a serious attempt to reach it.

These men work with certainty, and if a publisher gives them commissions he may indulge in reasonable hopes that they will be executed. But, on the other hand, there is a class of etchers who attempt to produce original work in which the main purpose is the expression of some strong sentiment concerning life and nature, and here we find, instead of the teachableness of a trade, the incommunicability of an inborn gift; instead of a reliable professional skill...