Stevens Auction Company Aberdeen, Miss., and Flomaton, Ala. Stevens Auction Company was founded in 1984 by Dwight Stevens, who has had a lifelong interest in antiques and architecture. He turned these hobbies into a full-time profession, attending the Missouri Auction School in Kansas City, from which he graduated as a certified auctioneer. He joined the National Auctioneers Association and helped organize the Mississippi Auctioneers Association. In the early days, Stevens Auction Company sold anything and everything, from grocery stores to farm equipment. But over the years, the firm became specialists in the marketing and selling of antiques, as well as the organization and management of large estate auctions. Today, the company holds estate auctions at some of the most prominent old homes in the South, not just in Aberdeen, Miss. Recently, Mr. Stevens acquired the building in Flomaton, Ala., that previously housed the legendary Flomaton Antique Auction, Inc., which closed its doors after more than four decades of serving the Gulf Coast region. The building, an historic former theater facility built in 1926, will now serve as Stevens Auction Company's second auction house. An inaugural sale is planned for Nov. 12. In June 2002, Stevens Auction Company purchased the historic Adams-French Mansion, at 301 Meridian Street in Aberdeen, to be its premier auction facility. A fire gutted the mansion in June 2006, and since then Mr. Stevens has spent time and money restoring and refurbishing the home to its original splendor. Now, with the restoration complete, Mr. Stevens uses the mansion as his primary residence. For more information about Stevens Auction Company and the firm's calendar of upcoming events, please visit www.stevensauction.com. Or, you may call them at (662) 369-2200.
320 Palafox St
Flomaton, AL 36441
USA
662-369-2200
Send MessageConsign Item
Upcoming AuctionsNewsPast Auctions

Upcoming Auctions from Stevens At Flomaton

Stevens At Flomaton has no upcoming auctions. Follow this auctioneer to hear about new auctions.

News about Stevens At Flomaton

Stevens to open Flomaton, Ala. branch with auction Nov. 12

FLOMATON, Ala. – Stevens Auction Co. – already an auction powerhouse in the Southeast – is about to expand its presence in the region, having recently acquired the building in Flomaton that previously housed Flomaton Antique Auction Inc. Stevens will conduct an inaugural sale at the facility on Saturday, Nov. 12, beginning at 10 a.m. […]

Past Auctions from Stevens At Flomaton 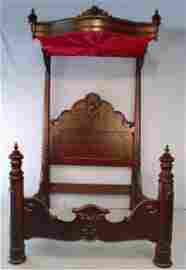 Flomaton, AL
Auction Ended
View:
24
Get notifications from your favorite auctioneers.
As Seen On
Shop With Confidence
Since 2002, LiveAuctioneers has made exceptional items available for safe purchase in secure online auctions.
Trustpilot
Company
Winning
Selling
© 2002-2021 LiveAuctioneers. All Rights Reserved.Cookie PolicyTerms & ConditionsPrivacy Policy
This site is protected by reCAPTCHA and the Google Terms of Service and Privacy Policy apply.
BACK TO TOP