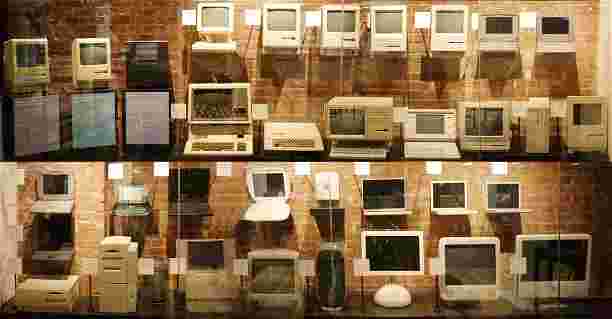 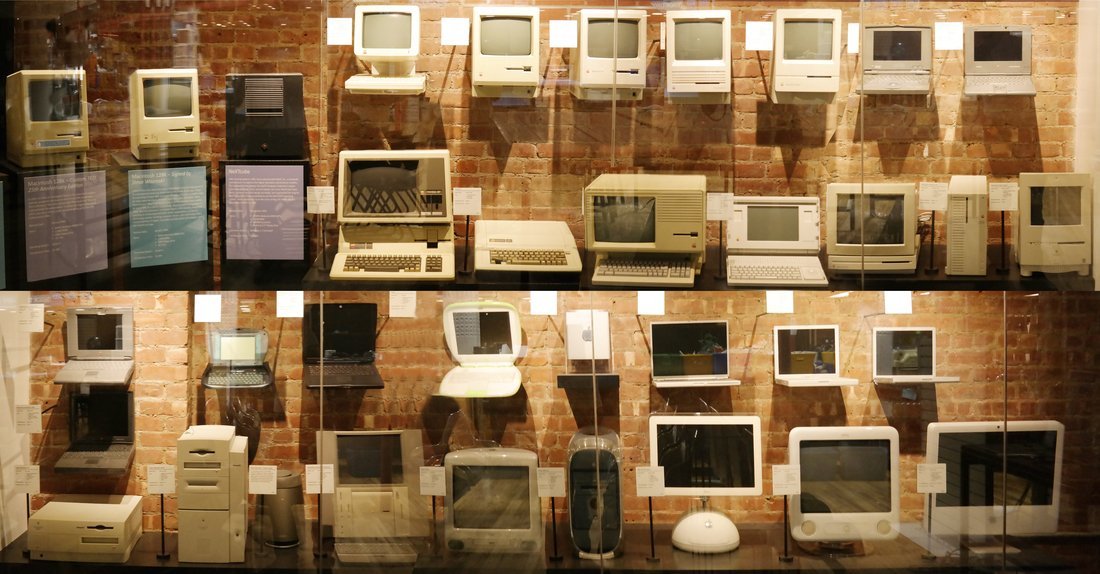 Tekserve’s MAC MUSEUM is a high quality display of 35 computers with accompanying text, describing the revolution Apple brought about from 1984-2004.
The first computer in the collection is signed by Steve Wozniak, the ingenious engineer who, with Steve Jobs, brought it all to life. Other highlights include the NeXT Cube, the Lisa and a 20th Anniversary Mac. Together they tell a story, and what a story the history of the Mac and Apple is, from boom to bust to behemoth.

The Mac Museum has been on display at Tekserve, dubbed New York City’s “original Apple Store,” by the New York Times. It was assembled carefully and documented by Tekserve co-founder Dick Demenus and his colleagues over a period of years. This curated collection consciously omits variants. Each item represents a landmark in the evolution of the Mac for both technology and aesthetics.

Customers always gravitate to the exhibition and spend many a megapixel photographing it. Wherever it goes it will in itself become a destination.