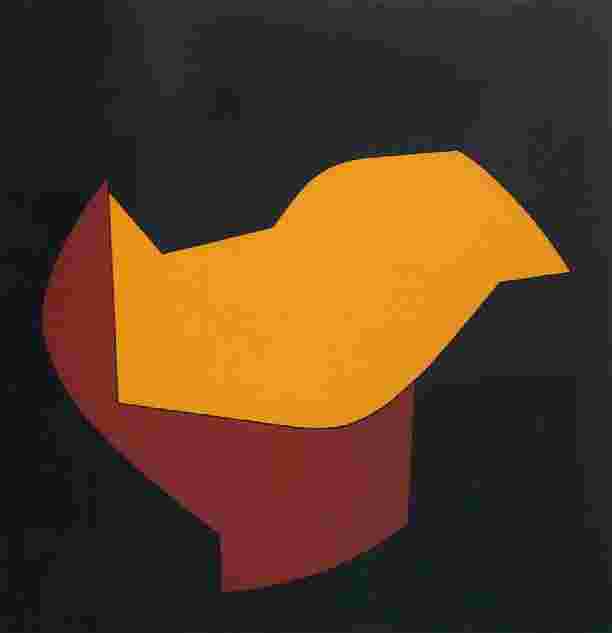 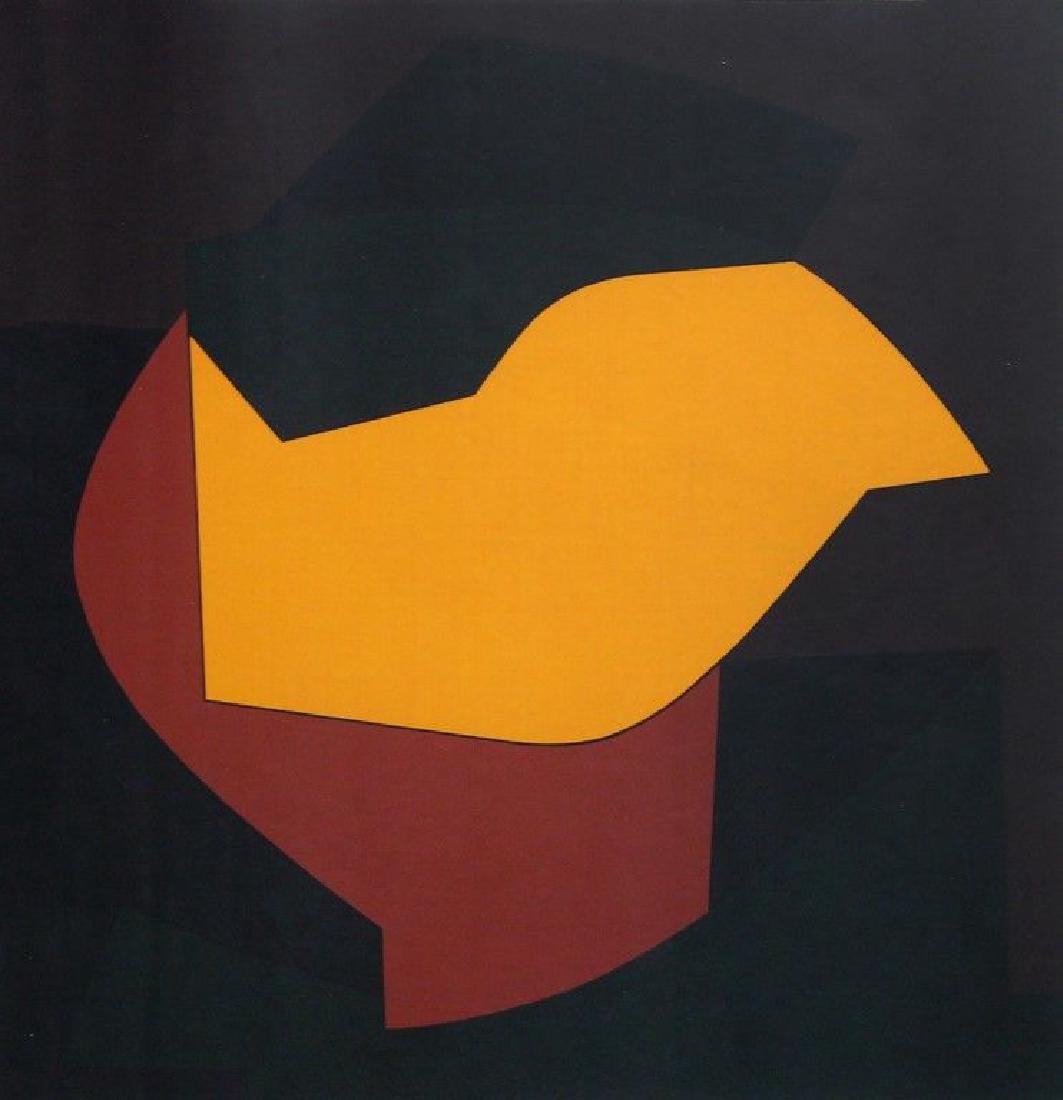 Victor Vasarely (Hungarian-French, 1906-1997) is one of the founding fathers of the Op-Art movement in Europe. His brightly colored optical patterns introduced a visually kinetic aspect to the traditionally flat paintings of his generation. Vasarely originally planned on becoming a doctor, however he abandoned medicine to follow his passion in the arts and enrolled at Sandor Bortnyik's private art school called Muhely, at the time widely recognized as Budapest's centre of Bauhaus studies. Unfortunately, the Muhely was not well funded and could not offer courses at the same level of quality as those offered at the Bauhaus. Consequently, they offered more pragmatic choices such as applied graphic art and typographical design, which later became the groundwork of Vasarely's style.