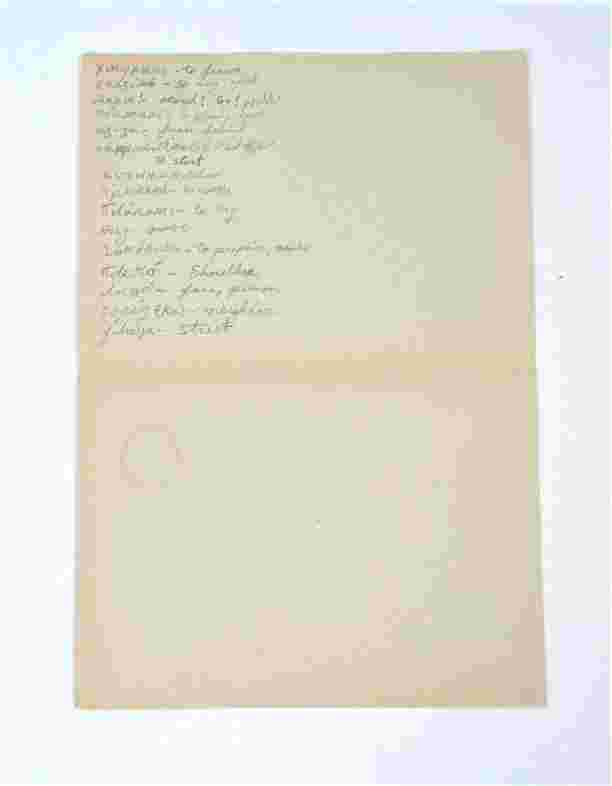 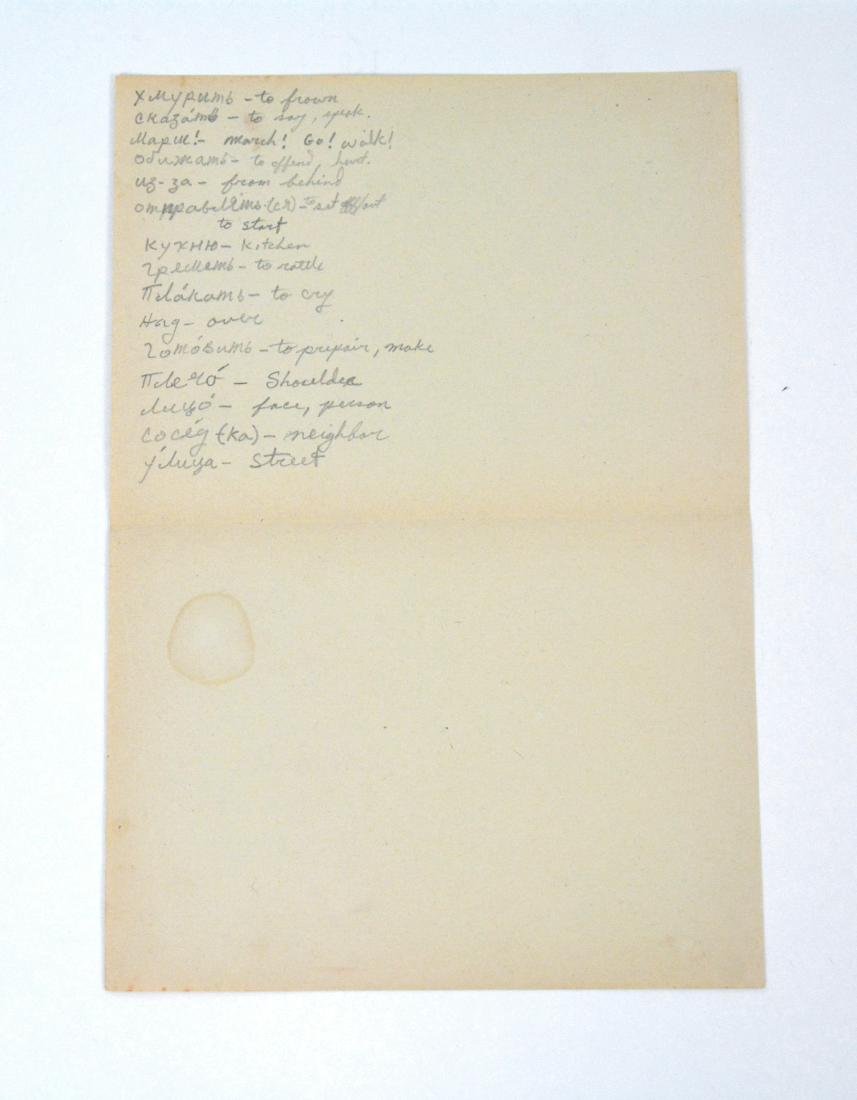 The pristine note contains a list of hand written Russian words defined in English. The 10.5 x 7.5" list is handwritten in pencil on cream colored paper and remains intact.

On Aug. 17, 1960, his 31st birthday, Francis Gary Powers went on trial in Moscow. Only three months after being shot down in his U-2 aircraft, Powers was charged by the Soviets with espionage and sentenced to 10 years of imprisonment, including seven years hard labor. At the time, Powers did not speak Russian and had no contacts in the country.

Powers began learning Russian during his time in prison. This list is a historical account of his Russian education. At a time when the world was on the brink of chaos, any connection to Russia was suspect. Powers learning the enemy language was seen as problematic back on US shoes where he was labeled a defector. Years later the CIA published a report on Francis Gary Powers's conduct, saying he acted honorably throughout his service - and entirely in accordance with the instructions given to him.

2,060 Followers
Get notifications from your favorite auctioneers.
As Seen On
Shop With Confidence
Since 2002, LiveAuctioneers has made exceptional items available for safe purchase in secure online auctions.
Popular Searches
Artists & Creators
Brands
Style Periods
Origins
Company
Winning
Selling
Â© 2002-2020 LiveAuctioneers. All Rights Reserved.Cookie PolicyTerms & ConditionsPrivacy Policy
This site is protected by reCAPTCHA and the Google Terms of Service and Privacy Policy apply.
BACK TO TOP