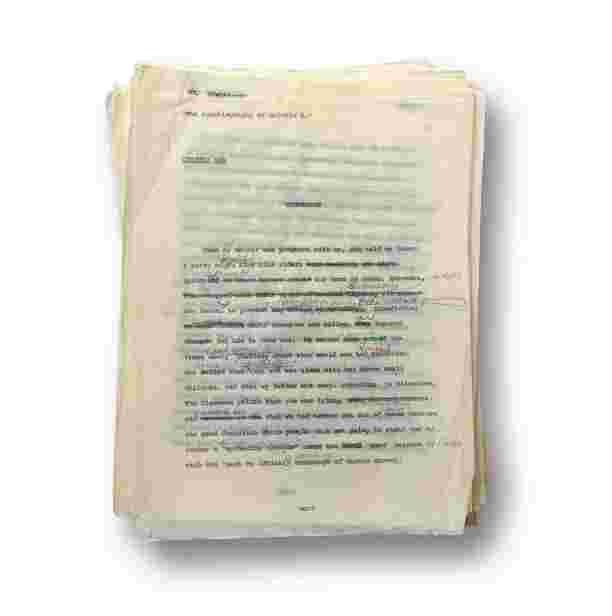 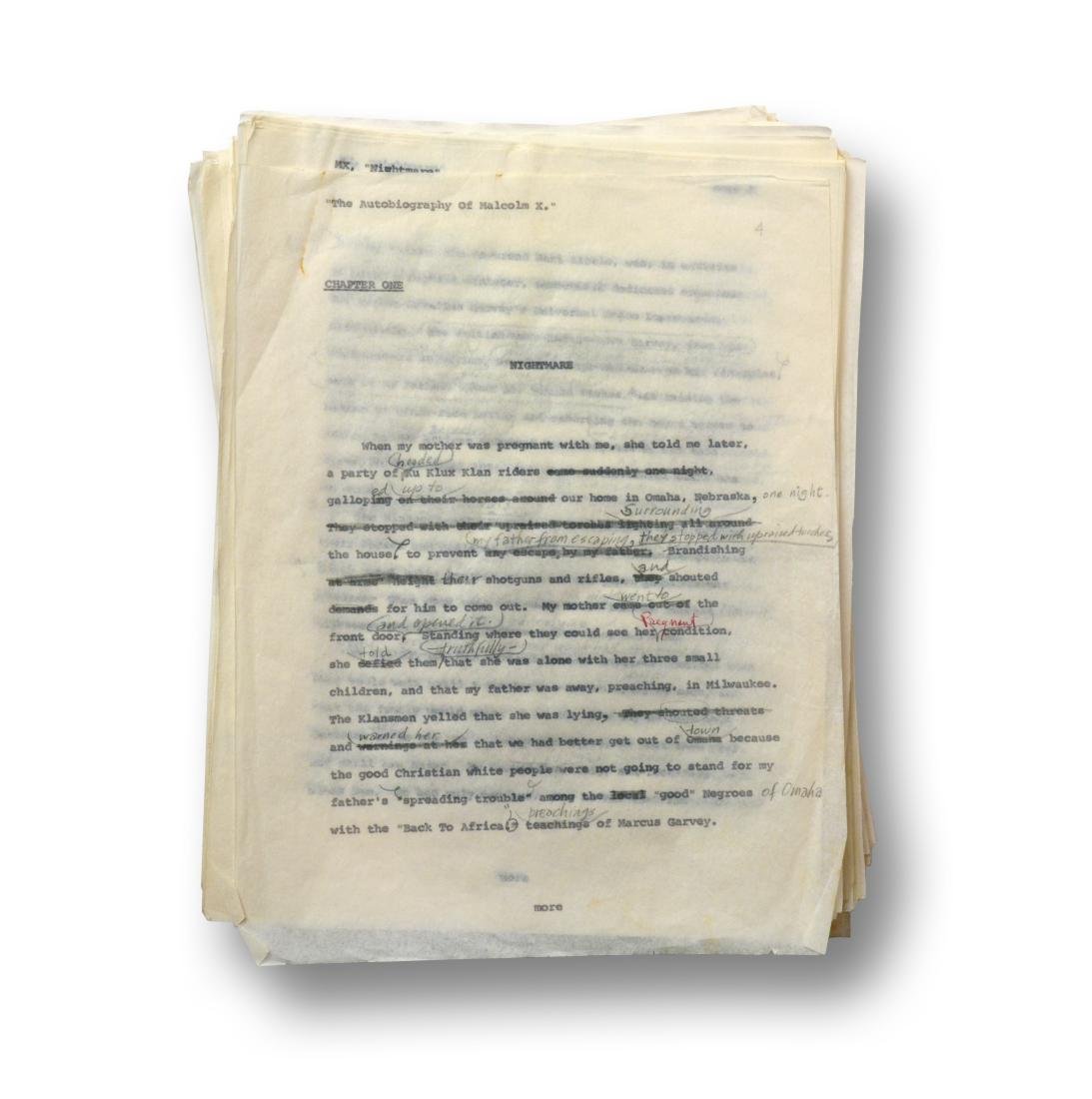 The existing pages from the Alex Haley manuscript for the Autobiography of Malcolm X. Written by Malcolm X in collaboration with Alex Haley, the typewritten manuscript features handwritten notes, edits, and additions by both Malcolm X and Alex Haley, made in red and green ink respectively, on onionskin. Also includes pencil edits made by an unknown editor. This manuscript contains chapters one through five ("Nightmare," "Mascot," "Homeboy," "Laura," and "Harlemite"), eight ("Trapped"), and fifteen ("Icarus"). A total of approximately 241 pages.

Malcolm X was an activist famous for his powerful rhetoric and provocative indictment of white, racist America. Alex Haley was a writer best known for his Pulitzer Prize-winning book Roots. The two men were among the most influential people of their time.

Malcolm X has added comments throughout the manuscript. Some examples of this are: In the first Chapter, Nightmare, on page 41, describing the gradual mental deterioration of his mother, the text reads, "The court orders were signed, finally. They took my mother to the State Mental Hospital at Kalamazoo...A Judge McClellan in Lansing, they called him a "Probate Judge," whatever it means, had the authority over me and all of my brothers and sisters. We were "state children," court wards; he had the full say so over us." At the top of this paragraph Malcolm X wrote, of his mother, "Eventually my mother suffered a complete nervous breakdown." At the bottom, he writes, of the Judge, "a white man in charge of a black man's children! Nothing but legal, modern slavery!" An anonymous editor, after this note, writes, "however kindly intentioned."

These series of edits are particularly interesting as they highlight something that continuously occurred during the writing and editing of the Autobiography of Malcolm X - other editors, Alex Haley included, attempted to soften down X's words. Haley and X in fact frequently would struggle for control during the writing of this book. This reached a culmination in the exclusion of three chapters - that Malcolm X insisted be a part of the final printing - from the published book. Interesting to note, in the published book, "however kindly intentioned" is included. The edits in this manuscript serve as a barometer of what were actually X's words, and what was the influence - or tyranny - of various editors.

Gregory Reed was Rosa Parks' lawyer, and consequently had in his possession a number of documents relating to African American history and the Civil Rights movement. Additionally, he represented the family members and Estates of members of various Motown groups, such as the Temptations.