Civil War Diary of a Slaveholding Alabama Soldier in 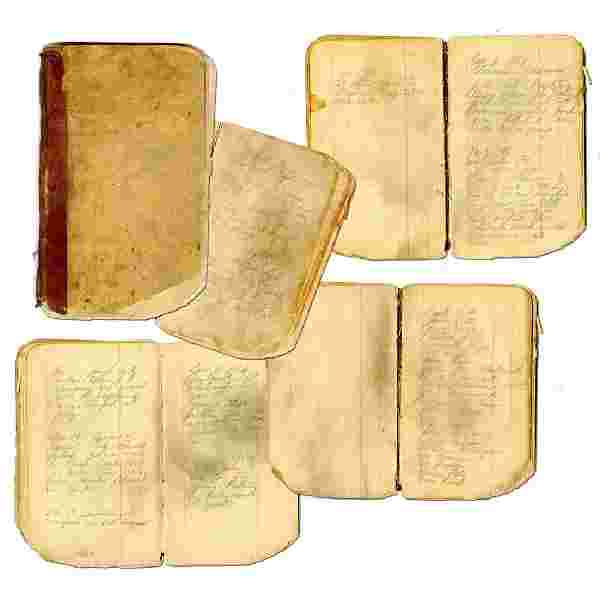 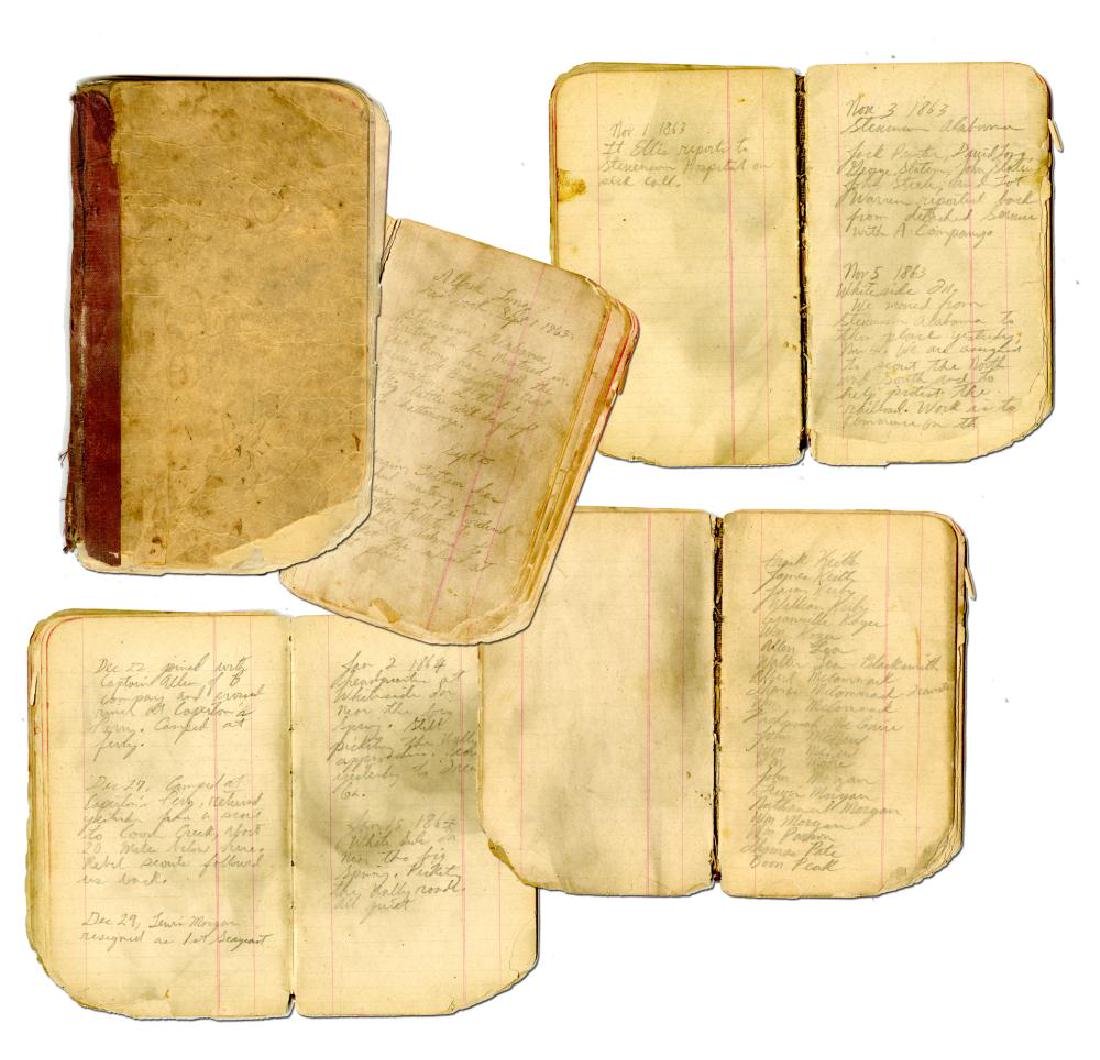 “Big battle reported at Chattanooga. rumors are of Union victory.”

This diary illustrates a little-known aspect of the Civil War—southern slaveholding soldiers who fought for the Union. Captain Alfred Long, a fifty-year-old Tennessee native was a farmer in northeastern Alabama who owned slaves when he enlisted to restore the Union. After serving for six months in the 1st Tennessee and Alabama Vidette Cavalry, Long went home on sick furlough and died just over two weeks later. This remarkable diary also includes a list of the soldiers in Long’s Company C, including many of his friends, neighbors, and relatives (at least one brother-in-law, one nephew, and the husbands of both of his adopted daughters). He also notes at various times throughout the diary the deaths from illness of soldiers in his company.


September 1, 1863: “Stevenson Alabama Waiting to be Mustered in. Our Army has crossed the river at Bridgeport without opposition. I think a big battle will be fought at Chattanooga.”

Long was correct to expect a major battle. From September 18-20, 1863, the Union Army of the Cumberland under General William Rosecrans fought the Confederate Army of Tennessee under the command of General Braxton Bragg at the Battle of Chickamauga. With 125,000 soldiers involved, it was the first major battle of the Civil War fought in Georgia, the most significant Union defeat in the West, and had the second-highest number of casualties of any battle, ranking behind only the Battle of Gettysburg. The Union Army of the Cumberland retreated into Chattanooga, where the Confederates besieged it.

September 17: “Bragg has left Chattanooga and is reported to be in retreat to Atlanta Georgia.”

September 21: “Reports of a big battle below Chattanooga in Georgia, our Army has retreated to Chattanooga. We are waiting for issue of arms, horses, saddles.”

September 25: “Company still at Place of organization being equipped and drilled. Stevenson is becoming the Main Supply depot for the Whole Army.”

September 30: “Company is still at Camp of Muster and organization. Lieutenant Ellis and ten men made a scout along railroad toward Sherwood and Cowan Tunnel yesterday. Trains arriving here every hour. Advance elements of Hooker’s II Corps Arrived today. Our horses in fine shape except many need shoeing.”

Sherwood, Tennessee, is 15 miles north of Stevenson, Alabama. Major General Joseph Hooker commanded the XI Corps and the XII Corps at this time.

October 1: “Camped near Depot, Lt. Ellis is camped with scouts at Mouth of Widow’s Creek near Bridgeport. Rain for the last few days. The Army’s Horses are all being sent from Chattanooga to the Sequatchie Valley due to lack of forage Supplies here at Stevenson are rotting for Want of Su[pply] Wagons.”

The Sequatchie Valley is approximately 15 miles west of Chattanooga and 20 miles northeast of Stevenson, Alabama, on the northwest side of the Tennessee River.

October 15: “Camped near Railroad Scout yesterday to Mud Creek and back. Trains arriving hourly at this place. Wagon trains are endless to Chattanooga and back. The rebel cavalry is reported to be in Sequatchie Valley near Jasper, Tn. Requested overcoats for Company from quartermaster dept.”

The mouth of Crow Creek is fewer than 4 miles south of Stevenson, Alabama.

October 29: “Major General Hooker has fought and defeated a large rebel force near Wauhatchee station in lookout Valley, and now has possession of the South side of Tennessee River.”

At the Battle of Wauhatchie on October 28-29, 1863, the XI and XII Corps of the Union Army under General Joseph Hooker seized Brown’s Ferry on the Tennessee River, opening a vital supply line to the Union Army in Chattanooga. Hooker’s rapid march into Lookout Valley from Bridgeport, Alabama, astonished Confederate Generals Braxton Bragg and James Longstreet. Despite a Confederate counterattack, the Union forces held Brown’s Ferry, opening the “Cracker Line” of supply for provisions, weapons, ammunition, and reinforcements for the besieged Union army.

November 5: “Whiteside Tn. We moved from Stevenson Alabama to this place yesterday, Nov 4. We are assigned to scout the North and South, and to help protect the railroad. Work is to commence on the Bridge across running Watch creek destroyed by the rebels. We are camped in a hollow by a good spring. Our wagons will arrive tomorrow. Weather is cold and rainy.”

November 7: “Today received the news of Lt. Ellis death in the hospital at Stevenson, Ala. At Age 44. Allen Lea promoted to Lieutenant to fill Lt. Ellis place.”

James Ellis (1806-1863) was not only Captain Long’s second-in-command; he was also his brother-in-law, the older brother of his wife Alecy Ellis Long. Allen Lea (1812-1898) was born in Tennessee and enlisted as a private in Company C of the 1st Tennessee and Alabama Vidette Cavalry from DeKalb County, Alabama, in September 1863. He was later promoted to 2nd lieutenant, and by March 1864 was a 1st lieutenant and assigned to recruiting duty.

November 20: “Scouts sent out South down Egypt Hollow under Lt Lea. Orders are to go as far as Trenton Ga if unopposed.”

The rumors proved true. In a remarkable series of maneuvers on November 24-25, Union forces dislodged the Confederates atop Lookout Mountain southwest of Chattanooga in the “Battle Above the Clouds.” The following day, troops commanded by Generals William H. Thomas and William T. Sherman ascended Missionary Ridge to the east of Chattanooga, driving General Braxton Bragg’s Confederates from their defenses and into retreat to Georgia. The battles lifted the siege of Chattanooga, and opened Georgia to the Union Army.

December 27: “Camped at Caperton’s Ferry, returned yesterday from a scout to Coon Creek, about 20 Miles below here. Rebel scouts followed us back.”

February 29: “ordered to Bridgeport Ala to join with Capt Allen’s Co.”

March 1: “I have left Lieutenant Allen Lea in command of this company and returning to my home on sick furlough. A Long Commanding.”

Long returned home to DeKalb County, Alabama, where he died of his illness on March 18, 1864.


The 1st Tennessee and Alabama Vidette Cavalry served in the Union Army between September 1863 and June 1864 in Alabama, Tennessee, and Georgia. It consisted of five companies organized at Stevenson and Bridgeport in northeastern Alabama, and three companies organized at Tracy City and Nashville, Tennessee. The regiment served as scouts and protected supply and communication lines for the Union Army operating in and around Chattanooga. After serving for approximately nine months, the regiment was mustered out on June 16, 1864.

Alfred Long (1813-1864) was born in Tennessee, the third of eleven children born to Henry Long and Zilpha Stephens Long, prosperous land and slave owners. Alfred Long married Alecy Ellis (1810-1890) in 1833 and moved to DeKalb County, Alabama. They raised twin girls, Jane and Sarah Ann Stewart, though they were not their children. In 1860, Long owned $4,600 in real estate and $6,000 in personal property (including six slaves). In September 1863, Long joined the 1st Tennessee and Alabama Vidette Cavalry, a Union regiment. On September 18, 1863, he was commissioned Captain of Company C and organized the troops at Stevenson, Alabama. Illness forced him to leave his company on March 1, 1864, to return home, where he died of disease on March 18.

Civil War Diary of a Slaveholding Alabama Soldier in