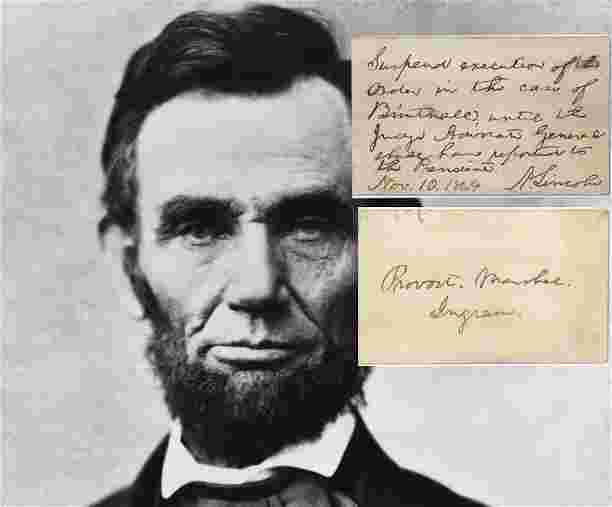 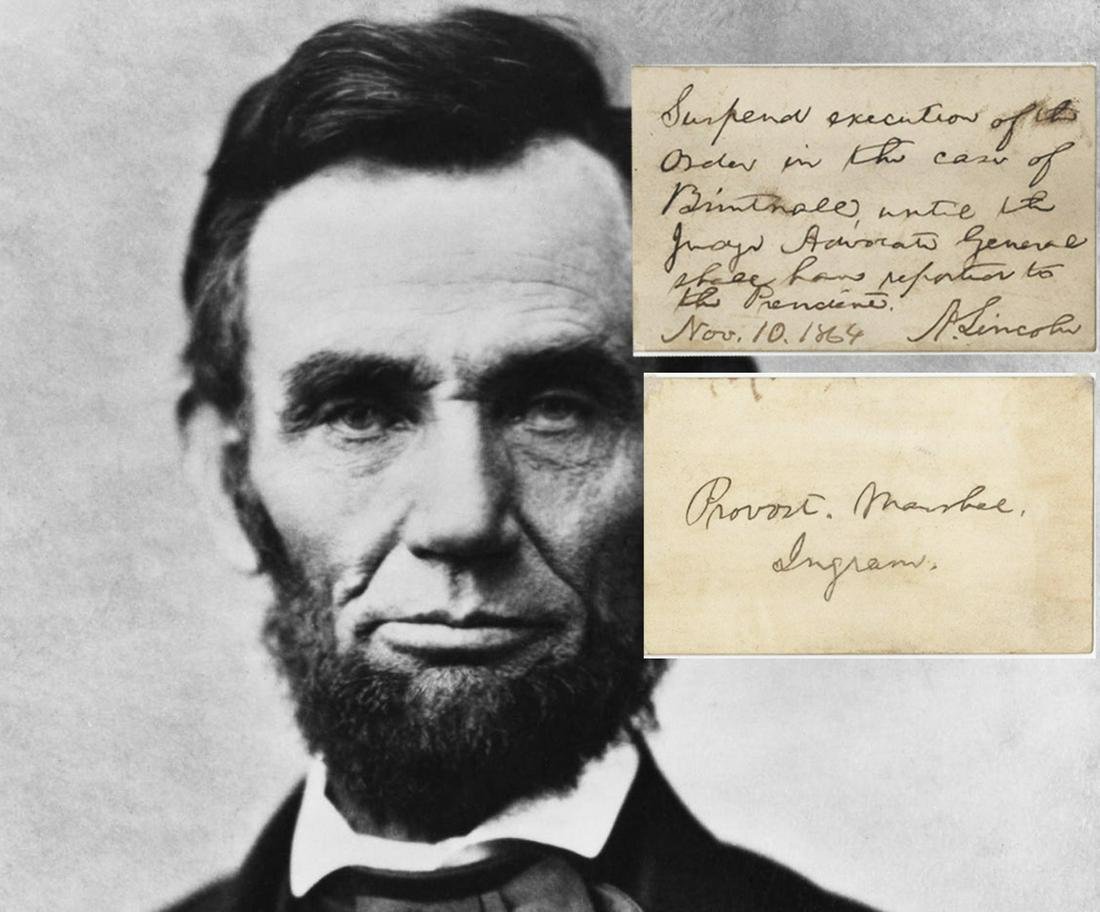 Superb Autographed Card Signed by Abraham Lincoln, 3.25" x 2", with over 24 words in Lincolns hand. Lincoln signed and dated the card,  "November 10, 1864", "A. Lincoln".  The verso of the card is also addressed in Lincoln's hand of "Provost. Marshal / Ingram". This is a unique and separate card handwritten by Lincoln, and not a clip from another document.

A fantastic order handwritten, signed, dated and addressed by Lincoln on a card shown in full below:

"Suspend execution of the order in the case of Brintnall, until the Judge Advocate General shall have reported to the President.

Penned by Lincoln just 2 days after his re-election. Colonel Timothy Ingraham was provost marshal in the military governor's office in Washington. Sewall Brintnall, a government contractor was convicted on charges of attempting to bribe a government official and was ordered to remain in prison. On January 25, 1865, Lincoln denied his application for pardon (DNA U.S. Army court Martial cases, RG 130, White House Office)

In 1864, Lincoln faced many challenges to his presidency. The war was now in its fourth year, and many were questioning if the South could ever be fully conquered militarily. Union General Ulysses S. Grant mounted a massive campaign in the spring of that year to finally defeat the Confederate army of General Robert E. Lee, but after sustaining significant losses at the Wilderness, Spotsylvania, and Cold Harbor, the Yankees bogged down around Petersburg, Virginia. As the fall approached, Grant seemed no closer to defeating Lee than his predecessors. Additionally, Union General William T. Sherman was planted outside of Atlanta, but he could not take that city. Some of the Radical Republicans were unhappy with Lincoln’s conciliatory plan for reconstruction of the South. And many Northerners had never been happy with Lincoln’s 1862 Emancipation Proclamation, which converted the war from one of reunion to a crusade to destroy slavery. On election day, Lincoln carried all but three states, and won 55 percent of the vote. He won 212 electoral votes.

This is a rare example of an fully autographed stand-alone order by Abraham Lincoln just days after his reelection.