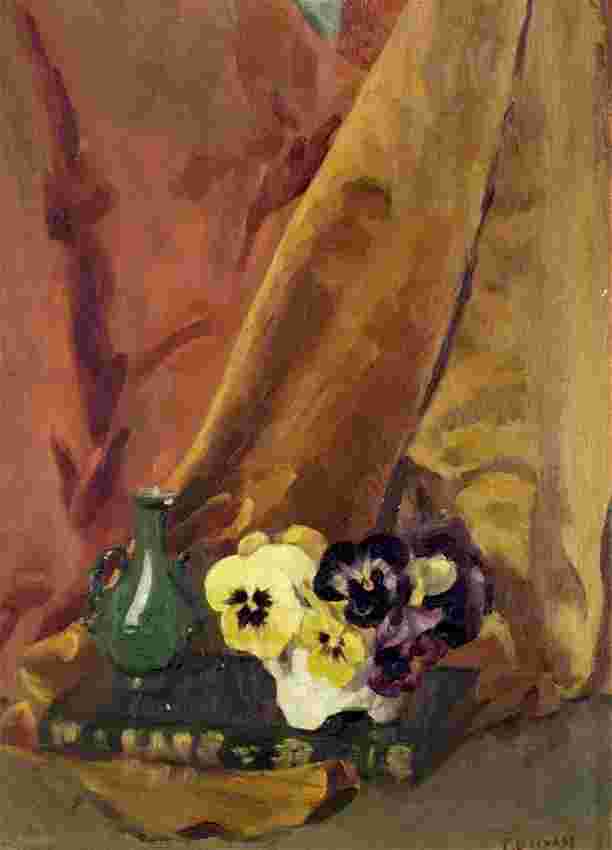 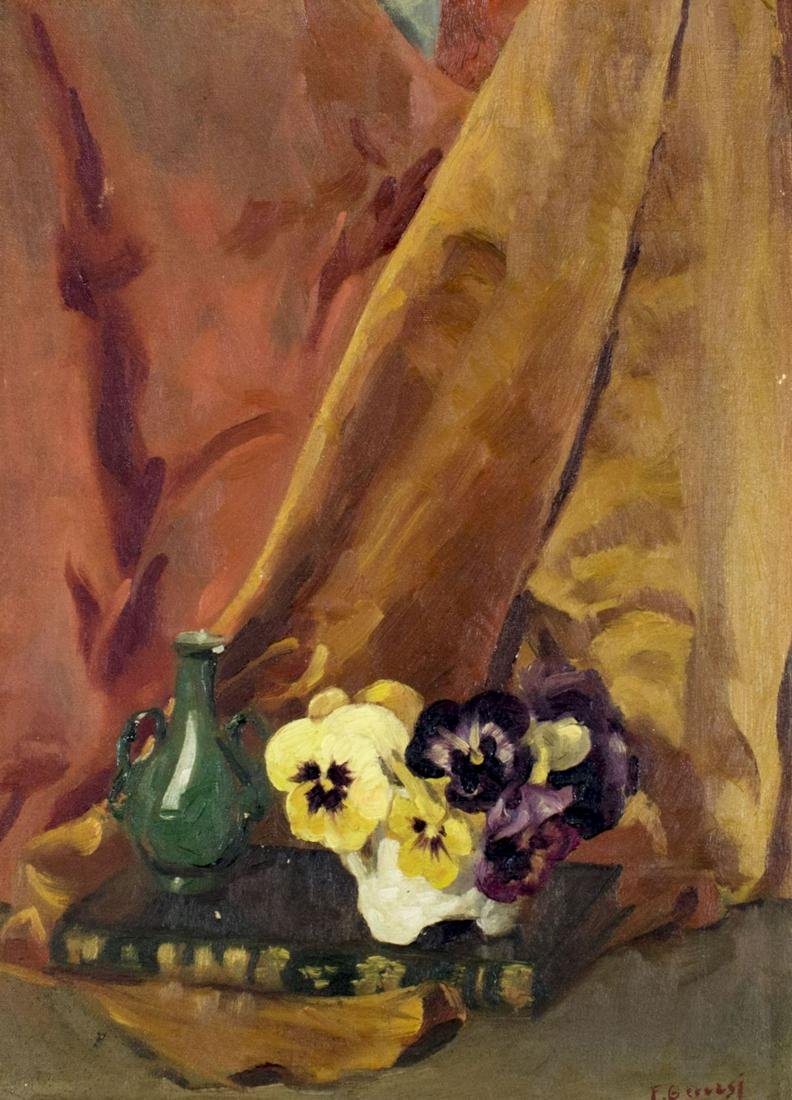 Frank Gervasi (Texas, 1895 - 1986)
Frank Gervasi was born in Palermo, Sicily on October l5, l895. He died at the age of 9 l on November 11, l986 in Marfa Texas.
He immigrated to New York in l908 and was naturalized in l9l9. He served in the U.S.Army with the 27th Division in WW 1 and lost his right arm (his painting arm) as a result of wounds received during the Battle of St. Michiel south of Verdun in France. After the war he was determined to continue his painting and was an inspiration to others at Walter Reed Army Hospital because he didn't give up.
The artist lived in Brooklyn Heights, Brooklyn, New York for a number of years and later in Tudor City in Manhattan.
He studied with master teachers George Luks,Robert Henri, Frank Dumont and others at the Art Students League of New York. He painted in oil the mountains of the Catskills, the Adirondaks, the skyscraper canyons of the city, still life and watercolor pieces. In l955 the "New York Times" featured a story and photograph of his painting, "Fire Escape."
Gervasi was a member of National Academy of Design, Allied Artists of America and American Watercolor Society. Salamagundi Club and Audubon Artists.
The Abell-Hanger Foundation of Midland, Texas commissioned Frank Gervasi in the late l950's to paint mural-size scenes of the Gomez Gas Field for its Museum. Because of this project, he relocated to Marfa,Texas, and transferred his abilities to the painting of canyons and mountains of the Southwest including Davis Mountains and Sangre de Cristo Mountains, New Mexico.
He has won many awards for his work.

1,918 Followers
Get notifications from your favorite auctioneers.
As Seen On
Shop With Confidence
Since 2002, LiveAuctioneers has made exceptional items available for safe purchase in secure online auctions.
Popular Searches
Artists & Creators
Brands
Style Periods
Origins
Company
Winning
Selling
© 2002-2020 LiveAuctioneers. All Rights Reserved.Cookie PolicyTerms & ConditionsPrivacy Policy
This site is protected by reCAPTCHA and the Google Terms of Service and Privacy Policy apply.
BACK TO TOP