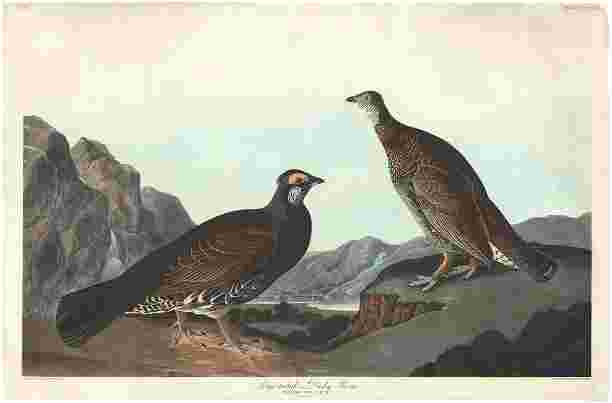 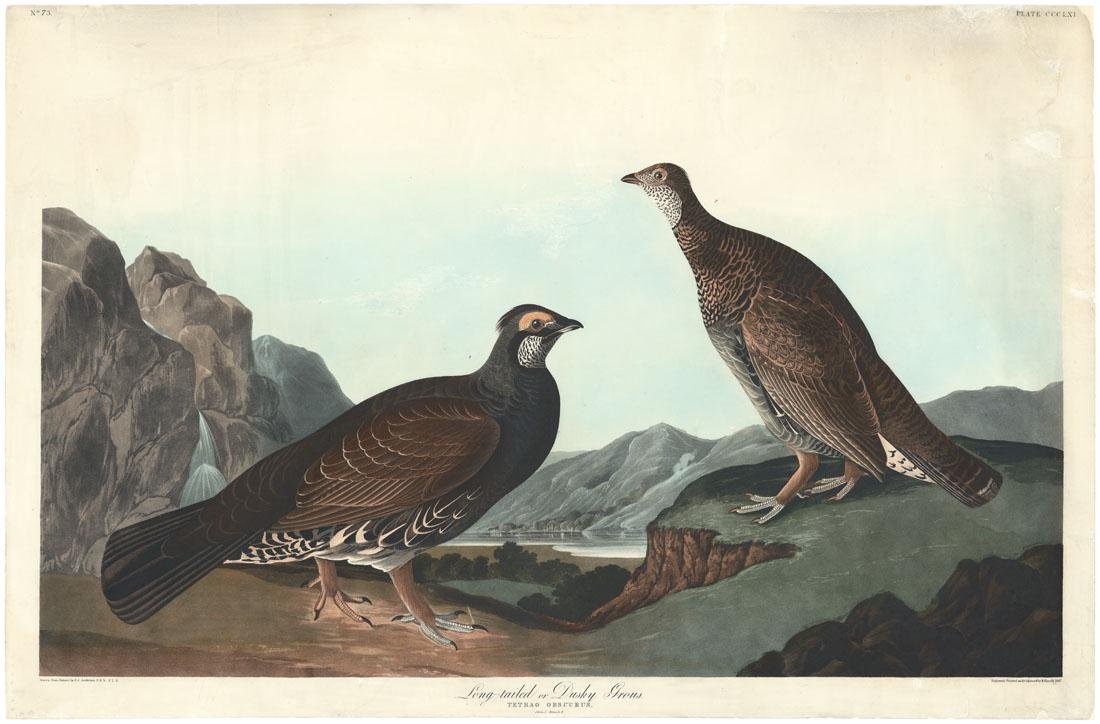 John James Audubon (1785-1851) America's most famous naturalist was born in Les Cayes, Santo Domingo (now Haiti), on April 26, 1785. His father was a French sea captain, Jean Audubon, and his mother, Jeanne Rabine, was a servant. After his mother died, his father brought him to his home in Coueron, France, a small town near Nantes, where he was raised by his father and step-mother. He was given a formal education; however, his passion was exploring and drawing birds and their nests. In 1803 he was sent to the United States to avoid Napoleon's draft and to run a farm in Mill Grove near Philadelphia that his father had purchased in 1789.

He then went on to produce the Quadrupeds also known as the Animals of America. These were published in the late 1840's and were done in elephant folio size, roughly half the size of the Audubon/Havell birds.