THE RAMONES at FIRST AVE IN MINNEAPOLIS 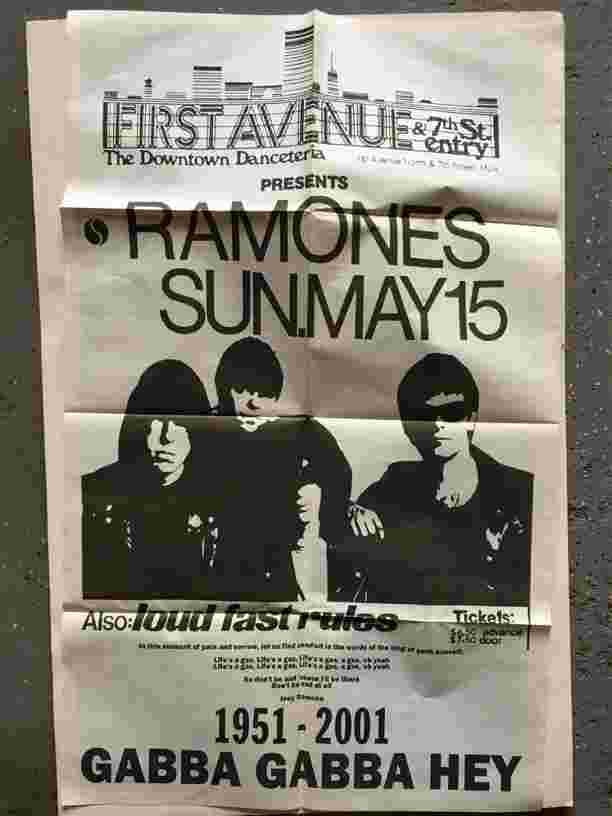 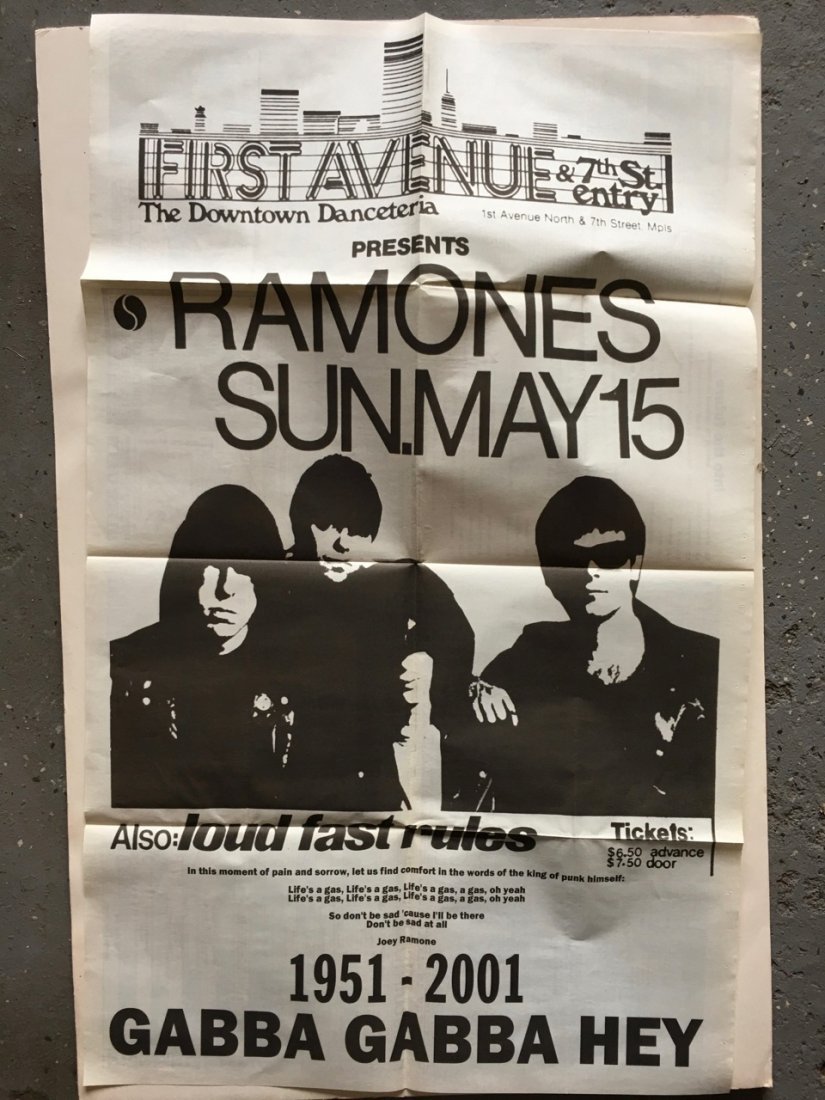 Original local run poster for a with THE RAMONES at FIRST AVE IN MINNEAPOLIS - 22 x 35.

The Ramones were an American punk rock band that formed in the New York City neighborhood of Forest Hills, Queens, in 1974. They are often cited as the first band to define the punk-rock sound.[1][2] Despite achieving only limited commercial success, the band was a major influence on the 1970s punk movement in both the United States and United Kingdom. All of the band members adopted pseudonyms ending with the surname "Ramone", although none of them were related. They performed 2,263 concerts, touring virtually nonstop for 22 years. In 1996, after a tour with the Lollapalooza music festival, the band played a farewell concert and disbanded.[3] By 2014, all four of the band's original members, lead singer Joey Ramone (1951–2001), bass guitarist Dee Dee Ramone (1951–2002), lead guitarist Johnny Ramone (1948–2004) and drummer Tommy Ramone (1949–2014), had died

THE RAMONES at FIRST AVE IN MINNEAPOLIS