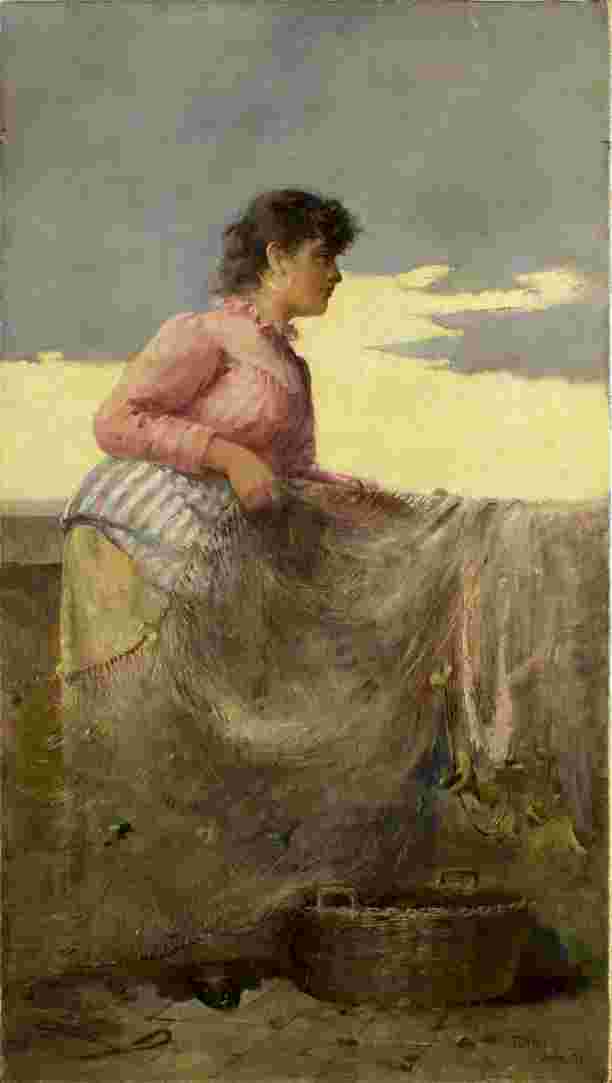 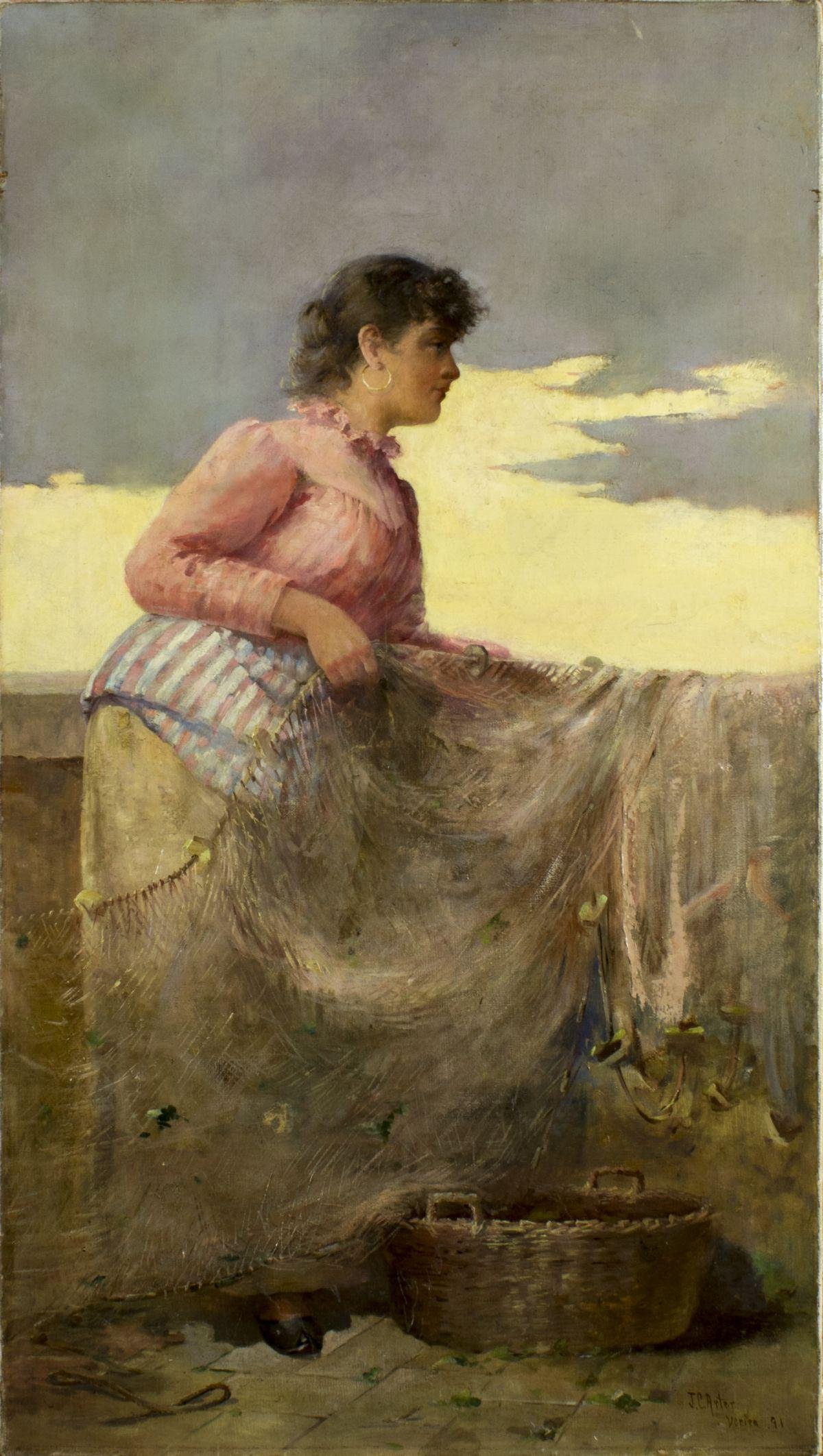 John Charles Arter (New York, Ohio, Europe, 1860 - 1923)
Arter was from Hanoverton, Ohio, the son of a farmer. Despite his father's determination to have his son follow in his footsteps, the lad made his way to Cincinnati where he made a living as a flower painter and by teaching others. Then in Paris he studied under Gustave Boulanger and Jules-Joseph Lefebvre, who taught hundreds of young, aspiring Americans at the Academie Julian. In the Paris Salon of 1888 Arter exhibited Interior: Picardie. Love Letter and Brazier followed in 1890. Another work, entitled Leaving Mass at Scheveningen, was on display at the Salon of 1891.
Arter went on to set up studios in Venice, London and New York. He spent twelve summers in Italy and became known for his portraits, including those of Pope Pius X and the King and Queen of Italy, who decorated him. According to Edna Maria Clark (Ohio Art and Artists, 1932), flowers and Venetian and Japanese scenes were his specialty. In a short article on Arter, "A Painter of the Orient," Metropolitan Magazine 7 (May 1898): 555-559, John T. Taylor described how the painter worked en plein air in Italy. "It is to his steady out-of-door work in Italy that Mr. Arter attributes the luminous quality which appears in his pictures. Not until he had spent his first year there, working entirely out-of-doors, he says, did he grasp the meaning of atmosphere." Arter also traveled to Japan. At the National Academy of Design between 1884 and 1897, Arter re-exhibited some of his paintings from the Paris Salon, as well as some genre works, such as Love Me, Love Me Not!, Water Carrier, Net Mender â€” Interior, and Healing Buddha.
The painter was living in New York in the 1890s. He died in Alliance, Ohio on December 29, 1923.
Having lived to see his reputation wane because of his portraiture style becoming out of date, Thomas Hicks died at Trenton Falls, New York, October 8, 1890.