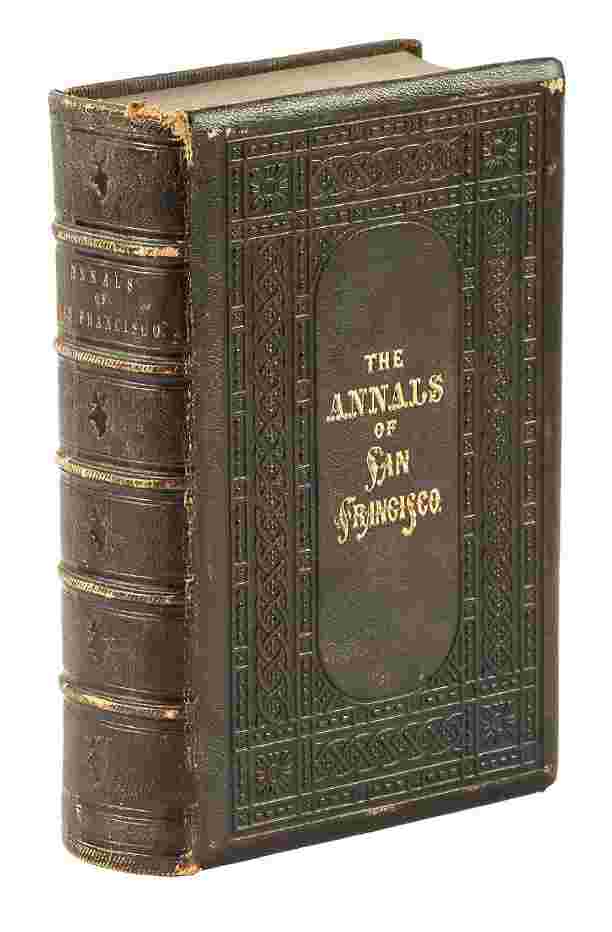 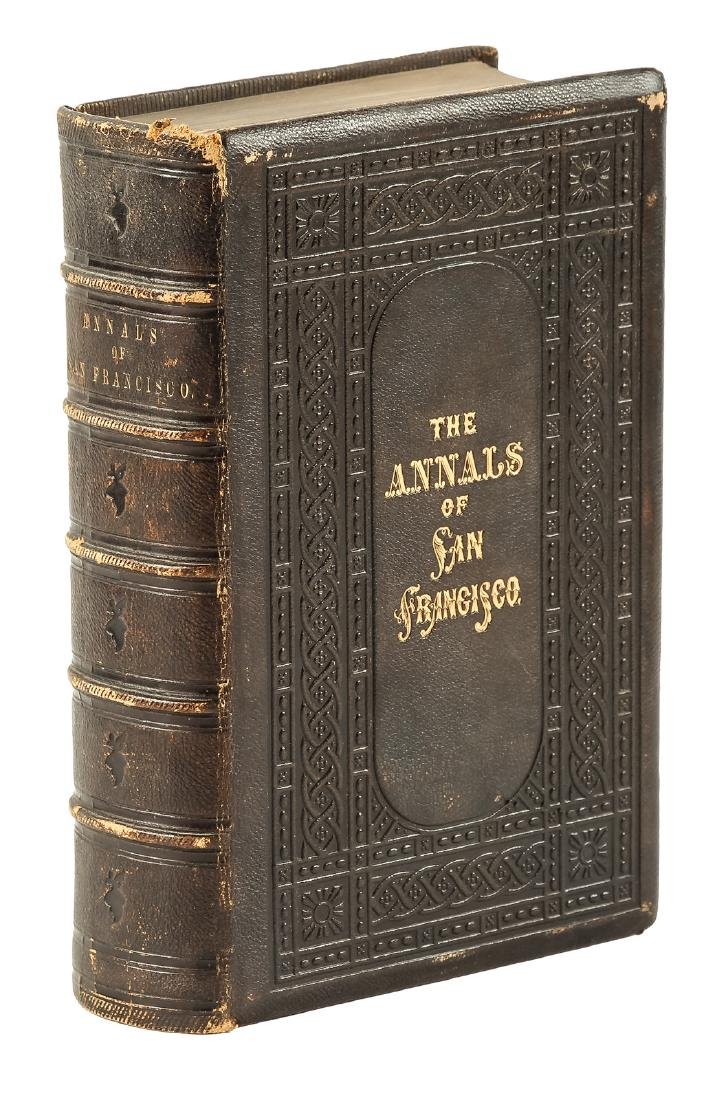 From the library of noted San Francisco bibliophile Alfred Sutro, with his signature and bookplate. One of the most desirable of the several different bindings in which the work was issued, a handsome full morocco with intricately embossed covers. The two maps are: "Map of San Francisco" (9.5x12.3 cm); and "General Map Showing the Countries Explored & Surveyed by the United States & Mexican Boundary Commission in the years 1850, 51, 52 & 53, under the direction of John R. Bartlett. U.S. Commissioner" (38.7x49 cm). This latter is a significant map of the American west and northern Mexico, with much detail in the regions newly wrested from the Mexican Republic. Kurutz 594; Cowan p.601; Graff 3901; Howes S769; Sabin 87268; Zamorano 80 #70.