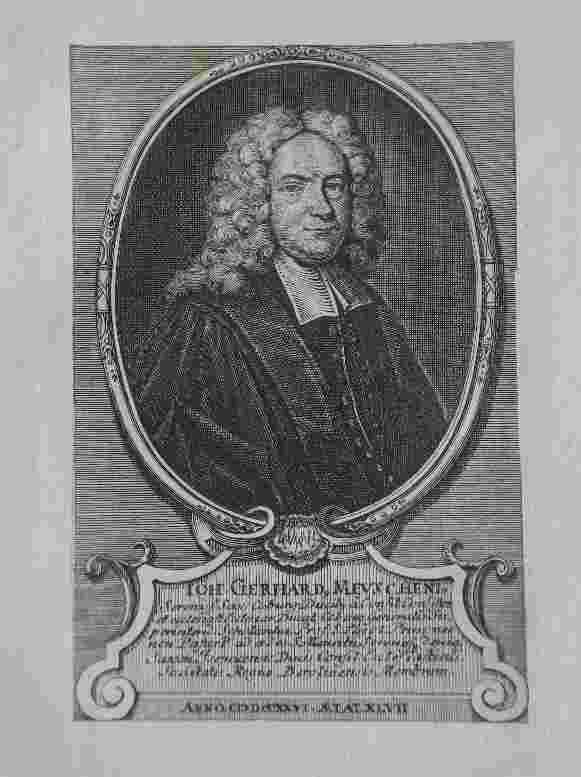 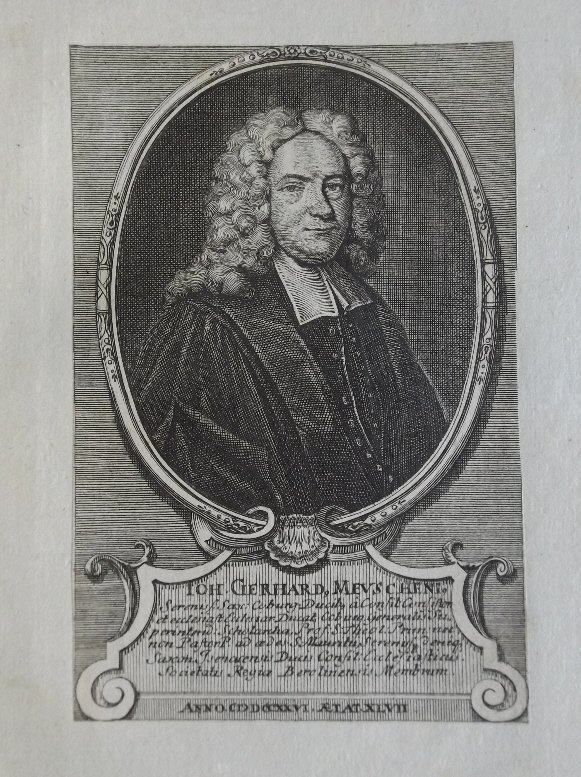 Meuschen studied theology and Oriental languages at the University of Jena, and in 1703 became an associate professor of philosophy at the University of Kiel. Afterwards, he served as a minister in Osnabruck (1705), the Hague, (1707) and Hanau (1716). In 1723, he moved to Coburg, where he was appointed community Kirchenrath, and in the meantime taught classes in theology at the gymnasium. He worked in Coburg for the remainder of his life.

With others, he was co-author of "Novum Testamentum ex Talmude et antiquitatibus Hebraeorum illustratum" (1736), which was a collection of treatises of the New Testaments from Jewish writings. Meuschen was an outspoken opponent of Jesuitism. In 1707, he released an anti-Jesuit pamphlet titled "Nugae venales Rullenses", a publication that was publicly condemned and burned.

Other noted works by Meuschen include:

726 Followers
Get notifications from your favorite auctioneers.
As Seen On
Shop With Confidence
Since 2002, LiveAuctioneers has made exceptional items available for safe purchase in secure online auctions.
Popular Searches
Artists & Creators
Brands
Style Periods
Origins
Company
Winning
Selling
Â© 2002-2020 LiveAuctioneers. All Rights Reserved.Cookie PolicyTerms & ConditionsPrivacy Policy
This site is protected by reCAPTCHA and the Google Terms of Service and Privacy Policy apply.
BACK TO TOP