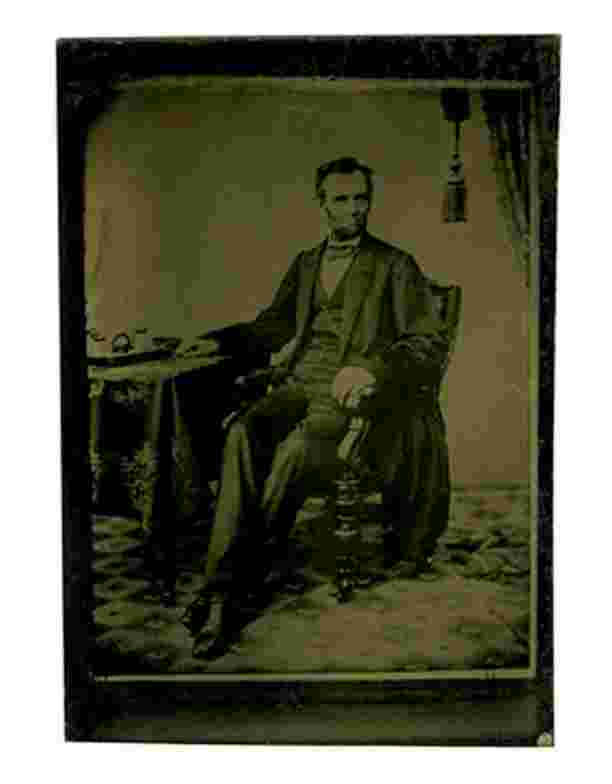 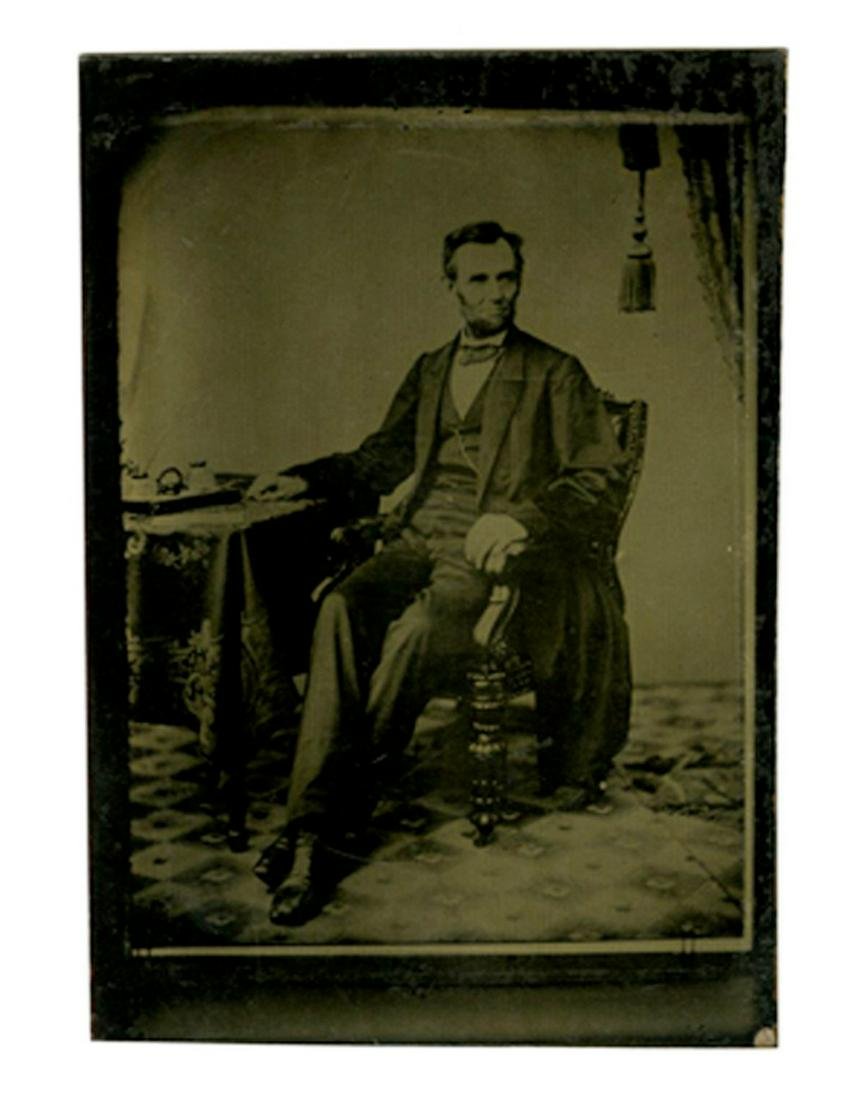 Lovely tintype photo of Lincoln, 2.5" x 3.5" from the original image by Alexander Gardner who took this portrait of Lincoln on November 8, 1863, along with four other studies made during the same sitting. The original portrait photo sold at auction by Sotheby's for $98,500 USD on 05 October 2011.

This Lincoln tintype is in excellent condition with a small 1mm chip to the lower corner tip. Verso has the word "Greenfield Village" etched in, with some residual glue adhesive. Greenfield Village is a part of the Henry Ford Museum of American Innovation  which brings the past forward.  It is a collection of nearly 100 historic buildings on a 200-acre (80-hectare) site in Dearborn, southeastern Michigan, U.S. It was established in 1933 by industrialist Henry Ford who relocated or reconstructed buildings there from throughout the United States, including a courthouse where Abraham Lincoln practiced law. Although we cannot confirm the origin of the tintype, the piece was likely acquired from Greenfield Village.